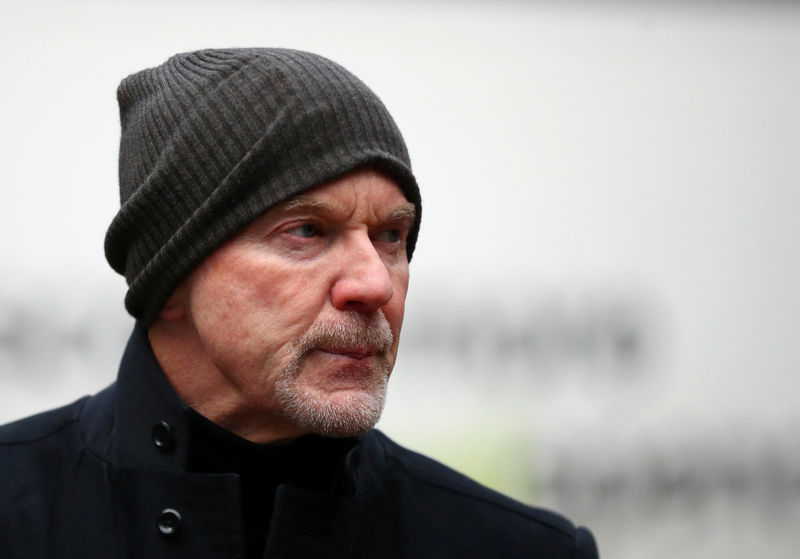 LONDON (Reuters) – Three former Barclays (L:) executives face a London jury in a high-profile criminal trial over how the British bank secured billions of pounds from Qatari investors and averted a taxpayer-funded bailout during the global financial crises in 2008.

Roger Jenkins, a former chairman of investment banking in the Middle East; Tom Kalaris, who headed the wealth division at the time; and Richard Boath, who led the European corporate finance business, are charged with fraud offences in a trial scheduled to begin next week and last up to five months.

The case is a rare example of a criminal prosecution of senior bankers at a global bank over conduct during the credit crunch more than a decade ago – and a high stakes trial for the UK Serious Fraud Office (SFO), which is prosecuting the case.

The taxpayer-funded SFO defied its critics, who have accused it of failing to pursue top executives and companies, by criminally charging Barclays Plc and four senior bankers in 2017, one month after the ruling Conservative Party pledged to roll the agency into a broader crime-fighting force.

But the ambitious, seven-year case, for which the investigator and prosecutor have received millions of pounds in extra government funding, has proved tricky.

Former Barclays chief executive John Varley, once the highest-ranking defendant in the case, was acquitted in June after judges ruled there was insufficient evidence against him. The SFO’s criminal proceedings against the bank were also dismissed by a court last year.

Varley and Barclays had each denied wrongdoing.

The case revolves around undisclosed payments to Qatar as Barclays raised more than 11 billion pounds ($13.5 billion) from investors in two cash injections in June and October 2008, allowing the bank to become one of the few major British banks to survive the credit crisis without direct government aid.

It hinges on what the bank told the market in public documents, such as the prospectuses and subscription agreements that outlined the fees and commissions that Barclays paid to investors, including former Qatari prime minister Sheikh Hamad bin Jassim bin Jabr al-Thani.

The three men each face both charges over the June capital raising, which include an allegation they conspired with former finance director Chris Lucas to make dishonest representations in public documents for profit or to expose others to loss.

The trial, which will be heard at London’s Old Bailey central criminal court, kicks off on Oct. 7 with jury selection.