Home
Market
U.S. agency reviews whether 2,000 Teslas should have been recalled
Prev Article Next Article
This post was originally published on this sitehttps://i-invdn-com.akamaized.net/trkd-images/LYNXMPEF93159_L.jpg 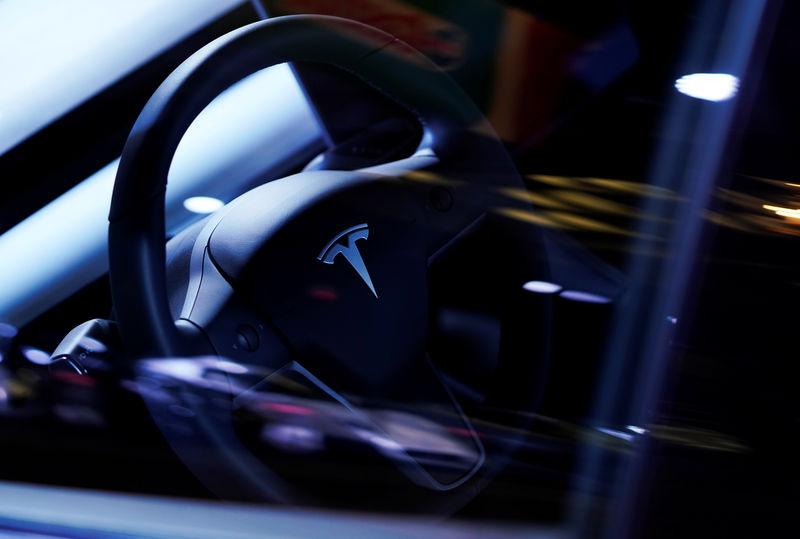 WASHINGTON (Reuters) – U.S. regulators said on Friday they were reviewing whether Tesla (NASDAQ:) Inc should have recalled 2,000 of its electric cars in May instead of issuing a software upgrade to fix a potential defect that could have resulted in battery fires.

The U.S. National Highway Traffic Safety Administration (NHTSA) said it opened a review to evaluate claims made in a petition about Tesla’s handling of the software upgrade in Model S and Model X vehicles from the 2012-2019 model years. The agency said the petition’s claims cover about 2,000 Tesla vehicles.

Tesla, headed by billionaire tech entrepreneur Elon Musk, has also been sued over updates to its battery-charging software, and this week faced complaints involving vehicles that crashed in parking lots while using a self-driving feature.

The 2,000 vehicles covered by the petition to the NHTSA received a battery management software upgrade in May in response to a potential flaw that could trigger non-crash-related fires. The petition was filed Sept. 17 by the offices of California lawyer Edward C. Chen on behalf of Tesla owners.

It said the software update was believed to have reduced the driving range of the affected vehicles by 25 miles or more per charge.

Chen said Friday that he strongly believes “and various reliable sources have indicated that this number is much larger than 2,000.”

The company did not immediately respond to requests for comment.

In August, a proposed class-action lawsuit filed in California on behalf of a Tesla owner by Chen claimed that Tesla knew some vehicle batteries were defective and “pushed out software updates despite knowing that the class vehicles would suffer from loss in range and performance.”

Tesla told Reuters in August that “a very small percentage of owners of older Model S and Model X vehicles may have noticed a small reduction in range when charging to a maximum state of charge following a software update designed to improve battery longevity.”

The lawsuit alleges Tesla placed a software-induced limitation on battery charging and other changes that make batteries charge more slowly. It also cites more than a dozen reports of Tesla’s vehicles catching fire over the past six years.

Tesla has not yet responded to the lawsuit in court.

After a Model S caught fire in Hong Kong, Tesla said it was revising charge and thermal management settings on Model S and X vehicles via an over-the-air software update out of an “overabundance” of caution. The goal was “to help further protect the battery and improve battery longevity,” it said.

Tesla later said it planned to improve the software update after some owners complained.

The National Transportation Safety Board and the NHTSA are investigating several battery fires in Tesla vehicles. The NHTSA has previously investigated other battery and charging system issues with Tesla vehicles.