The rate at which Americans died from firearm injuries increased by 14% from 2015 to 2017, according to a new study released this week. Since 1999, 612,310 Americans died from firearm injuries that were either due to suicide, homicide, accidental or of some other undetermined cause. Nearly one-fifth of those deaths happened in just those last three years.

The study, published in the latest issue of Health Affairs, a peer-reviewed journal, by a team led by University of Michigan researchers, used data from the Centers for Disease Control and Prevention. Jason Goldstick, a research assistant professor of emergency medicine at the U-M Medical School who led the analysis, said the data revealed “a worsening epidemic of firearm mortality.” 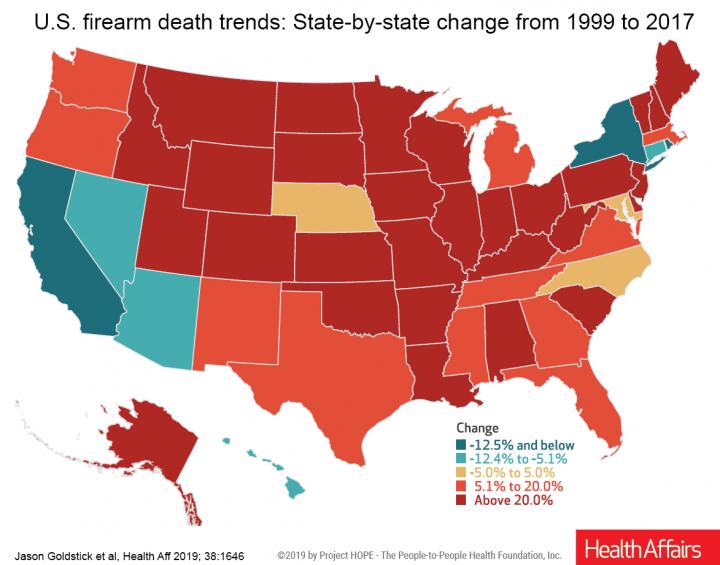 Men experienced a higher increase in firearm deaths than women, and Hispanic whites — American citizens who are racially white and of Hispanic descent and/or speak Spanish natively — were the only racial/ethnic group that saw reductions in firearm mortality, while firearm mortality rates among both non-Hispanic whites and African-Americans “increased significantly,” the study said.

Recommended: ‘Your way of life is under assault,’ Trump says at fiery GOP rally 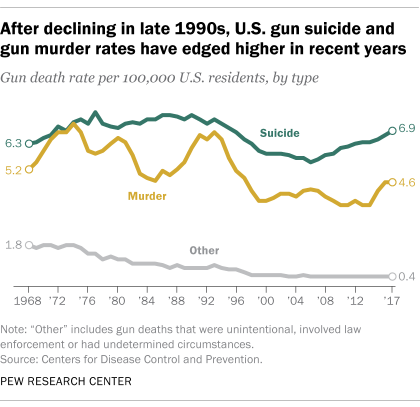 These trends in firearm deaths have implications for prevention, particularly in relation to how gun-control legislation should be enacted, Goldstick said. “For instance, suicide remains the most common mechanism of firearm mortality in most states” and prevention efforts could focus on the highest-risk groups for suicide, such as older males and adults in rural areas, he added.

To help reduce the number of women fatalities, the researchers recommended restricting firearm access among domestic violence offenders and people convicted of violent crime. To address suicides and unintentional deaths by firearms among young people, they said reducing access to firearms by children would likely help to reduce fatalities among this group of Americans. 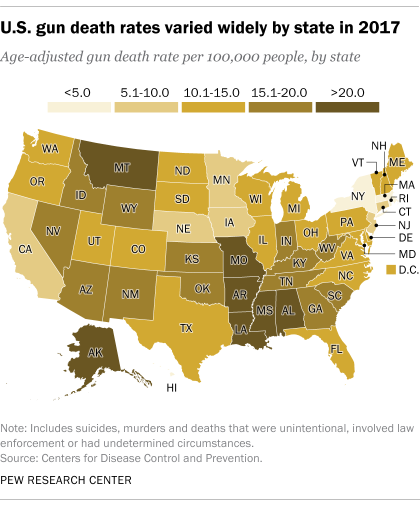