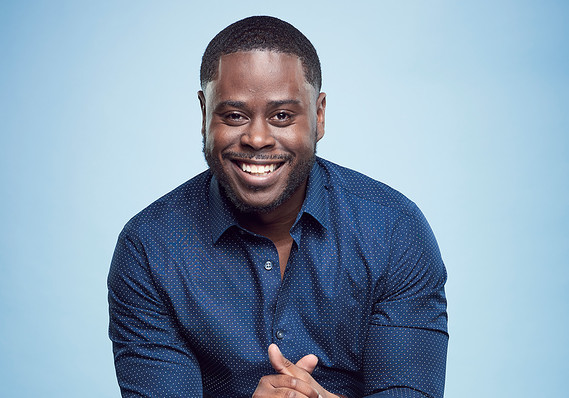 A cascade of bad decisions, including rapid-fire impulse buys and efforts to impress his peers, drove ONeal to that Oceanside, Calif., parking lot.

ONeal’s fall and rise began with a freshman-year hankering for pizza.

ONeal went to Palomar College in Southern California without a clear understanding of what he wanted to study or pursue as a career.

‘I just knew my parents wanted me in college, so I went to college.’

“I just knew my parents wanted me in college, so I went to college,” he said. He attended the San Diego-area school on his father’s GI Bill benefits and took out a $10,000 student loan.

He also went to school with little financial savvy, having grown up in a Christian home “pretty much focused on the Christian faith and school,” he said. Money talk was essentially confined to the expectation of a 10% donation to church.

“We never talked about building wealth and saving,” ONeal said.

That’s where the pizza came in.

On his first day of school, ONeal saw an array of credit-card representatives on campus. One offered him two large pizzas and a T-shirt just for applying. So he did, not expecting he would be approved. “I really just wanted the free food and the T-shirt,” he said.

The grub was a letdown — it was old and cold by the time he received it, he said, and his buddies took all but one slice. But that was nothing compared to what happened next.

‘To this day, I wished I had listened to my mother, because she was right.’

ONeal’s mother saw the mail when the card arrived at his home address, and told him he didn’t need a credit card. ONeal begged to differ.

“I just knew I was grown man,” ONeal said. “To this day, I wish I had listened to my mother, because she was right.”

“This is fun; this is easy,” he recalled thinking. “I went after every loan, every credit card.”

‘You made those choices. You need to leave.’

By his sophomore year in 2003, ONeal was planning to join a fraternity when he and some fellow pledges were kicked out of school for hazing. ONeal deeply regrets it all, he said, describing it as a time when he “walked away” from his spiritual path.

Booted from school and without his campus job, he thought he could move back in with his mother and stepfather. But ONeal says his stepfather told him, “You made the decision; you made those choices. You need to leave.”

Friends wouldn’t take him in, so ONeal went to a Walmart parking lot and lived out of his Nissan for six months, sound system and all.

ONeal cut grass, worked odd jobs and held a stock-clerk job at the discount chain Ross Stores ROST, +0.35%. He says he felt “abandoned” by his parents and by God. “I questioned why I was here,” he said.

Eventually, his stepfather told him it was time to come home.

“That was when my whole life switched around,” he said.

ONeal stomached a day job as a bill collector and worked nights and weekends washing cars. He occasionally chipped in with food expenses, but lived rent-free and devoted everything else to paying off his debt. He started with the smallest debts, and then moved to the largest.

The collection-agent job “was probably the biggest motivator, calling other people, hearing their stories, hearing them cry when I owed, just like them,” ONeal said. “It was hard.”

But it also “wasn’t comfortable,” he said. He paid off his debts in about two years and ditched the debt-collecting job as soon as he could.

ONeal moved east and became a youth pastor for a 30,000-member Jacksonville, Fla., church with 5,000 students. He spoke to them about the importance of financial literacy and the perils of making early mistakes like his.

‘They’re hungry for the knowledge. They just want it, but nobody’s really teaching it.’

“They’re hungry for the knowledge,” said ONeal. “They just want it, but nobody’s really teaching it.”

Don’t miss: Fewer young people are working — here’s why that could be a good thing

ONeal now speaks about his life to audiences across the country and is a frequent guest on Dave Ramsey’s radio show.

His second book, “Debt Free Degree,” which discusses how parents and students can plan for college without drowning in red ink, hits stores Oct. 7. ONeal, 35, now earns six figures as an author and speaker, and is on a mission to prevent other college students from making the same mistakes.

His book addresses two key points, he said: One, the fact that there’s “nothing wrong with going to a trade school or a community college,” and two, the “myth” that taking on debt is the only way to afford higher education when there are alternatives like community colleges, scholarships and on-campus jobs.

“I meet way too many smart, talented young people whose lives are being choked by debt,” ONeal writes in his book.

It’s been 16 years since the Nashville, Tenn., suburb resident’s college career abruptly ended, but he has no immediate plans to go back to school. College isn’t for everyone, he says.

“I’m a huge fan of education. I’m learning every single day; I just don’t have a piece of paper,” he said. “I’m in a good financial space. I want to go back and teach others.”