Home
Market
StockBeat: 2nd Thoughts on Trade, Brexit Bring Markets Back to Earth
Prev Article Next Article
This post was originally published on this sitehttps://i-invdn-com.akamaized.net/news/LYNXNPEEA60N7_M.jpg 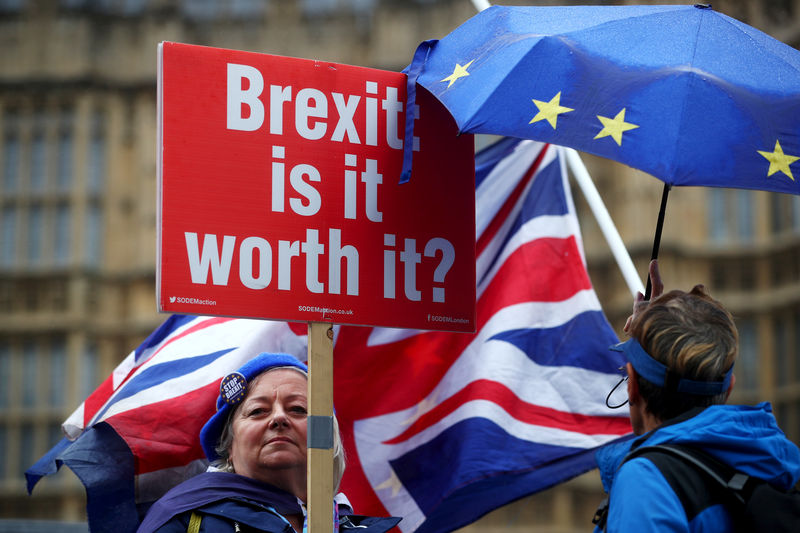 Europe’s stock markets were brought down to earth on Monday by Chinese data that showed how much economic activity has slowed reminding participants that it will need more than grand words and handshake deals to revive a global economy hobbled by various trade-related uncertainties.

By 5 AM ET (0900 GMT), the benchmark was down 0.7% at 388.84, having soared Friday to its highest since start of the month in anticipation of major progress in both Brexit and the U.S.-China trade dispute.

The German was 0.5% while the U.K. was down 0.4% and the midcap , made up of more U.K.-focused companies, fell a more pronounced 1.1%, as hopes regarding were scaled back.

Spain’s also fell 0.5%, led by its banking sector, after stiff sentences handed down to for their role in Catalonia’s attempted secession reminded investors of the ongoing political risks there.

Data released earlier showed China’s falling at the fastest rate in three years, while the euro zone’s in August was down 2.8% on the year, despite a monthly rebound of 0.4%. European Central Bank vice president said he didn’t expect the euro zone, which has been hit badly through its exposure to Chinese and British demand trends, to slip into recession.

Over the weekend, it became clear that the deal agreed between U.S. and Chinese trade negotiators was little more than a needed to manage expectations.

“There is a five week period for the two sides to write down exactly what they agreed to in the meeting,” said ING economist Iris Pang in a morning note. “This raises questions about how much “progress” has really been made.”

With the market bracing for an earnings season that is expected by many to show profits falling among European companies, the need for a breakthrough on Brexit has seldom been greater. But that too looks to be up in the air after the EU’s top negotiator reportedly told EU diplomats at the weekend that the U.K.’s latest proposals on managing the Irish border after Brexit weren’t workable.

The gloom in public markets has at least presented some opportunities for those with deep pockets and longer investment horizons. U.K. cyber-security firm Sophos Group (LON:) said Monday it had agreed to be bought by private equity company Thoma Bravo in a deal that values it at $3.9 billion including debt. The shares shot up by over 35% in response, back to the level they were at in June.

Sophos has had a choppy time since listing back in 2015 with a valuation of roughly one billion pounds, although it swung to a profit for the first time in four years in its last fiscal year, and appeared to have exited a soft patch for revenue growth caused by a switch in billing patterns to monthly subscriptions.