Home
Stocks
The Margin: CNN says President Trump needs to denounce this ‘vile and horrific’ video or he would be tacitly endorsing violence
Prev Article Next Article
This post was originally published on this site

President Donald Trump often refers to the mainstream media as “the enemy of the people,” and in a violent fake video shown at a conference for his supporters at his Trump National Doral resort in Miami last week, he takes matters into his own hands, according to footage obtained by the New York Times NYT, +1.74%  .

The video shows Trump’s head superimposed on a man who shoots and stabs church parishioners with media logos as heads. The clip looks to have been edited from a scene in the 2014 action-comedy, “Kingsman: The Secret Service.” 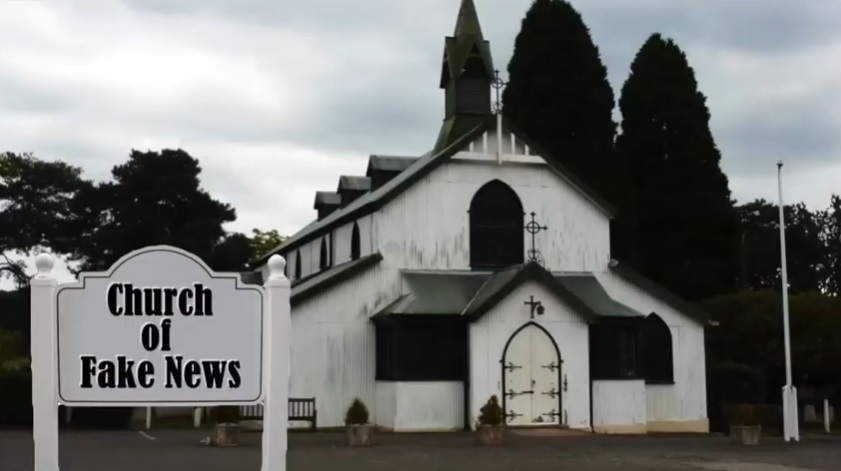 An attendee reportedly took a video of the clip on his phone and used an intermediary to send to a reporter at the Times. Parts of the video appear to have been taken from this YouTube clip from back in 2018.

In a statement Sunday night, CNN denounced the video, saying: “Sadly, this is not the first time that supporters of the President have promoted violence against the media in a video they apparently find entertaining — but it is by far and away the worst. The images depicted are vile and horrific. The President and his family, the White House, and the Trump campaign need to denounce it immediately in the strongest possible terms. Anything less amounts to a tacit endorsement of violence and should not be tolerated by anyone.

The organizer of the event denounced the video and told the Times that the clip had been played at the conference as part of a meme exhibit.

“Content was submitted by third parties and was not associated with or endorsed by the conference in any official capacity,” organizer Alex Phillips said. “American Priority rejects all political violence and aims to promote a healthy dialogue about the preservation of free speech. This matter is under review.”

Sources told the Times that Donald Trump and his son were unaware of the video and Sanders said she also hadn’t heard of the video until she was contacted.

“I was there to speak at a prayer breakfast, where I spoke about unity and bringing the country together,” Sanders said. “I wasn’t aware of any video, nor do I support violence of any kind against anyone.”