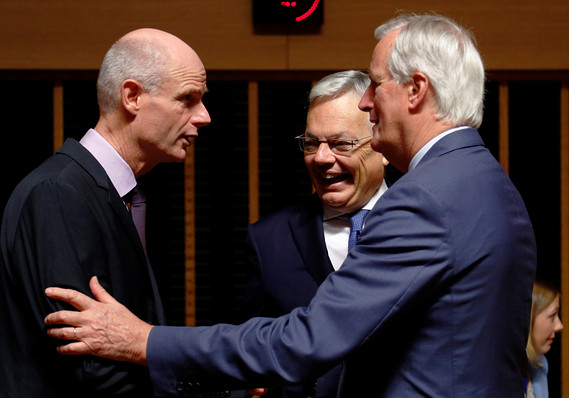 European stocks on Tuesday advanced on optimism over the possibility of a deal for an agreed Brexit pact.

U.K. banks switched directions for a third straight session, this time rising, as they trade on the relative prospects of an agreed deal for Britain to exit the European Union. Lloyds Banking Group LLOY, +2.15%  and the Royal Bank of Scotland RBS, +2.70%   rose as Michel Barnier, the top EU negotiator, said a deal was possible this week. The pound GBPUSD, +0.3014%  retook the $1.26 level.

Tuesday’s session also will feature results from U.S. banks as well as the International Monetary Fund’s latest economic forecast. St. Louis Fed President James Bullard, in a speech in London, made a case for more rate cuts, that act as insurance, as he said the U.S. central bank will make rate decisions on a meeting-by-meeting basis.

The ZEW Indicator of Economic Sentiment for Germany meanwhile fell 0.3 points in October to minus 22.8 points.

Wirecard WDI, -17.67%  shares lost a fifth of their value as the Financial Times reported that internal documents appeared to show the company was trying to inflate profit and revenue at an Irish and Dubai subsidiary. Wirecard didn’t comment on the report.