Home
Stocks
The Tell: Gross says investors should prepare for end to double-digit price gains for markets
Prev Article Next Article
This post was originally published on this site 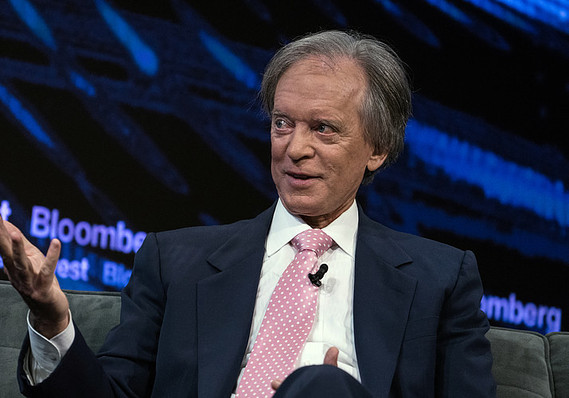 Don’t bet on zero to negative bond yields to feed the stock-market’s gains.

That’s from Bill Gross, co-founder of bond-market behemoth Pimco, who took on a familiar target in his first investment outlook since his retirement from money management at Janus Henderson.

Gross railed against central banks for contributing to the expanding universe of negative-yielding bonds that has taken over Europe and Japanese debt markets. He argued that the way low interest rates juiced asset values is not likely to remain sustainable in the future.

“Prepare for slow economic growth globally and an end to double-digit market price gains of months and years past,” said Gross.

Central banks have looked to ease policy across the world, pushing bond yields into subzero territory. This, in turn, has contributed to the sharp run-up in asset values despite an anemic global economy, which the IMF forecasts will grow 3% this year. That represents the slowest pace since the 2008 financial crisis.

Lower yields on government bonds, or lower risk-free rates, tends to boost valuations for riskier assets like stocks because it tends to lower the discount rate on a company’s stream of earnings. It also entices corporate debt investors as lower borrowing costs can alleviate financial pressures and mute the likelihood of defaults.

He said the decline in the 10-year note’s inflation-adjusted yield, or the real yield, by 0.80 percentage points in the last nine months had contributed to a 15% gain for stocks this year.

“Bull markets in equities are born by lower real rates and the historic run of the past decade has been fertilized by the journey to zero,” Gross said.

He pointed out monetary policy makers themselves had their own misgivings about zero interest rates. Bank of England Deputy Governor Jon Cunliffe has recently questioned the ability of ultra-loose monetary policy to juice economic growth, suggesting it took away the central bank’s ammunition to fight future downturns.

And with governments slow to pick up the slack with fiscal spending, the prospect for the global economy to shrug off its trade-driven doldrums appear dim.

Where then should investors source income? Like others, Gross says investors should eschew bonds in favor of stocks sporting high dividend yields.