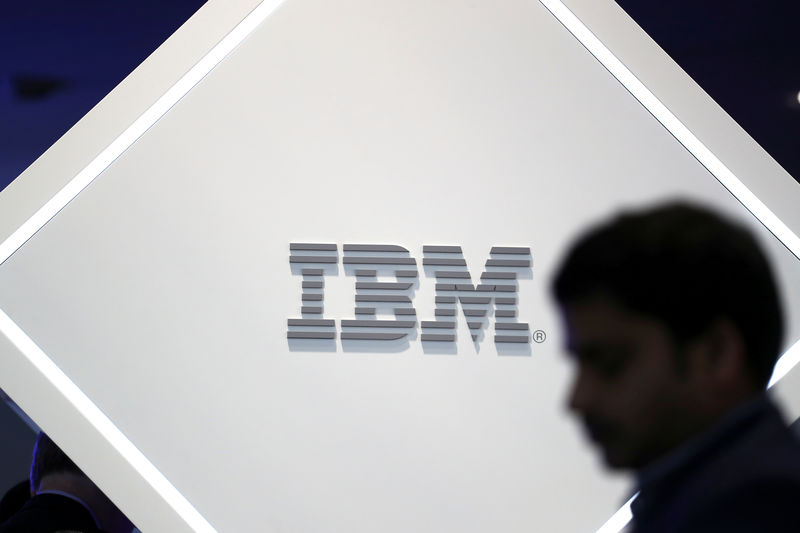 © Reuters. FILE PHOTO: A man stands near an IBM logo at the Mobile World Congress in Barcelona

The Armonk, New York-based technology services giant, which wrapped up the mega cloud merger with Linux maker Red Hat Inc (NYSE:) earlier this year, has faced years of revenue declines in the process of shifting focus to the cloud from its traditional business.

Revenue from the company’s cloud services, which are driving IBM’s pivot away from established businesses including mainframe servers, rose 11% to $5 billion in the third quarter ended Sept. 30.

Ginni Rometty, IBM chief executive officer for more than seven years, has been able to steer the company towards fast-growing cloud-computing business and lower its dependence on its traditional hardware products, but not without a bumpy journey. The newer areas of focus have sometimes underwhelmed investors.

With the Red Hat deal, the company’s biggest so far, IBM is looking to expand its subscription-based software offerings to counter falling software sales.

IBM has said that it would be limited to reporting only a portion of Red Hat’s actual revenue for some quarters, but will report all of its expenses, as required by U.S. accounting standards.

The company has also changed its reporting structure earlier this year. Its two biggest segments now are “cloud and cognitive software” and “global technology services”.

The cloud and cognitive software unit, which includes Red Hat, reported a 6.4% rise in revenue to $5.28 billion.