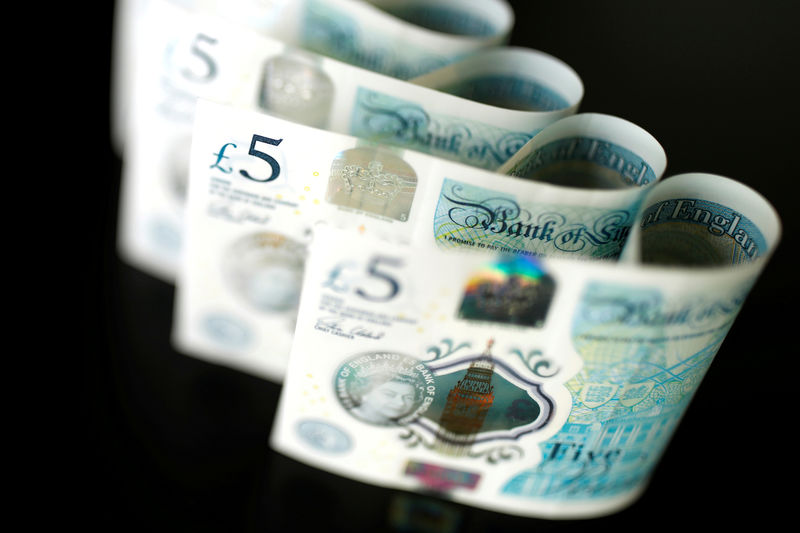 By Hideyuki Sano and Swati Pandey

TOKYO/SYDNEY (Reuters) – Sterling faltered on fading hopes of a Brexit deal on Thursday, while a five-session rally in Asian stocks ran out of steam as weak U.S. retail sales fanned fears about the health of the world’s biggest economy.

Investor focus was shifting to the United Kingdom where Northern Ireland’s Democratic Unionist Party said it could not support the Brexit deal as it currently stands.

The report fueled doubts whether Prime Minister Boris Johnson can gain approval from his government and Britain’s fractious parliament to exit the European Union with a deal in place.

“Trading the British pound intra-day at the moment is not for the faint-hearted, with deep pockets required,” said Jeffrey Halley, senior market analyst at OANDA.

“The street clearly wants to take GBP higher on any Brexit hope, but traders should be aware that the pullback will be equally as ugly if progress stalls or collapses yet again.”

Sentiment in the equities market turned dour on Wednesday after data showed U.S. retail sales contracted in September for the first time in seven months, in a potential sign that manufacturing-led weakness could be spreading to the broader economy.

Given U.S. consumption has been one of few remaining bright spots in the global economy, the data fanned worries the Sino-U.S. trade war would tip the world into recession.

“It looks like the trade war has claimed yet another victim, in addition to diminished business confidence and reduced investment spending, as consumers are starting to chicken out,” said Chris Rupkey, chief financial economist at MUFG Union Bank.

U.S. Treasury Secretary Steven Mnuchin said on Wednesday that U.S. and Chinese trade negotiators were working on nailing down a Phase 1 trade deal text for their presidents to sign next month.

But he also said there were no plans for another high-level meeting on the trade deal outlined last week.

“While the U.S. suspended a hike in tariffs, it hasn’t gone as far as scrapping the tariffs altogether, so it is hard to expect a quick pick-up in the economy,” said Yoshinori Shigemi, global market strategist at JPMorgan (NYSE:) Asset Management.

In the currency market, the () was last at 98.075, bouncing off its lowest since Aug. 27 touched on Wednesday.

In commodities, oil prices slipped after industry data showed a larger-than-expected build-up in U.S. crude stocks, adding to concerns that demand for oil around the world may weaken amid further signs of a global economic slowdown.