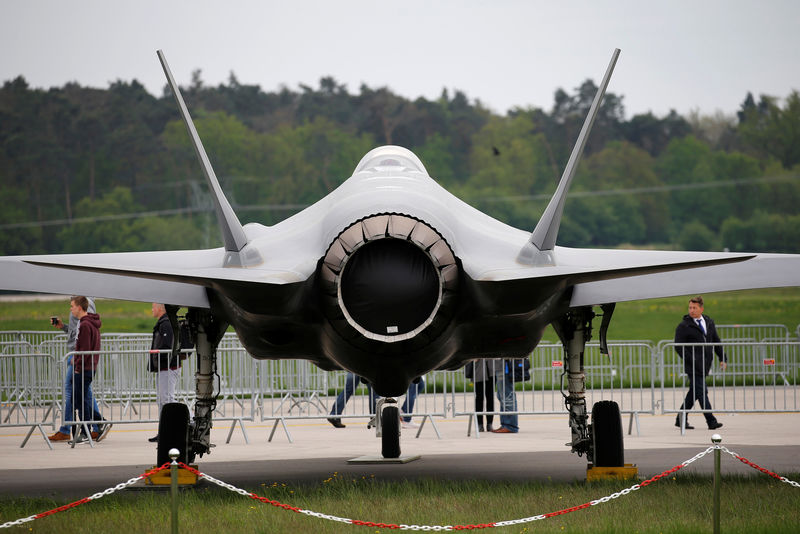 WASHINGTON (Reuters) – The Pentagon’s decision to move into a full-rate production contract for the F-35 jet, made by Lockheed Martin (N:), could be delayed until 2021 because of issues integrating the jet with its testing and training simulators, an official said on Friday.

Pentagon acquisition chief Ellen Lord told reporters she had signed off on a report that indicated the final decision on full-rate production could be delayed up to 13 months.

A decision on full-rate production had been expected this December.

“We are not making as quick progress on the joint simulation environment, integrating the F-35 into it,” Lord said.

The Joint Simulation Environment is a government-owned modeling and simulation facility that can be used for testing aircraft and flight systems as a supplement to open-air testing.

A Lockheed Martin representative said the company was “confident the full F-35 enterprise is prepared for full-rate production and ready to meet growing customer demand.”

Lockheed Martin’s goal was to deliver 131 aircraft in 2019 with production growing “to over 140 production aircraft deliveries” in 2020, the representative said.