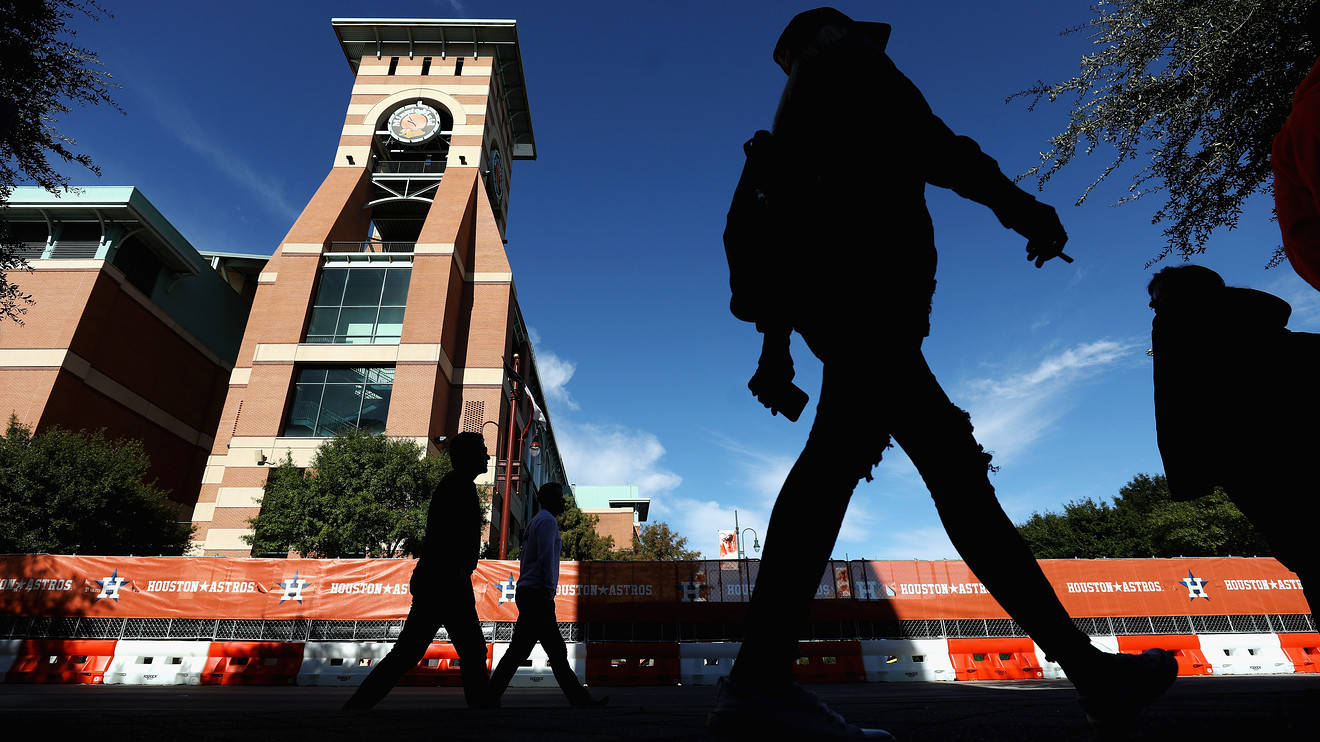 “Our initial investigation led us to believe that Brandon Taubman’s inappropriate comments were not directed toward any reporter. We were wrong,” the Astros said in a statement Thursday. “Subsequent interviews have revealed that Taubman’s inappropriate comments were, in fact, directed toward one or more reporters. Accordingly, we have terminated Brandon Taubman’s employment.”

On Monday, Sports Illustrated reporter Stephanie Apstein published an account that said Taubman had taunted her and other female reporters following the Astros’ playoff series-clinching win over the New York Yankees last week about how glad he was to have acquired relief pitcher Roberto Osuna last season.

In 2018, Osuna was accused of domestic abuse as a member of the Toronto Blue Jays, though charges were dropped when the mother of his child declined to travel to Canada to testify. Major League Baseball suspended him for 75 games for violating its domestic violence policy.

Apstein described the incident: “And in the center of the room, assistant general manager Brandon Taubman turned to a group of three female reporters, including one wearing a purple domestic-violence awareness bracelet, and yelled, half a dozen times, ‘Thank God we got Osuna! I’m so f—— glad we got Osuna!’

“The outburst was offensive and frightening enough that another Houston staffer apologized,” she wrote.

“We sincerely apologize to Stephanie Apstein, Sports Illustrated and to all individuals who witnessed the incident,” the Astros said in their statement Thursday.

The heavily favored Astros lost the first two game of the World Series at home, and travel to Washington to face the Nationals in Game 3 on Friday.

Taubman came to the Astros organization in 2013 from accounting firm Ernst & Young, where he worked as a derivative valuation expert. This week, reports emerged about a sexist presentation on how women should act in the workplace that Ernst & Young put on in June 2018.