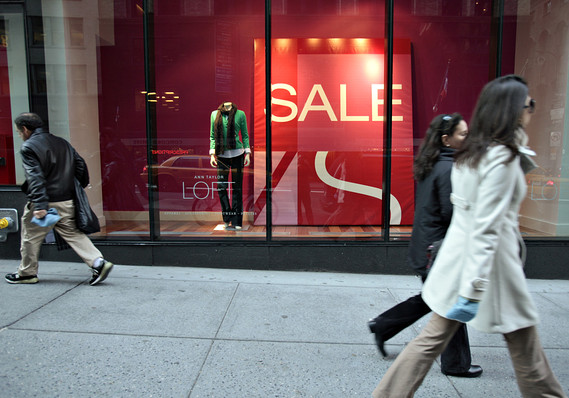 The numbers: Americans are still fairly optimistic about their own job situations and financial health, but they’re more worried about the economy than they were last year, according to a consumer sentiment survey.

An index of consumer sentiment was revised down to 95.5 in October from an initial reading of 96, the University Michigan said Friday.

“The overall level of consumer confidence has remained quite favorable and largely unchanged during the past few years,” said Richard Curtin, chief economist of the survey. 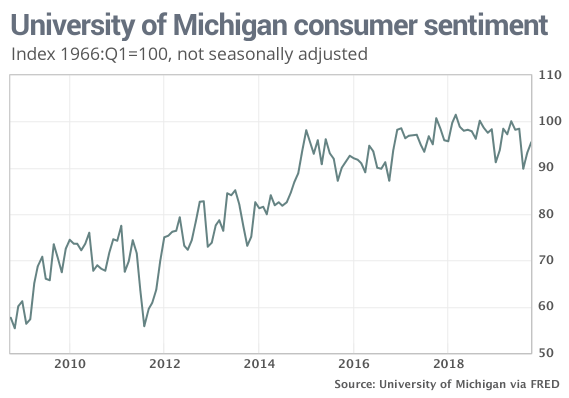 What happened: Fewer Americans expressed anxiety about the festering trade dispute with China in October than they did in September, when President Trump upped the ante with a vow to raise tariffs again. Trade tensions eased in October, however, after the U.S. and China resumed negotiations.

Some 27% of respondents mentioned the negative effect of tariffs without being prompted, down from 36% in September.

The potential move by Democrats to impeach President Trump had little affect on confidence. Only 2% of survey respondents mentioned impeachment.

Still, optimism is not as high as it was in 2018, when the Trump tax cuts, higher federal spending and roaring job creation gave the U.S. economy a big boost.

Big picture: The economy has slowed since the spring largely because of the trade war with China, but the strongest labor market in decades is shielding the U.S. from further harm. Most Americans who want a job can find one and they’re spending enough to keep alive a record 10-year-plus economic expansion.

What they are saying? “Overall, confidence remained strong across all categories of consumers, as divided by age, education, and income levels,” said Thomas Simons, senior money market economist at Jefferies LLC.

Market reaction: The Dow Jones Industrial Average DJIA, +0.66% and S&P 500 SPX, +0.45% surged in Friday trades after the Trump White House said it had struck partial agreement with with China over some trade issues as part of a so-called phase one deal.

The 10-year Treasury yield TMUBMUSD10Y, +2.10% rose several basis points to 1.81%. The yield has been cut nearly in half over the past year, however.