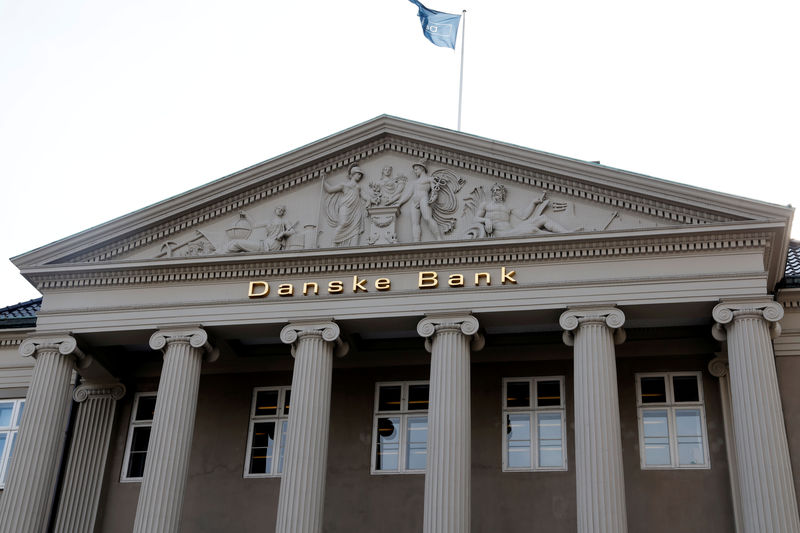 BRUSSELS (Reuters) – The European Union is getting ready to tighten rules against money laundering, an EU draft document shows, a year after previous reforms now deemed inadequate to tackle a series of banking scandals.

EU regulators were caught off guard last year by revelations of one of the largest ever money-laundering scandals, involving some 200 billion euros ($222.3 billion) in suspicious payments made between 2007 and 2015 through Danske Bank’s (CO:) tiny Estonian branch.

When the Danske scandal emerged in September 2018 in the wake of other smaller cases around the continent, the EU had just adopted the fifth revision of its anti money-laundering rules. But, watered down by conflicting interests among its 28 states, the overhaul quickly appeared insufficient.

Now the EU Commission, the bloc’s executive arm, is being urged to quickly assess any restrictions stemming from existing legislation and present proposals to address shortfalls, an EU draft document seen by Reuters said.

The text was prepared by the Finnish presidency of the EU after the bloc’s finance ministers debated the matter at a meeting earlier in October.

The draft text says the Commission should consider the transfer of money-laundering supervisory powers to an EU agency and proposes a mechanism to coordinate national investigators.

Despite criminal organizations frequently laundering the proceeds of their illegal activities abroad, the fight against financial crime is mostly dealt with by national authorities, which do not always fully cooperate.

The European Central Bank and the EU Parliament have said a body with EU-wide oversight powers could address this shortcoming.

The Finnish text is expected to be adopted at a Council meeting of EU finance ministers in December, but it is subject to changes. “There are still many discussions to be had before it is adopted,” an EU official said.

Many governments have long opposed changes to the supervision of financial crime, fearing they would be forced to share sensitive information.

Yet supporters of tighter rules were positive. “For the first time, the Council supports the requests of the European Parliament to establish a truly European approach for combating financial crime,” said EU lawmaker Sven Giegold, the Greens’ leading deputy on financial matters.

The draft document also calls for a closer alignment of existing and future rules to reduce states’ discretionary powers in applying them.

Governments are currently free to independently set fines for wrongdoers, in some cases at very low levels, and keep them secret despite guidelines recommending the contrary.