Home
Stocks
Economic Preview: Why the U.S. economy’s bumpy ride is about to get bumpier
Prev Article Next Article
This post was originally published on this site 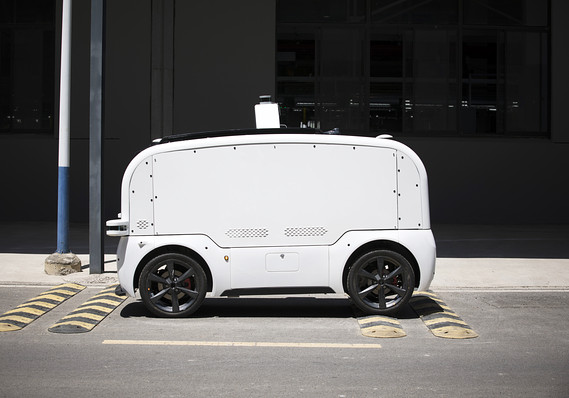 The U.S. economy has hit a lot of bumps in the road lately, and it faces more bumps ahead.

The U.S. economy has hit a lot of bumps in the road lately and the way forward is unlikely to get any smoother.

A barrage of reports on the economy this coming week are expected to show U.S. growth slowed at the end of the summer. The smoldering trade war with China has sapped business investment, undercut American manufacturers and farmers and caused a decline in hiring.

The first big clue will come Wednesday. Gross domestic product in the third quarter running from July to September is forecast to fall to about 1.4% from a 2% pace of growth in the spring.

GDP is the official scorecard, so to speak, of how well the economy is doing. Historically the U.S. has grown more than 3% a year, but the last time it reached that mark was in 2005. Most economists think the U.S. can grow no faster than about 2%, at least not for any extended time.

The other piece of bad news is due Friday when the governments reveals how many new jobs were created in October. Economists predict the U.S. generated fewer than 100,000 new jobs last month, a figure that would be the lowest since May and one of the weakest numbers in seven years.

So just how bad is it? Fortunately, not quite as bad as those headline numbers would suggest.

Take GDP. Consumer spending soared to unsustainable levels in the spring and fell back as expected to a more measured but still healthy pace in the summer. No surprise there.

More ominously, business investment was weak and production tapered off, especially among U.S. manufacturers more sensitive to swings in the global economy and the trade war with China.

The good new is, Chinese leaders and the Trump White House have stepped back from the brink and resumed trade negotiations. That could give manufacturers more solid footing and limit damage to the industrial side of the economy before it spreads any further.

The tepid pace of job creation in October, meanwhile, could turn out to be a one-off.

Hiring was due for a big hit in October simply because of a month-long strike at General Motors GM, +2.57%  that kept tens of thousands of workers off the job. Major strikes tend to depress the official tally of new jobs.

The trade war has played a role, to be sure, by heightening the uncertainty in the short run. Lots of companies have postponed further hiring, particularly in manufacturing.

Manufacturers have added only 41,000 new jobs this year, government figures show, well below the more than quarter-of-a-mllion jobs created in 2018.

It’s not just the trade war that’s hurt employment growth. Hiring in construction has also waned while the struggling brick-and-mortar retail industry has shed 78,000 jobs so far in 2019 in what’s shaping up to be one of its toughest years ever.

Even with all those troubles, hardly anyone on Wall Street thinks sub-100,000 monthly employment increases are about to become the norm.

Nor would slower job creation doom the economy to a recession. Hiring was also bound to slow after the creation of nearly 22 million new jobs in the past 10 years. The flood of new jobs has driven the unemployment rate down to a 50-year low of 3.5%.

Shawn Synder, head of investment strategy at Citi Personal Wealth Management, points out that the economy only has to add about 100,000 new jobs a month to keep the unemployment rate at or near a 50-year low. He said investors shouldn’t sweat a poor employment tally in October.

All the angst and uncertainty in the business world, in any case, has done little to dampen the cautious optimism of consumers, the kings of the economy. They account for about 70% of all economic activity and continue to spend at levels sufficient to keep the U.S. out of recession.

Slower hiring is unlikely to scare off consumers. The only thing that probably will is mass layoffs — layoffs that simply aren’t taking place. The government reported last week that applications for unemployment benefits clung near a half-century low.

“The U.S. economy is still in pretty good shape,” summed up Ryan Sweet, director of real-time economics at Moody’s Analytics and past winner of MarketWatch’s Forecaster of the Month.