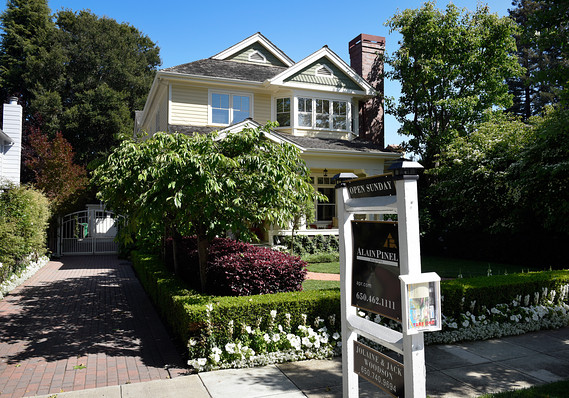 A home listed for sale in Palo Alto, CA.

The numbers: The S&P CoreLogic Case-Shiller 20-city price index fell 0.2% in August after seasonal adjustments. That’s the first decline since last August. It has been common for the index to drop in August.

The index posted a 2% gain over the past 12 months, the same rate as July. That’s far below readings in the 5%-6% range that were prevalent at this time a year ago.

What happened: Seventeen of the 20 large cities tracked by Case-Shiller posted seasonally adjusted increases in housing prices in August.

Prices have risen the fastest in the past year in Phoenix. The Southeast region had three of the top four cities.

Big picture: The rate of home price increases across the U.S. continues to slow. Overall, the housing market is showing signs of life after the Federal Reserve has pivoted and eased monetary policy at its last two policy meetings.

Market reaction: Stocks were expected to open lower Tuesday, a day after the S&P 500 SPX, +0.02%  cored a record close.