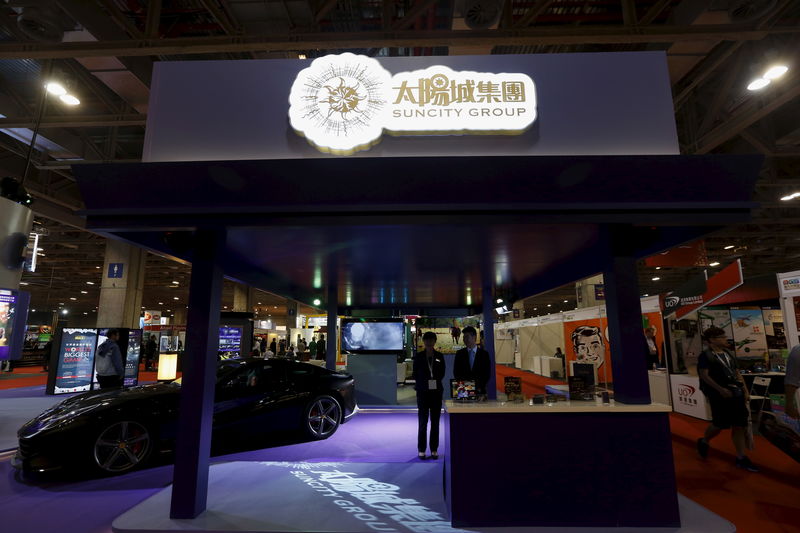 MANILA (Reuters) – Hong Kong’s Suncity Group Holdings Ltd (HK:) unveiled plans on Tuesday to enter the fast-growing Philippines gambling market, with a deal to operate a casino and resort in the country’s version of the Las Vegas gaming strip.

The deal marks the Hong Kong group’s first step in tapping Manila’s gaming industry, which has grown rapidly over the past decade, attracting foreign entrants and generating tax revenue.

Suncity said in a statement it has acquired a majority stake in the Philippines’ Suntrust Home Developers Inc (PS:), which plans to co-develop and then manage and operate a five-star hotel and casino in Manila.

“Outside of Macau the most decent city for gaming is Manila because of the scale, three international brands and facilities, airport. Quite convenient,” Andrew Lo, executive director at Suncity, told Reuters.

Alvin Chau, the founder of Suncity, has grown the company from operating a high roller table in Wynn Macau’s casino in 2007 to a sprawling conglomerate with businesses ranging from property to autos and thousands of employees.

In a separate statement, Suntrust said it signed a deal to develop and exclusively operate the main hotel casino portion of an integrated resort in the capital. Suntrust would operate the casino and a hotel with at least 400 rooms, around 400 gaming tables and 1,200 slot machines for both mass market and high rollers.

Shares in Suntrust were suspended from trading on Tuesday. Its shares surged 37% on Monday.

Suntrust will lease the site for the casino-hotel from the developers of the larger Westside City Resorts World project, including Genting Hong Kong Ltd (HK:), which will also include a retail center and residential apartments.

As of end-June, the Westside developers had spent 96.5 billion Philippine pesos ($1.89 billion) on the project that will start operations before 2023.

Suncity’s acquisition of Suntrust is subject to regulatory checks.