Home
Market
Lazard looks in-house for next crop of French rainmakers
Prev Article Next Article
This post was originally published on this sitehttps://i-invdn-com.akamaized.net/trkd-images/LYNXMPEFA41M6_L.jpg 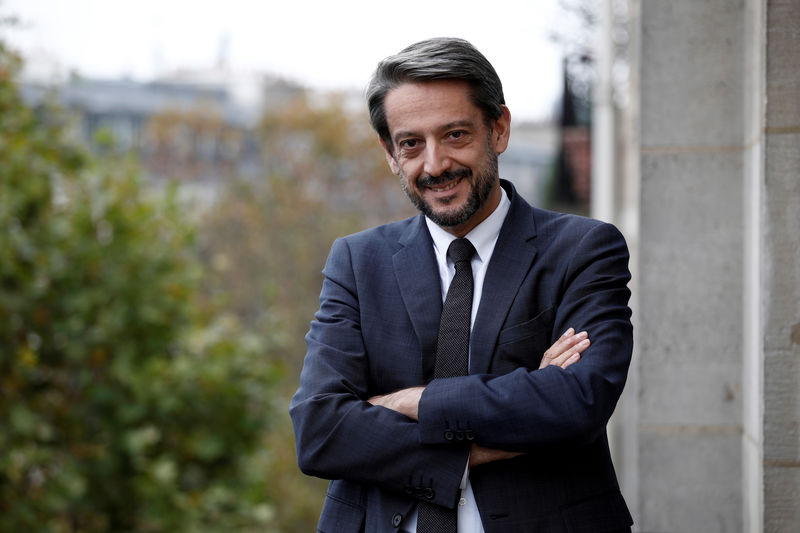 © Reuters. Jean-Louis Girodolle, CEO of Lazard Investment Banking in France poses for a portrait at Lazard offices in Paris

PARIS (Reuters) – Lazard’s Jean-Louis Girodolle has no intention of becoming a “public figure” as he emerges from the shadow of Matthieu Pigasse as the investment bank’s new boss in France.

Pigasse, a former senior French Treasury official, was widely credited with bringing in millions of dollars of business during his 17 years at Lazard, including its mandate to advise oil giant Saudi Aramco on its planned listing.

His abrupt exit last month raised questions over Lazard’s (N:) ability to adapt its business model to life without a key “rainmaker”.

“It’s not a one-man show,” Girodolle, the new CEO of Lazard’s investment banking in France, told Reuters in an interview at its Paris offices on Boulevard Haussmann.

“My intention is not to run alone. I will make sure that everyone feels included, listened to and part of the game,” the 51-year old executive said.

Paris is the firm’s second most important hub after New York, running much of its European and Middle Eastern business, as well as all of its sovereign advisory work.

“Matthieu didn’t leave because the Paris office is in some kind of crisis,” said Girodolle, sporting a goatee beard and dressed in a black suit.

“This is one of the most dynamic offices within the organization and we don’t feel the need to change our strategy.”

Girodolle, who joined Lazard in 2007, is known by rivals as the archetypal French banker, having previously worked for the French Government Shareholding Agency as well as the Ministry of Finance in various senior roles.

Like Pigasse, also 51, Girodolle studied at the prestigious Sciences Po university in Paris before attending the Ecole Nationale d’Administration (ENA), well-known as a stepping-stone for France’s political and business elite.

He initially handled major deals involving state-backed firms, but his responsibilities grew in recent years to overseeing operations while Pigasse was on the road hunting down deal mandates.

Pigasse, who has said he is looking to pursue a “new entrepreneurial project”, declined to comment when approached by Reuters. His farewell followed the departure of two other bankers Nicolas Constant and Pierre Pasqual, who left in early October, prompting speculation of further defections among the roughly 140 bankers at Lazard Paris.

Ken Jacobs, Lazard’s group chairman and chief executive, flew to Paris from the United States in late October to manage the exit of Pigasse, which the firm had denied just one week earlier.

Pigasse oversaw an influx of six managing directors from rival banks in the last two years, while only two internal bankers were promoted, leading some to question his approach to developing talent within the firm.

“Under Pigasse’s leadership, it was difficult for junior partners to emerge as he used to centralise the coverage of France’s biggest clients and personally handle these relationships,” former Morgan Stanley (NYSE:) banker Xavier Mayer said.

“Those who were supposed to replace the old guard ended up leaving and were never replaced,” he told Reuters.

Girodolle has no immediate plans to significantly change staff numbers at Lazard, focusing instead on making its office in Paris a more “inclusive” workplace and giving everyone “their moment to shine”.

“We’re not currently planning to hire senior people and if we did it would be on a very selective basis,” he added.

He stressed the change in leadership will not lead to a change in strategy even if the bank faces an increasingly competitive landscape with several U.S. boutique banks looking to hire in Paris.

Lazard has consistently ranked as one of France’s top five advisers since 2015, Refinitiv data shows, but its arch rival Rothschild remains the highest fee earner across all French investment banking.

“Lazard’s dominance in France is on the wane as they are under pressure from both bulge-bracket banks and rival M&A boutiques,” said Mayer, whose grandfather Antoine Bernheim was a star Lazard M&A banker over three decades.

Girodolle is taking nothing for granted.

“You are never the owner of a client. Day after day you need to demonstrate that you deserve to be your client’s first choice,” he said.