Home
Market
Postal Savings Bank of China to raise up to $4.67 billion in Shanghai listing
Prev Article Next Article
This post was originally published on this sitehttps://i-invdn-com.akamaized.net/trkd-images/LYNXMPEFA500B_L.jpg 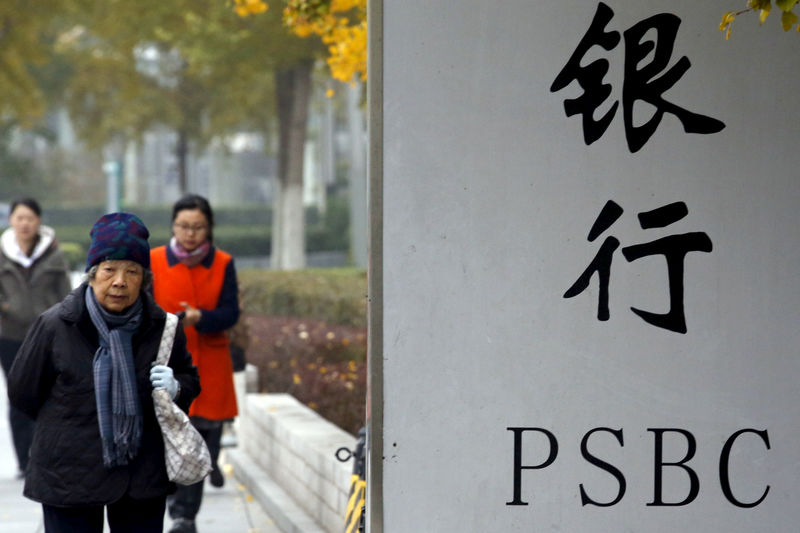 BEIJING (Reuters) – Postal Savings Bank of China (PSBC), which has the largest network of branches in the country, is hoping to raise up to 32.71 billion yuan ($4.67 billion) through an initial public offering (IPO) in Shanghai in the largest mainland IPO in four years, stock exchange filings showed on Wednesday.

The Beijing-based lender is selling up to 5.95 billion A shares at 5.5 yuan a share, the filings with the Hong Kong and Shanghai stock exchanges said.

The deal, pending the go-ahead from regulators, would be the largest IPO in China since 2015, Dealogic data showed.

Set up in 2007, PSBC built its business on a massive client base in China’s rural areas thanks to its parent state-owned China Post Group Corp, which operates postal services.

By end-June, PSBC had a total 39,700 branches, 48% of which are located in rural counties and villages. It had some 9.17 trillion yuan savings on book by the end of September, accounting for 96% of the bank’s total liabilities.

PSBC’s bad loan ratio was 0.83% by the end of the third quarter, far below the industry-wide level of 1.81%, as the lender didn’t start its corporate lending business until 2009.