Home
Stocks
‘It’s getting more intense’ — 12 months before the presidential election, political disagreements are heating up at work
Prev Article Next Article
This post was originally published on this site 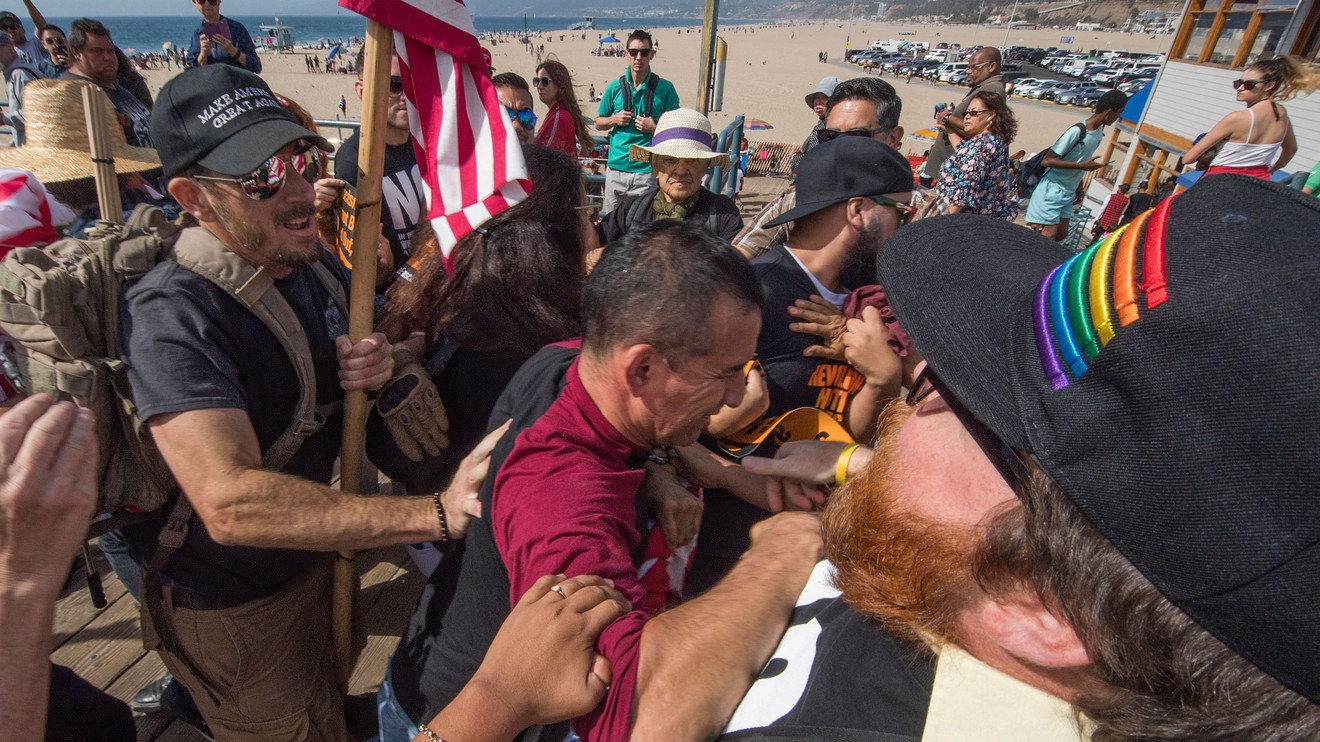 Vanessa McNelley-Neal doesn’t mind her weekly staff meetings, except for one part.

She’ll hear about upcoming projects, company results — and, occasionally, a dig about President Donald Trump from some colleague.

“It’s out of place and makes me feel isolated,” said McNelley-Neal, a registered Republican who voted for Trump in 2016 and is undecided about 2020.

The 38-year-old Atlanta-area financial coach feels “vocally outnumbered” and rarely replies to the remarks. “I found if I respond, it just causes more tension.”

‘It’s out of place and makes me feel isolated.’

She really likes her colleagues, but wishes people could check their political views at the office door. That, however, has become

She’ll hear about upcoming projects, company results — and, occasionally, a dig about President Donald Trump from some colleague.

increasingly difficult over the past three years.

McNelley-Neal’s has previously voted for some Democratic candidates and said she takes each presidential election on its own merits. She just doesn’t want to talk politics while she’s on the clock.

It’s going to be a tough year for McNelley-Neal and others who feel the same way, a new survey suggests.

With one year before the 2020 presidential election, nearly half — 42% —of employees say they’ve had a “political disagreement” at work, according to data released Tuesday by the Society for Human Resource Management (SHRM).

The Politics at Work survey, carried out from Oct. 7 to 14, suggests that political discussions are disrupting an increasing number of workplaces. Last year, SHRM’s hot line received 310 calls related to politics. This year, it has already received over 900 calls on the issue.

Around that time, Democrats were gearing up their impeachment inquiry into Trump’s alleged pressure on Ukraine in exchange for the country’s investigation into the former vice president and presidential candidate Joe Biden and his son.

Late last week, Democrats in the House of Representatives formally authorized the impeachment probe in a 232-196 vote with no Republican support. Trump has called the inquiry a partisan “witch hunt.”

The most recent survey builds on SHRM’s recent look at the effects of all sorts of “toxic” office cultures. Stressful job atmospheres have cost companies an estimated $223 billion in productivity decreases and turnover costs during the past five years, it added.

The new data is also a reminder how polarized the country has become. A Gallup poll in September said 91% of Republicans approved of President Trump’s job performance. A mere 5% of Democrats thought the same thing, while 38% of independents approved of Trump’s performance.

Like McNelley-Neal, other observers say people should avoid talking politics at work because it could cost them their job or alienate colleagues.

Last year, the United State Office of Special Counsel advised federal employees they couldn’t tout Trump campaign gear while at work, nor could they have items displaying the mention of “the resistance” or “#resist.” The federal government is different from the private sector because government workers must follow laws curtailing on-the-job political activity.

Companies need to let all workers air their beliefs whatever their political persuasion or not at all, SHRM President and CEO, Johnny Taylor, Jr., said in a statement. “Companies can’t, and shouldn’t, try to quash these conversations because — contrary to popular belief — they’re already happening,” he said.

In 2016, 72% of human resource professionals told SHRM their companies “discouraged political activities in the workplace.”

Taylor said it was important for companies to establish clear rules on how to air the political differences respectfully.

“Companies need to be proactive, not reactive,” he said. “We’re talking about hot-button issues that fire people up, so it’s important to put up ‘guard rails’ when facilitating constructive, inclusive environments where employees can disagree without being disagreeable.”

McNelley-Neal doesn’t think Taylor’s idea will work. “It’s almost completely impossible for people to not get heated when they feel so passionately regarding their viewpoint,” she said.

States across the country have rules forbidding campaigning within a certain distance from election polls. If McNelley-Neal had it her way, the same rules would apply to the office.

“It should be neutral territory,” she said.