Home
Stocks
The Tell: Do NOT try this at home: How to turn $3,000 into $1.7 million
Prev Article Next Article
This post was originally published on this site

Reddit’s Wall Street Bets group learned a valuable lesson in responsible investing this week and, after years of encouraging and celebrating extreme risk-taking, the irreverent crew has finally embraced a more conservative approach. 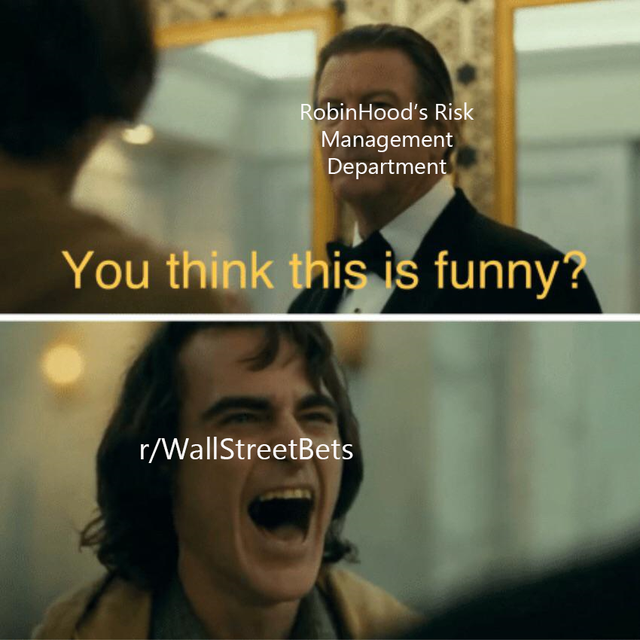 Yes, a glitch in stock-trading app Robinhood blew up on Wall Street Bets earlier this week, with traders boasting about the unlimited amounts of borrowed money the bug allowed. Even after the story hit the financial news cycle and Robinhood released a statement saying it’s “aware of the isolated situations,” traders continued to post screen shots of their newfound trading power.

“Call Warrior,” for instance, shared his story on Tuesday night.

“After realizing I only had a few thousand dollars to gamble, I decided why not try this new ‘glitch,’” he wrote. “After seeing people on the almighty wallstreetbets, wager a timid 50k or so on average with this new feature available, I thought it was only a clear choice to raise the average for the good of all.”

That, he says, is how he found himself long more than $1.7 million in Advanced Micro Devices AMD, -0.69% shares while selling about $1.6 million in calls. “I was leveraged over 500x which now makes a great argument against my Forex trading friends and the weak margin they offer there,” he explained. 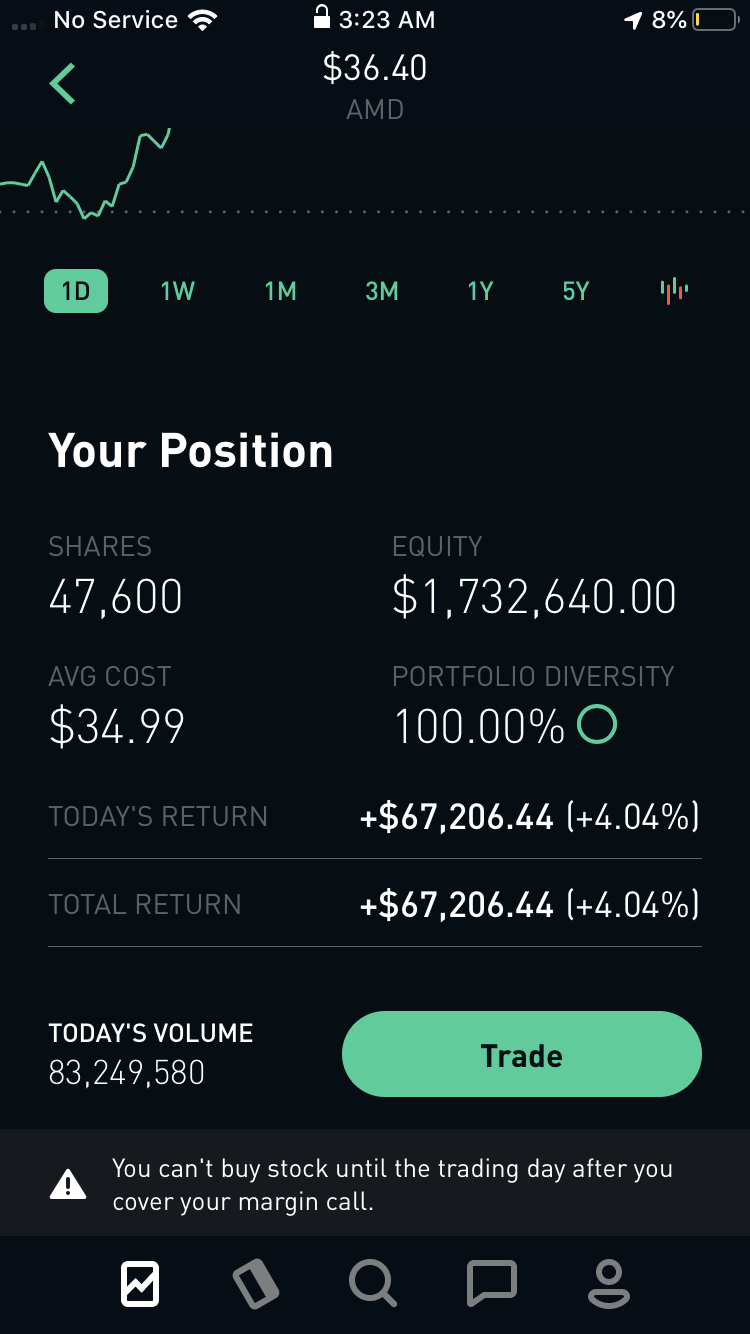 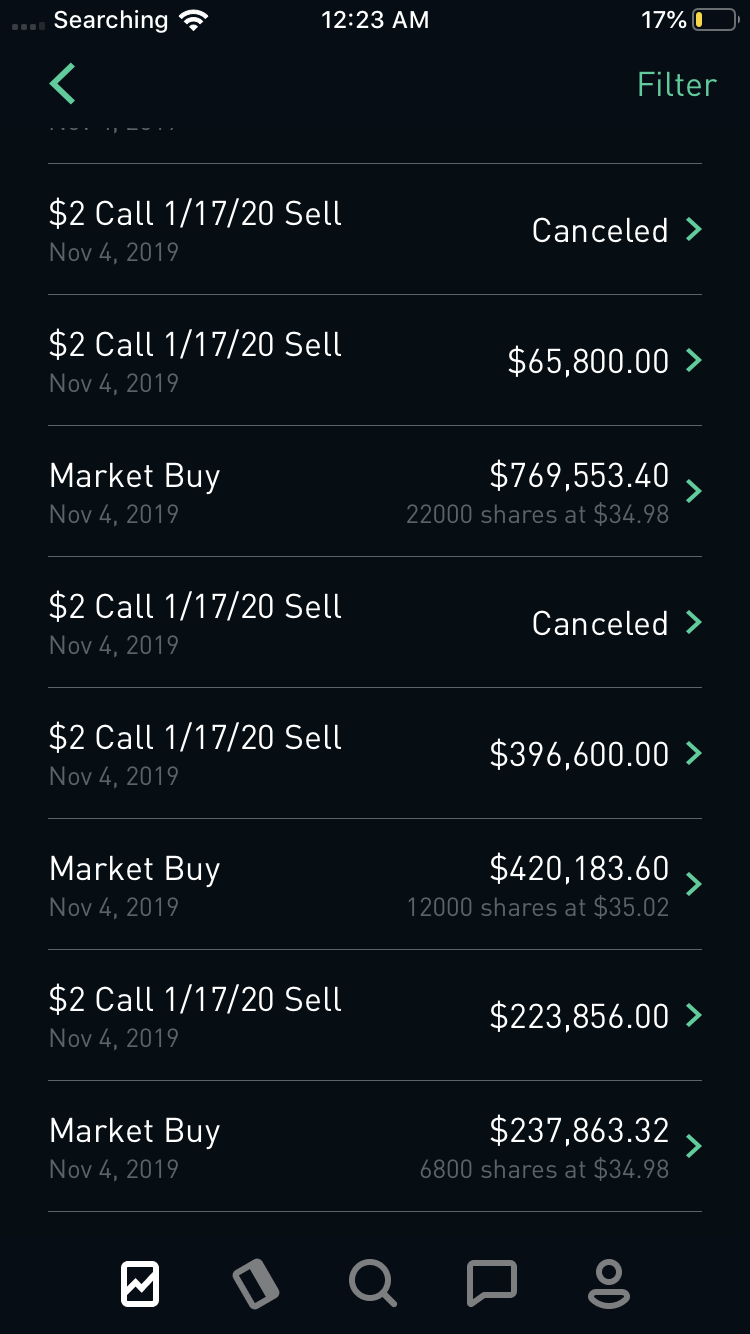 So how is this even possible? Users of the platform’s premium tier, in what’s been described as an “infinite cheat code,” were allowed to sell covered call options with money borrowed from Robinhood. The problem is that the app incorrectly adds the value of the options to the user’s original cash on hand, allowing them to borrow larger and larger amounts, with apparently no limit.

Is this a trend that’s sweeping the online trading industry? Well, one Wall Street Bets regular had some fun trying to get the same deal over at TD Ameritrade AMTD, +0.10%  , and here’s the response he got: 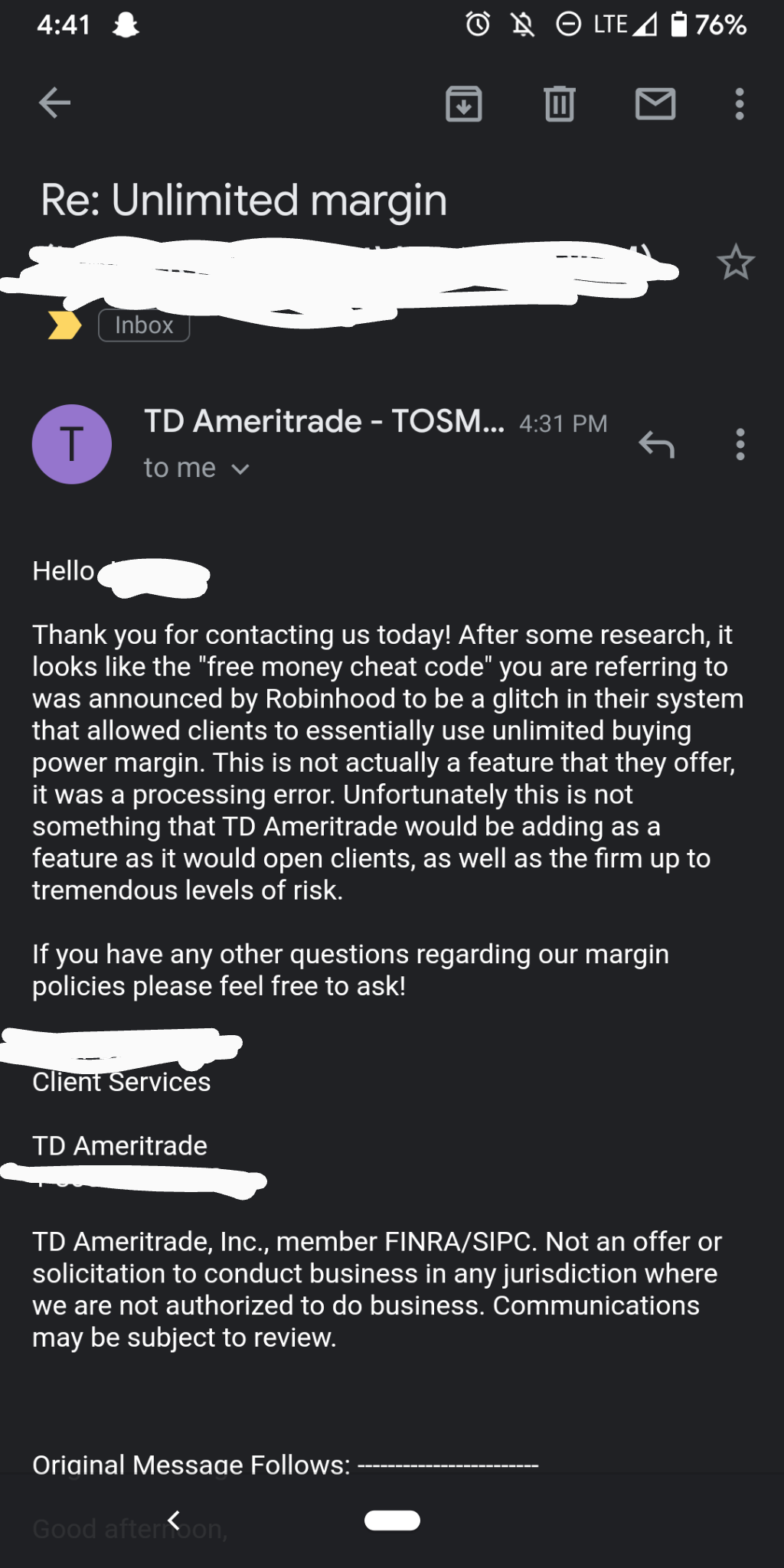 That’s probably a good thing considering the liability here. “If you take advantage of someone’s mistake to line your own pockets, you need to pay them back,” Georgetown University law professor Donald Langevoort told Bloomberg.