Home
Stocks
This couple has saved $20,000 on flights — thanks to the husband’s military service
Prev Article Next Article
This post was originally published on this site 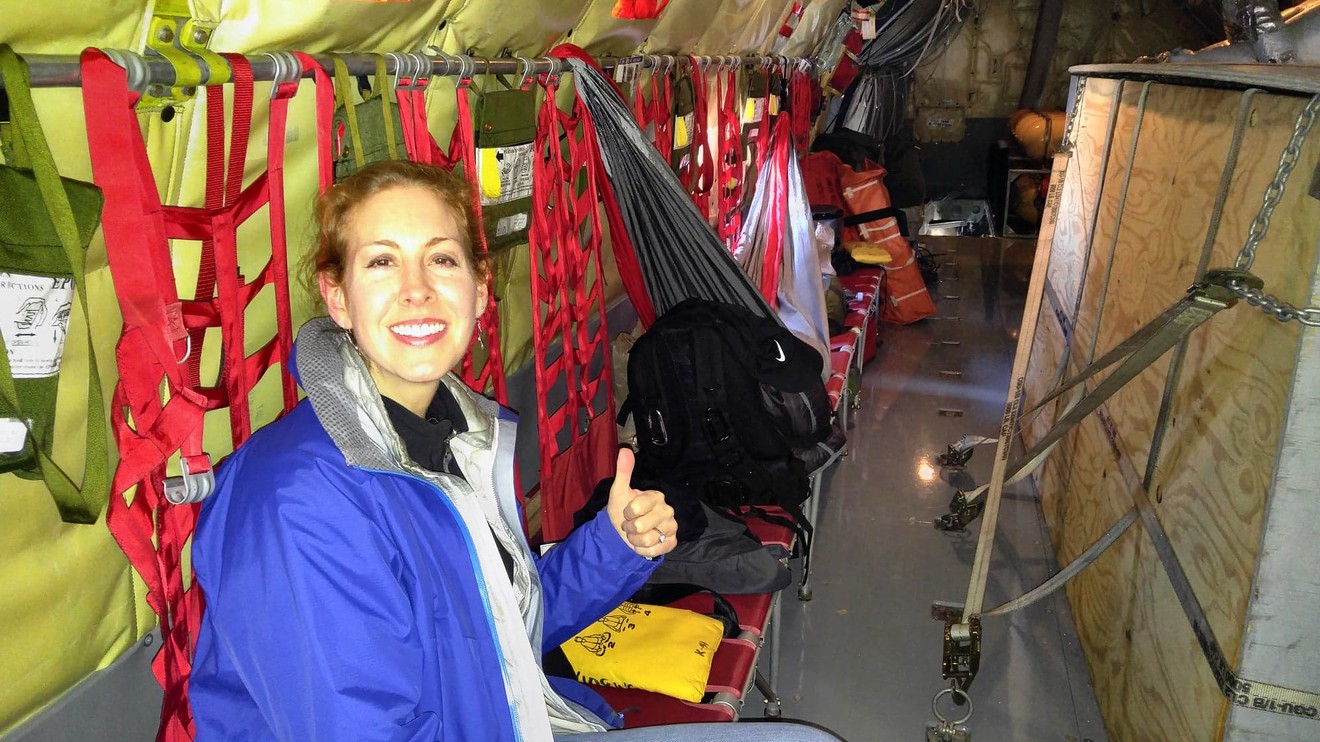 The transition from military to civilian life takes time, but it can also be the beginning of a non-stop traveling adventure — for little or no money, too.

That’s what Stephanie Montague and her former-Army husband, Mike, decided to try when he retired from the military in 2015. They put their belongings in storage and hit the road to drive around the country and stay at military bases at a low cost. They then chose to travel across the world, and did so using military aircraft — including Space-Available (Space-A) flights, which are mission-based flights, and Patriot Express flights that are run by commercial planes contracted for military use.

Montague blogs about her travels at Poppin Smoke, a phrase that means moving or taking off. She said the term is relevant for people who want to use the military benefits they’ve earned — including access to military recreational facilities, as well as resorts, beach cottages and RV parks.

See: Career military man explains how he earns $80,000 a year in passive income

Leaving the military to go back to civilian life can be difficult — emotionally, financially and logistically. Servicemembers and their families may have grown accustomed to traveling across states or countries as part of active duty, or being away from the day-to-day grind for months or more at a time. After retiring, they’re responsible for every little detail — where they live, what they do for work, and even the small tasks many Americans don’t think about, like what they wear. The switch could take a while to process.

But there are benefits many military retirees may not be aware of, not only to benefit everyday life, but add a little fun. Traveling is one of those benefits, especially if retirees can be flexible with their plans. It can also be cheap — Space-A flights are free, and there is only a tax on Patriot Express flights, which range between a few dollars to about $35, Montague said.

Montague spoke with MarketWatch about where she’s been, how she makes the most of these military benefits and why this lifestyle works for her and her husband.

MarketWatch: What made you create this blog?

Stephanie Montague: Mainly I started it because my husband and I were traveling and we were using all of these military benefits and privileges. I would expect everybody to do the same thing. It’s so amazing and a great way to save money. A lot of people didn’t know about it and some retirees maybe after retirement aren’t connected to the military any more and don’t think about or realize they can use these things. I explain how to use them because flights on military planes is a process — it is not as simple as showing up on a military base and going wherever you want.

MarketWatch: How did you come across these benefits and privileges?

Montague: A lot of it was learning as we go. My husband would save on flights while on active duty. You’re actually higher priority when active duty but my husband was just aware of it and he took advantage of it regularly. We learned as we went.

MarketWatch: Where have you gone so far?

Montague: In 2015, we started with a road trip around the U.S. We stayed at military lodging and military bases, and stayed at a hotel maybe one time. Military lodging is generally affordable, you have a gym, you know it’s clean and safe and you have access to other military facilities. It’s fantastic. We stayed in Coronado Island in San Diego for the Fourth of July. We went to the beach and it was just really peaceful and amazing. We were planning to start in Southern California and go north but we got to San Francisco and decided to go back to San Diego.

After our road trip we flew a military plane to Germany, spent a few months in Germany, stayed at some military facilities and visited Normandy and other parts of France and Spain, and then we flew to Hawaii. There is a well-known resort called Hale Koa, and we went to a wedding and stayed there. Then we flew to Japan and spent about three weeks there — my husband has family there. Then we took a military plane and went back to Spain. I estimate we saved $15,000 to $20,000 on flights over the past four years.

MarketWatch: How can people preparing their own military retirements start their own adventures like this?

Montague: By understanding the process and how it works. The schedule for these flights are usually only available 72 hours in advance, so it’s not like you can plan very far out but understanding what bases have flights to what destinations helps. Before they transition out, they have terminal leave — which is like banked vacation you didn’t take. My husband had four months of terminal leave, and that’s a great time to fly Space-A because you’re in a higher priority category but you don’t have to go back to work.

We were only going to take one year off then go back to regular life but the military gives you one final move after retiring. You have one more sponsored move and they will store your household goods for up to a year and you have to make arrangements in advance. But if you haven’t decided where you want to settle they put your stuff in storage. Ours has been in storage and now we’re paying for it but the first year was covered by the Army, so that’s another thing people can use.

Don’t miss: Why a retirement savings account is crucial for military members

Montague: Some are cargo planes. One thing to know if you’re flying Space-A, the mission is always the priority. Whatever happens with a mission could affect the flight — you can think you’re going to one location but if the mission changes, that changes. Passengers are essentially cargo and some of these planes can be quite cold. I have a whole packing list of what to wear and you want to dress in layers. But the great thing on some cargo planes, if there’s room, once the flight reaches altitude you can lie down and many people bring blow up sleeping pads. They’ll look like they’re camping or something.

There are also flights called Patriot Express, which are commercial aircraft that are contracted by the military but used also for stand-bys going to other parts of the world. So if they have extra seats (for military members and families not on official business), passengers can go and that’s a full-service flight.

Space-A is not good when you need to get to a wedding or you have to be at some place at some time because you can’t really make firm plans based on expected arrival.

Also see: Military man explains how he retired at 36, with a ‘disgusting’ amount of savings

MarketWatch: Are there any other downsides or caveats people should know?

Montague: Not being able to plan is a downside. You can plan to go to Europe, for example, but then you go to one of the bases on the East Coast and there are no flights leaving, or too much competition for seats. You can be waiting a few days or it could not work out for you. The more you learn about this type of traveling, you develop a strategy of what flights to take or which lack availability.

MarketWatch: Why did you and your husband choose this lifestyle?

Montague: Initially it was my dream. He wasn’t that enthused. He was in the military his whole life. His father was, too. But he did it because it was my dream. I was ready to leave my job, we didn’t have children or pets or any particular obligation and didn’t have any debt, so it was a question of why not? Why wouldn’t we do this? So we took what was supposed to be a year off and then we realized traveling can actually be financially accessible.

He doesn’t have to go back to work, I have an online business, but his retirement income is enough to live in other parts of the world. We were living in Japan, it was also enough in Europe. So that was eye-opening for us to see we can travel and it doesn’t have to be expensive. Not everything was a fancy resort but incremental travel is much cheaper than living in the U.S. We have a lot of fun and it opened us to new experiences.