Home
Stocks
The Ratings Game: Nvidia price targets get boost as analysts see ‘second phase’ of AI in chip maker’s recovery
Prev Article Next Article
This post was originally published on this site 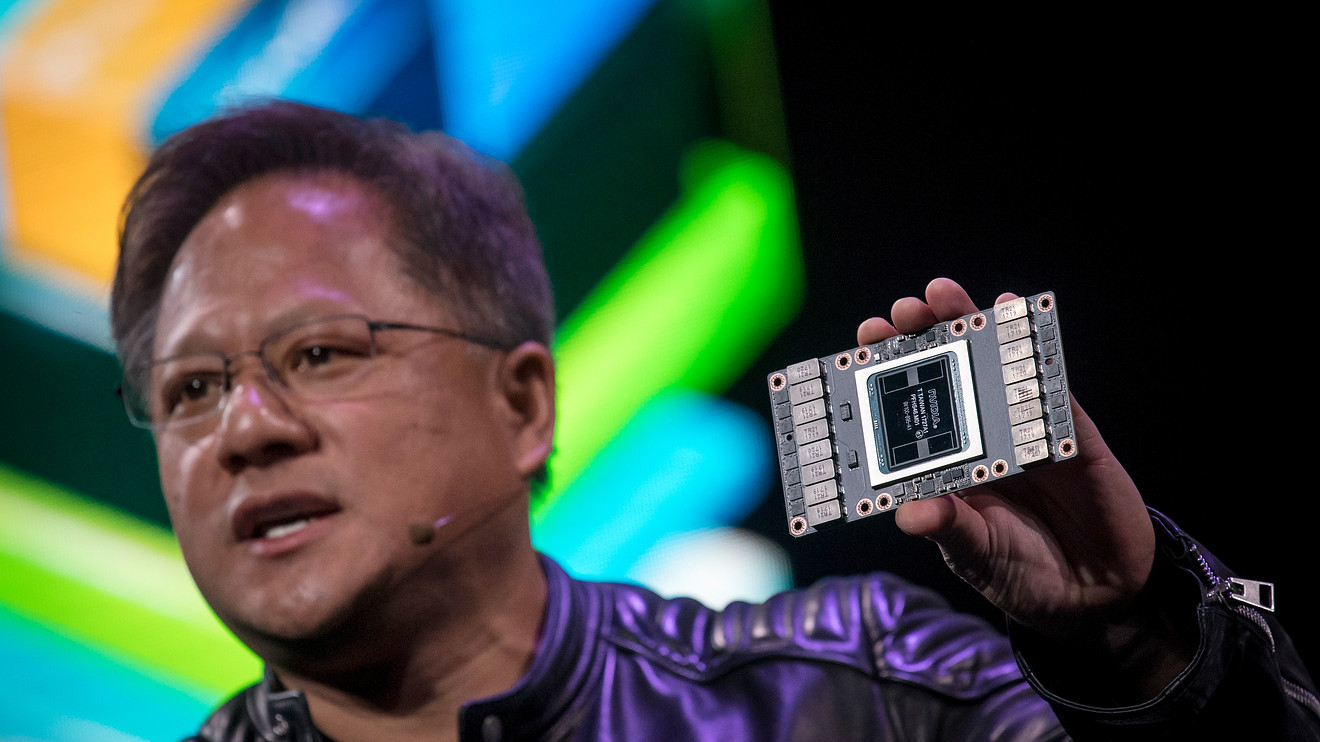 Nvidia Corp. shares slipped Friday, following a big rally over the past quarter after the chip maker forecast it was returning to revenue growth, and more than half the analysts who cover the company hiked price targets.

Of the 40 analysts who cover Nvidia, 29 have buy or overweight ratings, eight have hold ratings and three have sell or underweight ratings. Of those, 23 analysts raised their price targets, raising the average price target to $224.89 up from a previous target of $203.53, according to FactSet data.

Jefferies analyst Mark Lipacis, who has a buy on the stock and raised his price target to $250 from $210, said he sees Nvidia entering a second phase of growth in AI applications.

“We believe the strength NVDA saw in its [data center] business (up 11% QQ), is a signal that the company is entering the 2nd phase of growth in AI applications, which is around natural language processing,” Lipacis said. “This is following the first phase which was based on image recognition.”

Read: Opinion: Nvidia is past the downturn, but how strong will the rebound be?

Oppenheimer analyst Rick Schafer, who has an outperform rating and a $250 price target, said he was raising his estimates even after Nvidia’s “mixed” results and outlook.

“Expectations were high into earnings, with shares up ~20% over the past month,” Schafer said. “We expect a muted reaction near-term to the mixed outlook. NVDA is well-positioned in DC AI, high performance gaming, and autonomous vehicles opportunities.”

Read: Nvidia earnings: When will a new product arrive for the data center?

Some analysts expect Nvidia to introduce its new 7-nanometer products at the 31st International Conference for High Performance Computing, Networking, Storage, and Analysis, or SC19, in Denver next week. In chip parlance, nanometers, or nm, refers to the size of the transistors that go on a computer chip, with the general rule being that smaller transistors are faster and more efficient in using power.

Given Advanced Micro Devices Inc.’s AMD, +0.95%  recent graphics chip results, Cowen analyst Matthew Ramsay said Nvidia’s results and guidance were “better than feared, indicating a return to normalized growth in its key gaming and datacenter businesses.” Ramsay has an outperform rating on Nvidia and raised his target price to $240 from $195.

“We continue to believe there is pent up demand for an upgraded datacenter training hardware which could be announced next week at Supercomputing in Denver, and gaming adoption should accelerate when its product refreshes on 7nm, further catalyzed by continued ray-tracing software support and ecosystem development,” Ramsay said.

Morgan Stanley analyst Joseph Moore, who has an equal-weight rating and raised his price target to $217 from $180, concurred, noting “we wouldn’t be surprised if to get the first potential look at 7 nm data center products, this could be part of the company’s confidence on stronger shipments in January.”