Home
Stocks
The Tell: Here’s the real difference between women and men when it comes to stock-market investing
Prev Article Next Article
This post was originally published on this site 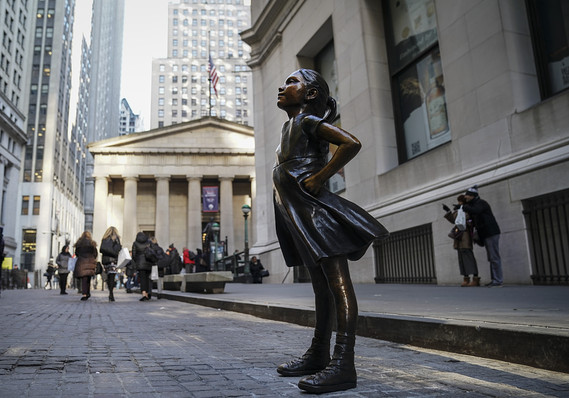 The ‘Fearless Girl’ statue stands across from the New York Stock Exchange.

How do female mutual fund managers compare to their male counterparts? When it comes to representation, women have a woefully long way to go, but their returns, and the amount of risk they take, are roughly comparable to men’s performance. Where things get a bit more interesting is in the types of bets women make.

“Men are from Mars, Women are from Venus according to the best-selling psychology book from the 1990s,” wrote Goldman Sachs analysts in a Monday research note. “In the mutual fund galaxy, the epigram would be ‘Women invest in Tech, Men invest in Financials’.”

To compile their data, Goldman looked at a universe of large-cap mutual funds. Of the 528 funds they analyzed, only 15 have all-female fund manager teams, but 73 have at least one-third of their manager positions held by women.

Goldman found strikingly similar track records between the female-managed funds in their study and those run mostly by men. On average, 39% of female-managed funds outperformed their benchmark annually since 2017, compared to 41% of male-managed funds. Volatility of returns and risk taken, as measured by the Sharpe ratio, “have also been almost identical,” they wrote. Finally, over the past 12 months, investor outflows have totaled about 6% of assets under management of most active stock funds, regardless of the gender of the portfolio managers.

The industry to which female funds have the second highest allocation, with a 66-basis point overweight position, is pharmaceuticals. That has likely weighed on their overall returns, Goldman notes, given the recent political jockeying around policy issues like drug prices.

Conversely, the “health care providers and services” industry, also within the broader health care sector, is the industry to which female-run funds have the least allocated.

The Goldman analysts also break out the stocks within the Russell 1000 to which female-run funds are most exposed, compared to other funds.