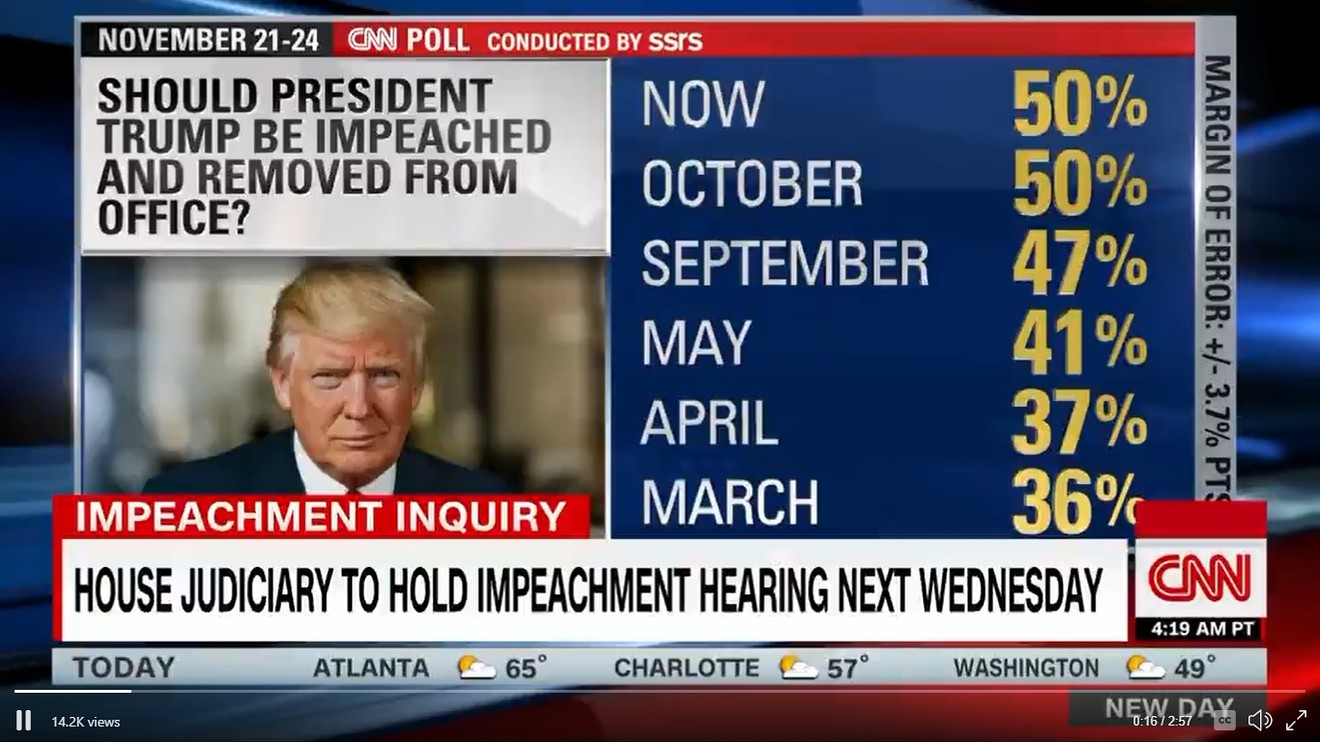 ‘It just tells you what deep trouble Donald Trump is in. I mean, when you have 50% of the country wanting you not just impeached but removed from office, and the game hasn’t even gotten fast yet.’

That’s presidential historian and Rice University professor Douglas Brinkley reacting in a CNN interview on Friday to a recent poll showing half of respondents want Trump impeached and removed from office.

“Once the vote is taken by Congress to impeach him and he’s wearing the ‘I’ on his chest, you’re going to see that movement grow even more,” Brinkley explained. “It tells you he doesn’t have a lot of friends. He’s a base politician. He doesn’t know how to turn this around.”

That 50% figure, however, hasn’t changed since the question was asked in October, though it’s up quite a bit from prior months. Of course, the results are divided on party lines, with only 10% of Republicans favoring impeachment and removal, up slightly from last month but down from 14% in September.

Before the CNN survey, a Quinnipiac University poll released earlier in the week found a slight turn in Trump’s favor, with 45% in favor of impeachment and removal and 48% against it. Those figures were reversed in the prior month.

CNN presidential historian Douglas Brinkley on a recent poll showing 50% of Americans support impeaching and removing Trump from office:
After Congress votes, “you’re going to see that movement grow even more… He’s a base politician. He doesn’t know how to turn this around.” pic.twitter.com/wR9iCB4Jho