Home
Stocks
Autotrader: 8 new compact SUVs for less than $40,000
Prev Article Next Article
This post was originally published on this site

If you like the idea of driving an SUV but don’t want anything too big and still want decent fuel economy, then a compact SUV might be right up your alley. Modern crossovers combine versatility with everyday drivability to create the ideal vehicle for a lot of drivers. Whether you’re looking for a commuter or a small family car, there’s a compact SUV out there for you.

The Acura RDX was fully redesigned for 2019 and no one can call it a reskinned Honda HMC, -2.06%   CR-V anymore. It’s on a new platform with a new engine and it’s a very well-balanced crossover that has just about everything you could want in a compact luxury crossover. It has a balanced ride, it’s good on gas, you get a ton of interior space and it’s well-appointed with the latest technology. You’ll need to stick with the standard model if you want to keep the price under the $40,000 mark, but there’s certainly nothing wrong with the base trim of the RDX. 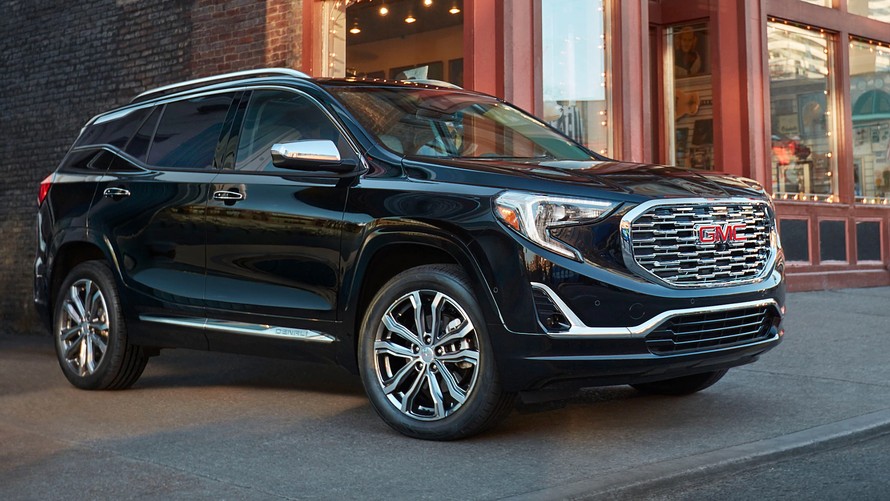 When you think of a Denali, your mind likely goes to one of the heavyweights in the GMC lineup like the Yukon or the Sierra, but there’s also a GMC Terrain Denali that gives more expensive luxury SUVs a run for their money. It gets a Denali-exclusive appearance package with a special grille and wheels, LED signature lighting and lots of chrome, but this SUV is more than a pretty face. It comes with a more refined premium suspension, leather seating, Bose premium audio, a hands-free power lift gate, modern safety tech and much more. Also, it comes standard with the Terrain’s optional turbocharged engine, which is the engine you want if you’re shopping for a Terrain.

See: How to choose trim levels and options when buying a new car

The Infiniti QX50 has a lot going for it, not the least of which is its interesting VC-Turbo engine, which uses variable compression to improve both performance and fuel economy. The result works well, delivering impressive fuel efficiency without sacrificing an exciting drive. On top of that, this Infiniti has great cargo space as well as roomy, supportive seats and a handsome look inside and out. It’s attractively priced as one of the most affordable compact luxury SUVs on the market and it comes generously appointed at the base level with plenty of safety and connectivity technology. 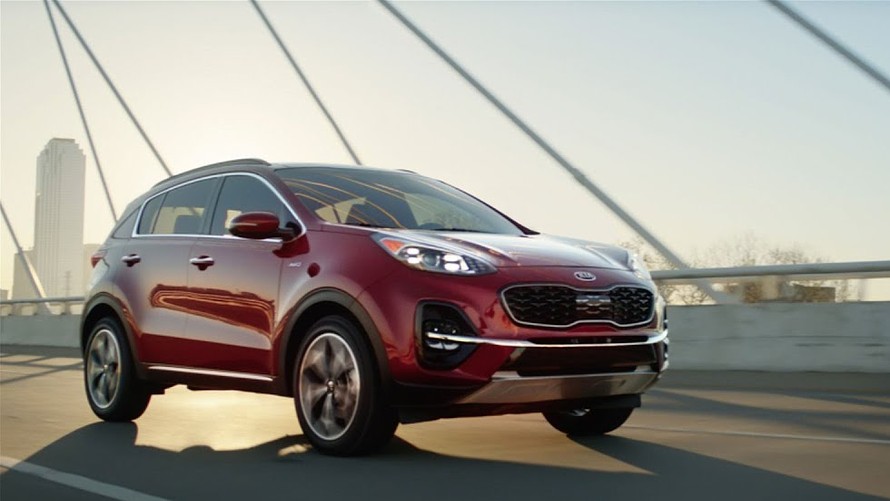 Since the Kia Sportage is so competitively priced, you can easily go up to the top trim without spending $40,000. In this case, you won’t even be hitting $35,000 with the SX Turbo model, which obviously comes with this Kia’s optional turbocharged engine plus an impressive list of premium features including leather seating which is heated and ventilated in front, Harman Kardon premium audio, parking sensors, the latest safety technology, a panoramic sunroof, a smart power lift gate and much more. This high-end Sportage might have the best bang-for-the-buck factor on this list.

The Lincoln Corsair is an all-new model replacing the outgoing MKC and it’s a great new addition to Lincoln’s SUV lineup. Like the QX50 and the RDX, it’s attractively priced and comes well-appointed at the base level. The starting price is low enough that you can upgrade to the Standard I package for less than $40,000, which includes ambient lighting, navigation and upgraded 18-in wheels on top of the Corsair’s nice set of base equipment like a power lift gate, 10-speaker audio, and the Lincoln Co-Pilot360 safety tech suite. If you’re looking for a reasonably priced American luxury SUV, the Corsair is worth a test drive. 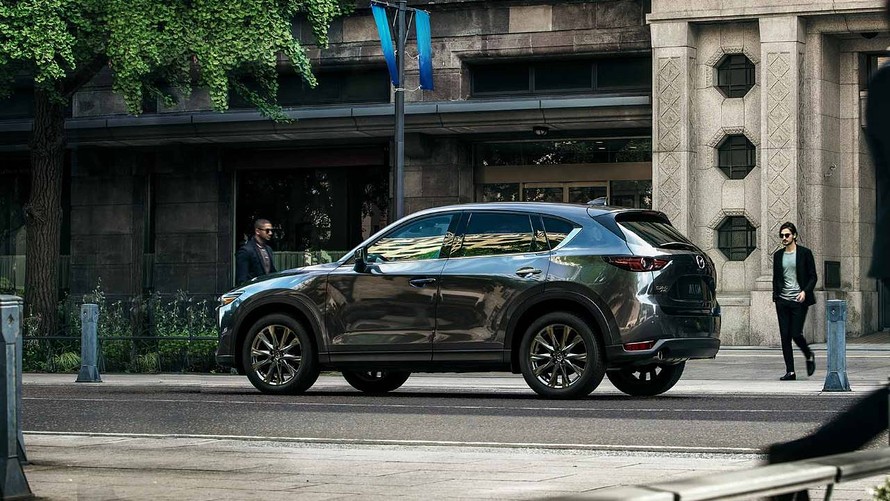 The Mazda MZDAY, +0.22%   CX-5 in any form is a very compelling compact crossover with a sharp look, agile handling and an upscale interior. Things get really upscale when you go all the way up to the Signature trim, which still comes in at less than $40,000. It gets a mechanical upgrade over the base model by adding a lively turbocharged engine and standard all-wheel drive. It’s also seriously luxurious with Nappa leather seating, real wood interior trim, a head-up display, heated front and rear seats, a heated steering wheel, ventilated front seats, the latest safety tech including a 360-degree camera and more. If you want a luxury crossover and don’t mind if it doesn’t come from a luxury brand, the CX-5 Signature should be on your shopping list.

The Subaru Forester does a great job taking Subaru charm and packaging it in a practical compact SUV. Of course, it comes with standard all-wheel-drive on every trim and if you upgrade to the Touring model, you get luxuries like leather seating, an 8-inch infotainment system with navigation and Harman Kardon premium audio, safety tech like the DriverFocus distraction mitigation system and two USB ports for the back seats. This Subaru’s engine performance might be a little lacking compared to other SUVs on this list, but it’s great on gas, especially considering it’s AWD. 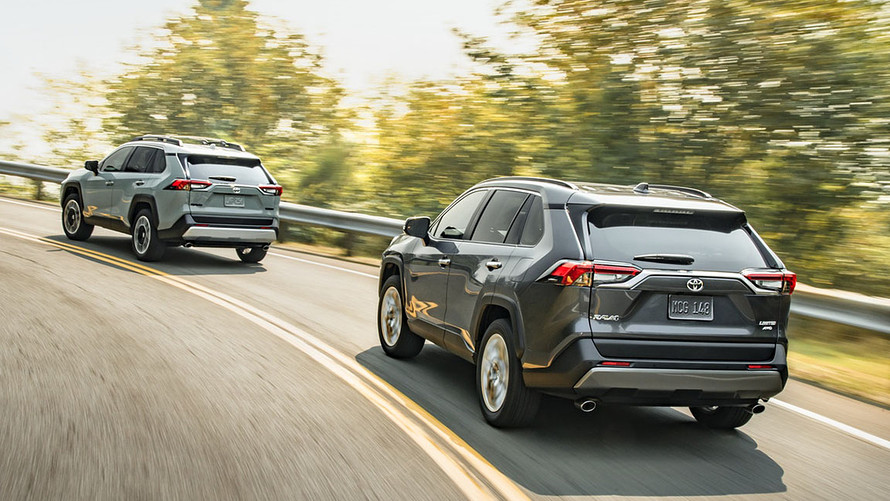 Outstanding fuel economy, premium features and rock-solid reliability all come together in the top trim of the well-rounded Toyota TM, -1.02%   RAV4 Hybrid. This hybrid SUV boasts 41miles an hourr in the city and 38 mpg on the highway, which makes it by far the most efficient crossover on our list, and you can get it in its nicest trim for less than $40,000. The Limited model comes with some appearance upgrades which make it look more upscale, including an 8-in infotainment system with navigation, heated and ventilated front seats, heated rear seats, JBL premium audio and more. You can add the RAV4’s Advanced Technology package and still keep it under $40k, which includes a hands-free power lift gate, a bird’s-eye-view camera and wireless charging. Like the Forester, the RAV4 Hybrid has standard AWD.