Home
Stocks
Google founders to step down from running Alphabet, put Pichai in charge
Prev Article Next Article
This post was originally published on this site 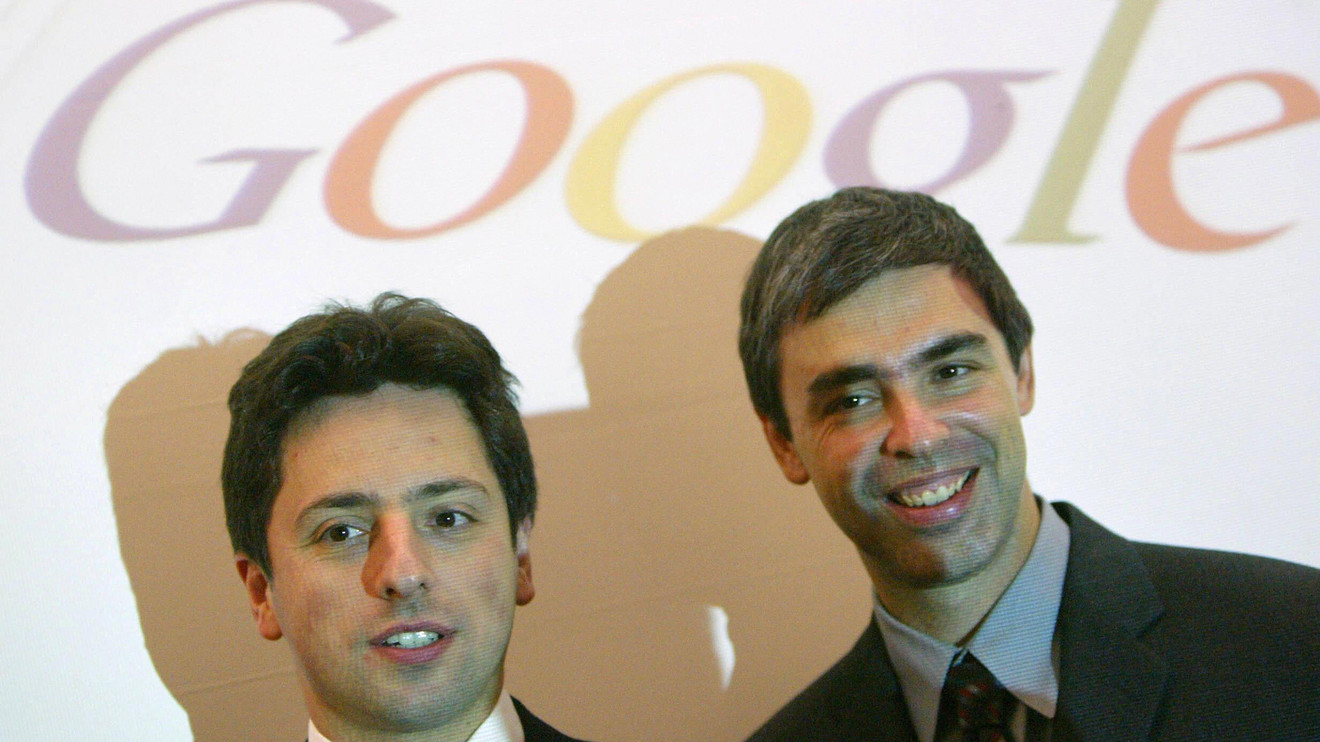 Alphabet Inc. will enter the 2020s without two leaders who have been a constant presence since Google was launched out of a Silicon Valley garage more than 20 years ago.

Alphabet GOOG, +0.42% GOOGL, +0.46%  Chief Executive Larry Page and President Sergey Brin are exiting active management of the company immediately, the Google parent company announced Tuesday afternoon. Sundar Pichai, who has been chief executive of Google since the company transformed into the conglomerate known as Alphabet, will now function as chief executive of Alphabet as well as Google.

“With Alphabet now well-established, and Google and the Other Bets operating effectively as independent companies, it’s the natural time to simplify our management structure,” Page and Brin wrote in a letter posted Tuesday afternoon. “We’ve never been ones to hold on to management roles when we think there’s a better way to run the company. And Alphabet and Google no longer need two CEOs and a President.”

Page and Brin founded Google as Stanford University students in 1998, and quickly grew it to become one of the biggest forces of the new millennium. The company’s search engine quickly overtook rivals like Yahoo Inc. and Microsoft Corp. MSFT, -0.16%  to obtain a sizable majority of search traffic, and the acquisitions of digital-advertising company DoubleClick, video-sharing site YouTube and mobile operating-system company Android catapulted it well beyond just a search engine.

Most of the acquisitions and growth occurred while Page was not CEO from 2001 to 2011, but he was still highly involved with the day-to-day operations of the company with Eric Schmidt as the CEO. After retaining the CEO title in 2011, Page slowly slipped from the public spotlight, preferring to stay in the background, especially after moving to the new Alphabet corporate structure in 2015. The switch to Alphabet put Pichai in charge of Google, and largely made Chief Financial Officer Ruth Porat the face of Alphabet, with Page as the manager of those two executives as well as a host of others with a “CEO” title.

Brin had less to do with actively managing Google as president of Alphabet, but was focused on Alphabet’s “Other Bets” — adventurous startups developed under the Alphabet umbrella, such as the autonomous-driving effort Waymo. Pichai will also oversee the Other Bets, according to Tuesday’s announcement.

Since Page returned to the CEO helm, Google has become one of the most valuable companies in the world, with the company’s market cap swelling from less than $200 billion at the beginning of this decade to more than $900 billion at times this year. Google ended Tuesday with a market value of $893.2 billion, according to FactSet, after a 24.7% gain so far this year.

While Page and Brin will step away from day-to-day operations at Alphabet, they still will have plenty of say about what happens. The two billionaire founders retain voting control of the company even though they collectively own less than 12% of the company right now, thanks to a controversial move to a three-tier stock system.

Page and Brin will also remain on Alphabet’s board of directors, and said in their letter that they “are deeply committed to Google and Alphabet for the long term, and will remain actively involved as board members, shareholders and co-founders.”

“Today, in 2019, if the company was a person, it would be a young adult of 21 and it would be time to leave the roost,” they wrote. “While it has been a tremendous privilege to be deeply involved in the day-to-day management of the company for so long, we believe it’s time to assume the role of proud parents — offering advice and love, but not daily nagging!”

Pichai has been with Google since 2004, and in his early days helped develop Google’s popular web browser, Chrome.

“I’m looking forward to continuing to work with Larry and Sergey in our new roles,” Pichai said in Alphabet’s news release Tuesday. “Thanks to them, we have a timeless mission, enduring values, and a culture of collaboration and exploration. It’s a strong foundation on which we will continue to build.”