Home
Stocks
Key Words: Trump would become a king if impeachment fails, scholar warns
Prev Article Next Article
This post was originally published on this site 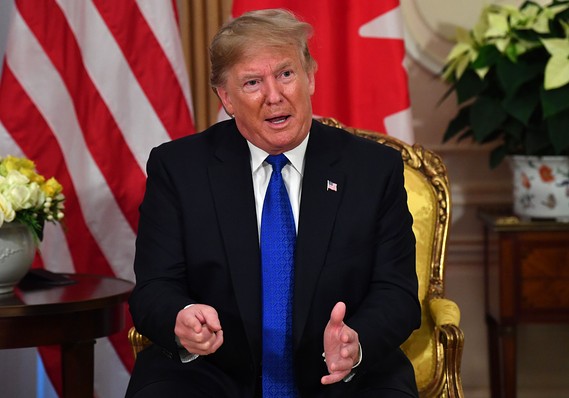 The man who would be king?

In testimony prepared for the House Judiciary Committee’s first impeachment hearing, legal scholar Michael Gerhardt told lawmakers that President Donald Trump would in effect become a monarch if he isn’t impeached over his dealings with Ukraine.

‘If Congress fails to impeach here, then the impeachment process has lost all meaning, and, along with that, our Constitution’s carefully crafted safeguards against the establishment of a king on American soil.’

Gerhardt, a professor at the University of North Carolina at Chapel Hill, is one of four witnesses appearing at the hearing. In his statement he argues Trump’s impeachable offenses include bribery and obstructing justice.

Democrats’ impeachment inquiry centers on Trump’s pressure on Ukrainian President Volodymyr Zelensky to launch investigations into former Vice President Joe Biden and his son Hunter, as well as into a theory that Ukraine interfered in the 2016 presidential election. The report released Tuesday alleged Trump made a White House visit and military aid contingent on Ukraine’s announcing those investigations.

Trump calls the inquiry a “hoax” and denies wrongdoing.

Jonathan Turley, a law professor at George Washington University, the only Republican-called witness, argues in his testimony that impeaching Trump would be a mistake.

“If the House proceeds solely on the Ukrainian allegations, this impeachment would stand out among modern impeachments as the shortest proceeding, with the thinnest evidentiary record, and the narrowest grounds ever used to impeach a president,” said Turley, who notes in his prepared remarks that he did not vote for Trump in 2016.

After articles of impeachment are drafted, a vote by the full House on impeachment is possible by Christmas. That would set up a likely trial in the Republican-controlled Senate in January.