Home
Stocks
Economic Report: U.S. jobless claims tumble again to 203,000 and return to near a 50-year low
Prev Article Next Article
This post was originally published on this site 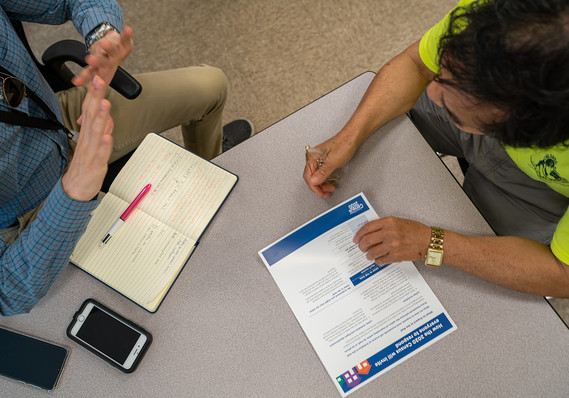 Hiring has slowed, but job seekers with skills are still in hot demand with the unemployment rate near a 50-year low.

The numbers: The number of Americans who applied for unemployment benefits at the end of November fell to the lowest level in seven months and returned close to a 50-year low, but the sharp decline in jobless claims likely stems in part from the Thanksgiving holiday. 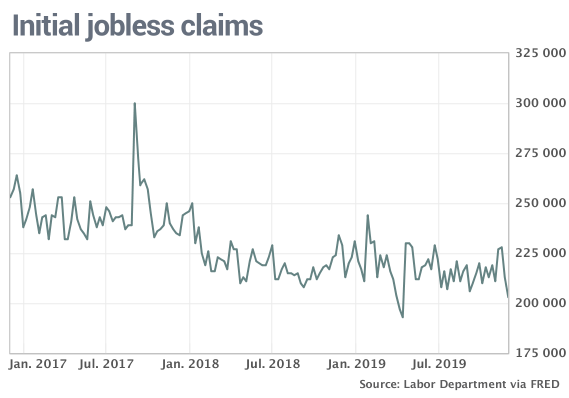 That’s the lowest level since mid-April, when new claims fell to a 50-year low of 193,000, and a sign that the U.S. labor market remains rock solid.

What happened: Raw or unadjusted jobless claims posted unusually large declines in California and Texas and fell in many other large states.

Laid-off workers often wait longer to file claims and many companies add and drop temporary workers. The U.S. Thanksgiving holiday, always on a Thursday, also falls in different weeks each year, making it harder for government economists to adjust the numbers for seasonal changes in employment.

The more stable monthly average of new claims fell by 2,000 to 217,750. The four-week average gives a more accurate read into labor-market conditions than the more volatile weekly number.

The number of people already collecting unemployment benefits, known as continuing claims, increased by 51,000 to a still-low 1.69 million.

Looking ahead, volatility in claims will likely remain elevated as December and January are the biggest months for labor market turnover for the year. We expect that claims will continue to hover around 215K on average, but there will be deviations above and below.

Big picture: A slowing economy is not producing as many new jobs, but it’s not leading to higher layoffs, either. Most companies still find enough demand for their goods and services to maintain current staffing levels.

The low unemployment rate has also given businesses incentive to avoid layoffs. Companies worry they won’t be able to replace workers they let go if the economy speeds up. Slower U.S. growth is largely a result of a U.S. trade war with China that could end or be dialed back in the near future.

What the are saying?: “Looking ahead, volatility in claims will likely remain elevated as December and January are the biggest months for labor market turnover for the year,” senior money market economist Thomas Simons of Jefferies LLC told clients in a note. “We expect that claims will continue to hover around 215,000 on average, but there will be deviations above and below.”