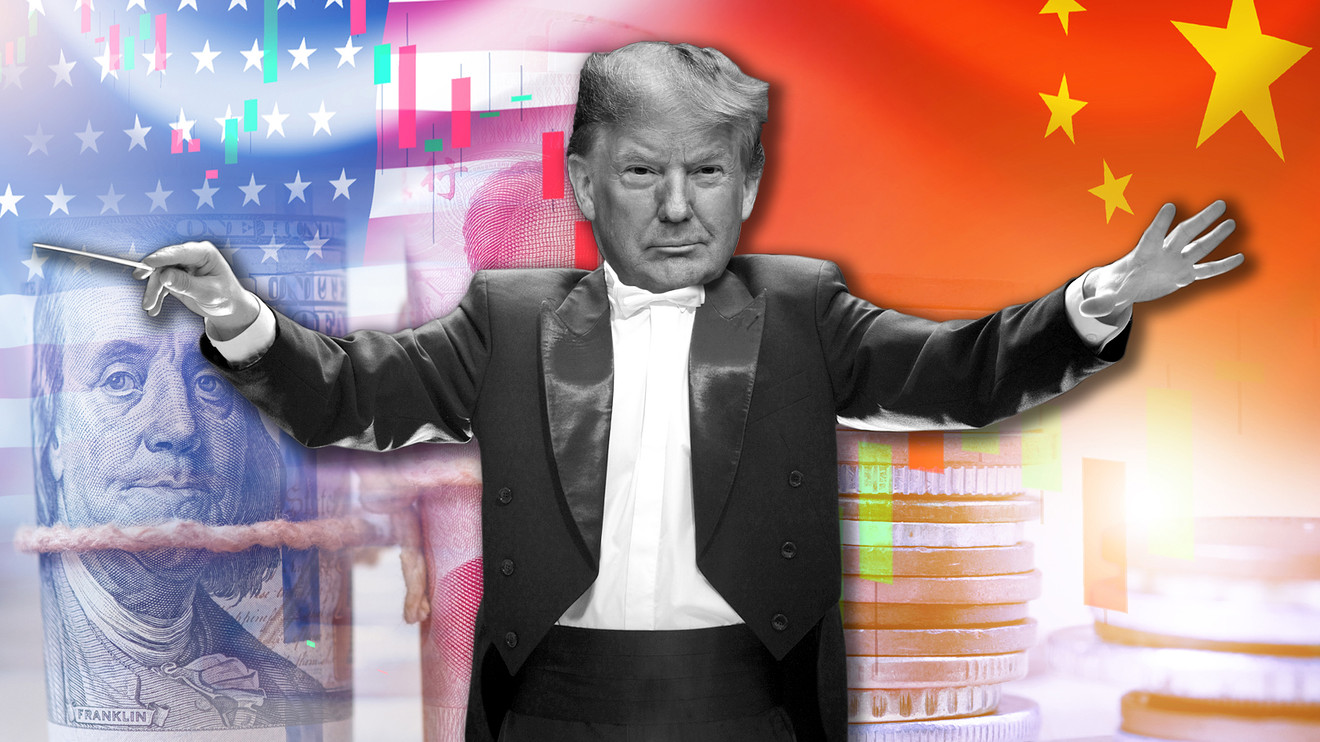 At the same time, Republicans are beginning to tie Trump’s hands in small ways. Let’s explore these issues with the help of two charts.

Please click here for an annotated chart of S&P 500 ETF SPY, +1.03%, which represents the benchmark S&P 500 Index SPX, +1.04%. For the sake of transparency, this chart was previously published at a time when stock market futures were running high before the latest drop in the stock market.

• The first chart shows that the Dow fell over 400 points on Trump’s comments that it might be best to complete the phase-one trade deal with China after the election.

• The first chart shows that the very next day, the Dow jumped over 200 points on Trump’s comments that talks with China were going well.

• The first chart shows that Trump has been orchestrating the stock market’s rise with his near-perfectly timed comments. Please see “President Trump might just be the best stock market timer ever.”

• The second chart gives you a better perspective of the technical condition of the market. The chart shows two prior patterns combining the price action, internal momentum and volume that are similar to the present pattern in the stock market. In both prior cases, the stock market declined. For details on interpreting the chart and other relevant macro data, please read “Believe in a Santa Claus rally if you want, but first look at this chart.”

• The U.S. Senate is getting ready to vote on a bill for sanctions against China for internment of over one million Uighur Muslims in the Xinjiang province in northwest China.

• Republicans are getting up the nerve to join Democrats to pass the bill.

• The bill is likely to have a veto-proof majority.

• Investors should note that Republicans are joining Democrats to force Trump to sign the bill, which would certainly anger China.

• Previously Republicans joined Democrats to pass a bill to support democracy in Hong Kong. Since the bill was passed with a veto-proof majority, Trump was left with no good choice but to sign it.

What does it all mean?

The prevailing wisdom among the momo crowd is that the stock market will jump up 5%-15% on phase one of the trade deal.