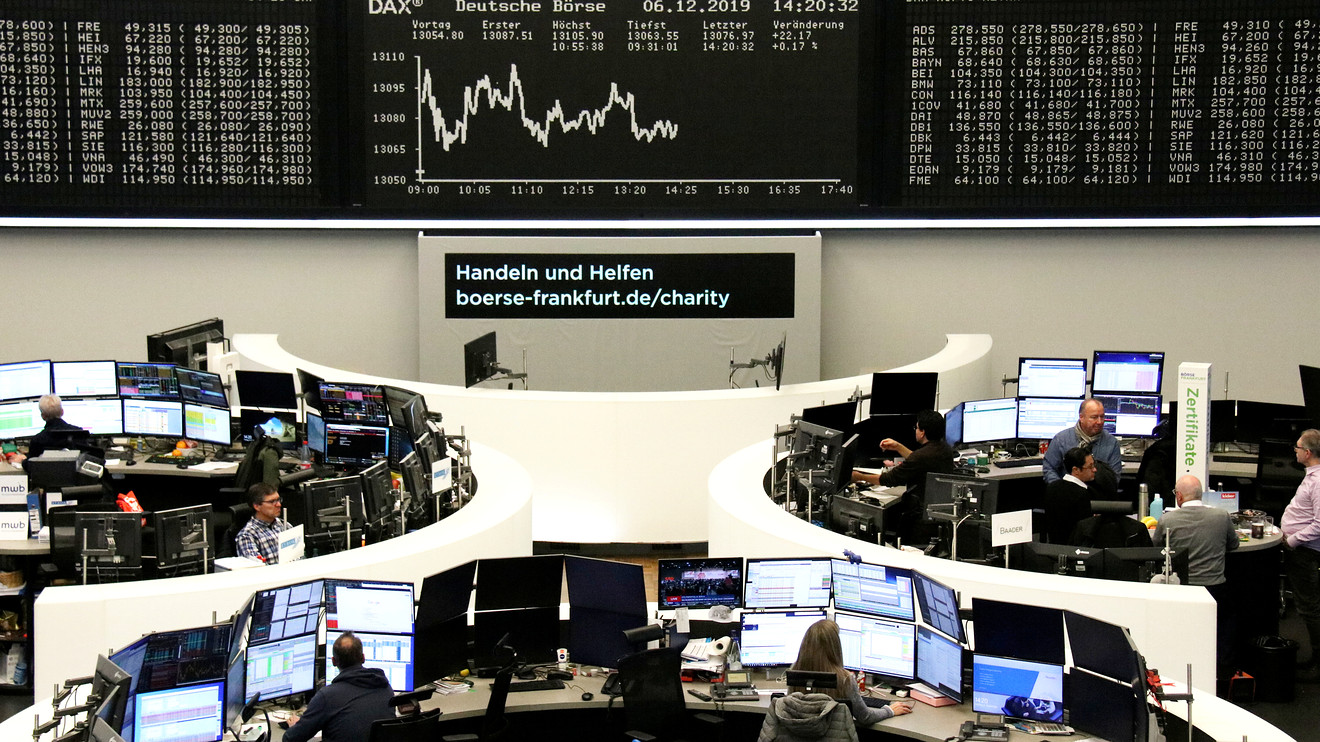 European stocks lost ground on Tuesday for the seventh time in nine sessions, with the perilous state of U.S.-China trade talks worrying traders.

The main concern for markets is the state of U.S.-China trade talks, though the upcoming interest-rate decisions from the U.S. Federal Reserve and European Central Bank, as well as Dec. 12 general election in the U.K., are also being eyed.

Data released on Tuesday showed the U.K. economy was flat in the three months ending October. The U.K. Office for National Statistics reported drops in industrial production and construction output in October.

Better news came as the ZEW indicator of economic sentiment in Germany turned positive in December, rising to the highest level in 21 months.

Sanofi shares SAN, +4.72%  rose 5% as the French drugmaker, hours after announcing a $2.5 billion deal to buy a biotech, set targets for a 2022 operating margin of 30% and a 2025 operating margin of more than 32%. Sanofi said it would focus on the eczema drug Dupixent and vaccines to drive growth. Sanofi also announced plans for its consumer healthcare division to be a “standalone business unit,” implying a possible sale.

Shares of Ashtead Group AHT, -7.82%  slumped 7.6% as the industrial equipment rental company said its results for the year would be in line with expectations, apart from its U.K. business and a currency headwind. Analysts at investment bank Jefferies reduced estimates for Ashtead’s earnings per share in fiscal 2020 by 5% and cut them for fiscal 2021 by 9%.

Ted Baker TED, -14.41% shares tumbled 11%, taking 2019 losses to 77%, as the clothing retailer said it was suspending its dividend following a 3.9% drop in comparable revenue at constant exchange rates in the 17 weeks ending Dec. 7. Chief executive Lindsay Page and Chairman David Bernstein both resigned.