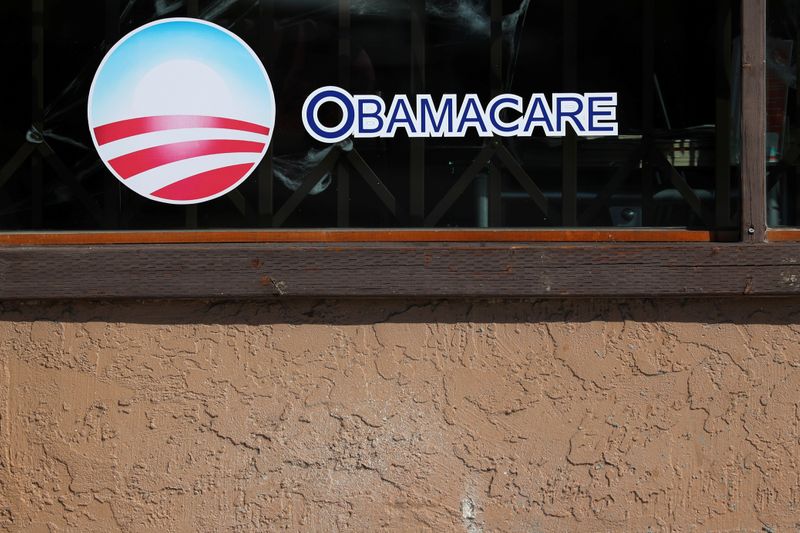 WASHINGTON (Reuters) – U.S. Supreme Court justices on Tuesday appeared sympathetic to claims made by health insurers seeking $12 billion from the federal government under a program set up by the Obamacare law aimed at encouraging them to offer medical coverage to previously uninsured Americans.

The justices heard a one-hour oral argument over a challenge by a group of insurers of a lower court’s ruling that Congress had suspended the government’s obligation to make such payments. The insurers have said that ruling, if allowed to stand, would let the government pull a “bait-and-switch” and withhold money the companies were promised.

The court’s four liberal justices, in addition to Chief Justice John Roberts and Justice Brett Kavanaugh, all asked questions indicating they are inclined to vote for the insurers.

“Why doesn’t the government have to pay its contracts just like everybody else?” said Justice Stephen Breyer.

Moda Health Plan Inc and other insurers that sued to try to compel the Department of Health and Human Services (HHS) to make the payments have said the government was supposed to help them recover from early losses they suffered after the 2010 passage of the Affordable Care Act (ACA) under Democratic former President Barack Obama.

The law, dubbed Obamacare, has enabled millions of Americans who previously had no medical coverage to obtain insurance, including those with pre-existing medical conditions.

Unlike other court cases involving Obamacare, the dispute before the justices concerns only payments to insurers and does not directly challenge the law itself.

If the Supreme Court sides with the insurers, it could result in a significant one-time cash infusion for major companies such as Humana Inc (N:), Anthem Inc (N:) and Centene Corp (N:), according to a note by Evercore ISI.

Payments would have come through the law’s so-called risk corridor program designed to mitigate insurers’ risks from 2014 to 2016, when they sold coverage to previously uninsured people through exchanges established under the ACA.

Republicans, who have opposed Obamacare from the outset and numerous times sought to repeal it in Congress, have called the risk-corridor program a “bailout” for the insurance industry.

From 2015 through 2017, Congress each year has passed appropriations bills that included language barring HHS from using general funds to pay the government’s risk corridor obligations.

The U.S. Court of Appeals for the Federal Circuit ruled 2-1 in 2018 that Congress effectively repealed its obligation to pay the insurers.