Home
Stocks
Trump Today: Trump declares ‘big deal’ with China ‘very close’ as he meets with trade team
Prev Article Next Article
This post was originally published on this site 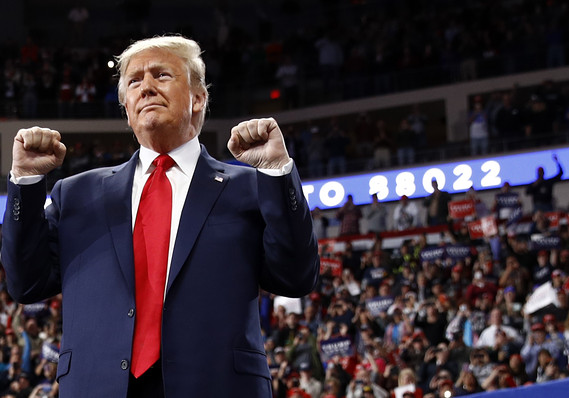 President Donald Trump declared a “big deal” with China to be close in a comment that sent stocks higher on Thursday ahead of a looming deadline for new tariffs.

As he was set to meet with his top trade advisers, Trump tweeted: “Getting VERY close to a BIG DEAL with China. They want it, and so do we!”

On Sunday, tariffs on $160 billion on Chinese goods are set to kick in. There has been question if Trump will delay or cancel those tariffs if a deal isn’t reached by then.

The Wall Street Journal reported U.S. negotiators had offered to cut existing tariffs by as much as half on $360 billion of Chinese-made products, as well as cancel the duties set to take effect Sunday.

Thursday afternoon, Bloomberg reported that negotiators had reached the terms of a phase one deal, but that Trump still had to sign off on it.

The U.S. side has demanded that Beijing make firm commitments to purchase large quantities of U.S. agricultural and other products, the Journal said.