Home
Stocks
Legendary Nazi ‘Enigma’ code machine up for sale for estimated $100,000
Prev Article Next Article
This post was originally published on this site 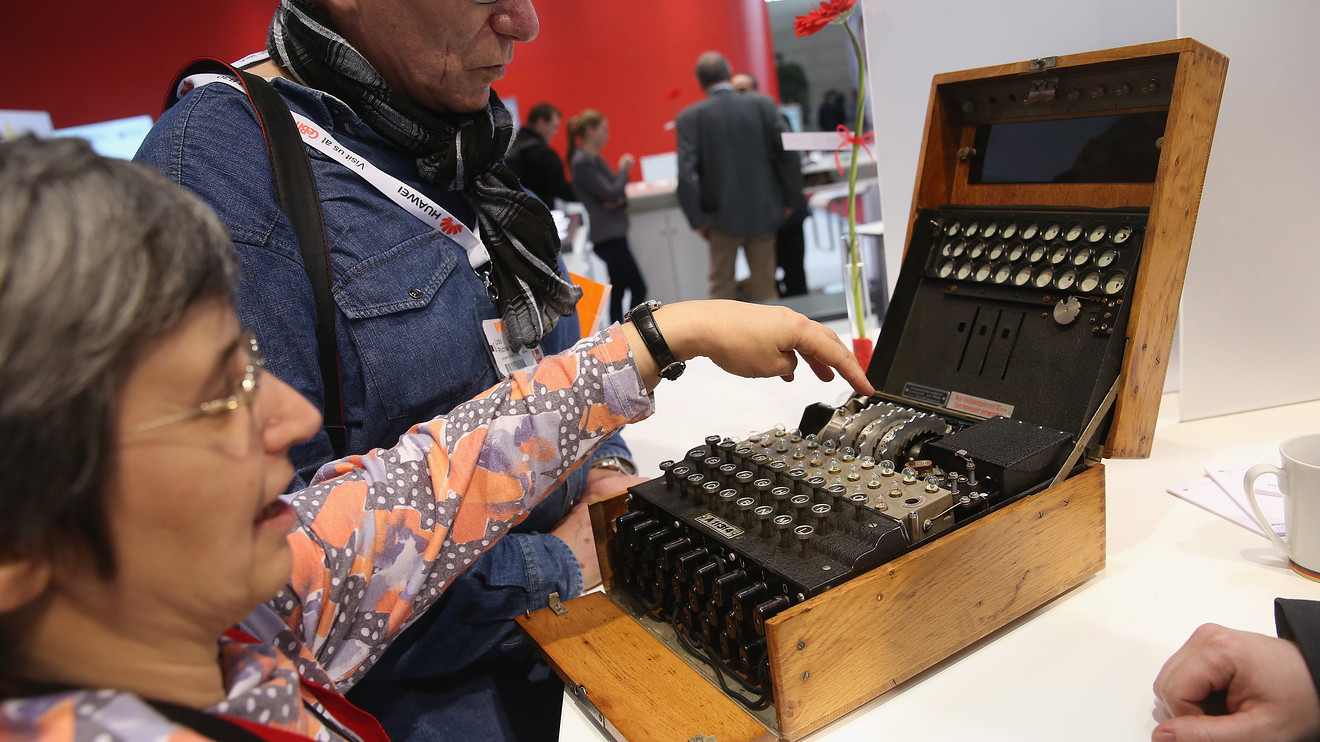 One of the legendary Nazi cipher machines used by Adolf Hitler’s military when they tried to take over the world is coming up for auction this weekend and is expected to fetch about $100,000.

The rare “Enigma” machine is being put up for sale as part of a broader collection of war and related artifacts being sold by Heritage Auctions. The auctioneers estimate only about 250 remain in existence.

The model being sold, unusually, still has all of its parts, and the metal rotors are engraved with the Third Reich emblem.

The “Enigma” code devices were at the heart of the Third Reich’s secret communications as its vast military network fanned out across Europe and beyond.

Cracking the supposedly “unbreakable” Enigma code, the subject of the 2014 movie “The Imitation Game,” starring British actor Benedict Cumberbatch, is considered one of the critical achievements in defeating Germany in World War II.

“Breaking the Enigma was one of the most impressive scientific feats of the 20th century,” says historian Vince Houghton, curator of the International Spy Museum in Washington, D.C. “Only the development of atomic weapons rivals the impact beating Enigma had on the outcome of the war.”

The “Enigma” machines, developed in Germany in the 1920s and 1930s, were considered engineering and cryptographic masterpieces, especially in an era before modern computing. “It was extraordinarily complicated, even for today,” says Houghton of the code. “Trying to break the machine using pencil and paper [so-called “brute force”] would take lifetimes.”

According to this paper from Cornell University, the number of theoretical possible “Enigma” configurations was roughly three times 10 to the 114th power. It adds that the Germans didn’t make full use of the machine’s capabilities, so that in practice Allied codebreakers had to deal with fewer permutations — roughly 10 to the 23rd power.

Heroic efforts by Polish and British codebreakers before and during World War II allowed the Allies to break the cipher, and played a critical role in the defeat of Nazi Germany.

“Enigma” was considered so sensitive and dangerous at the end of the war that most of the devices left were destroyed on the orders of Sir Winston Churchill, Houghton said. And the extraordinary role of the codebreakers at England’s Bletchley Park, led by Cambridge University mathematician Alan Turing, was kept secret for decades. Turing’s critical role in defeating Hitler remained unknown when he was convicted in the 1950s of criminal offenses for homosexuality, which was illegal in Britain at the time, and ended up taking a fatal overdose of poison.