Home
Stocks
How to get Disney+, Apple TV+, Amazon Prime Video or Netflix for ‘free’ — and what to know before you sign up
Prev Article Next Article
This post was originally published on this site 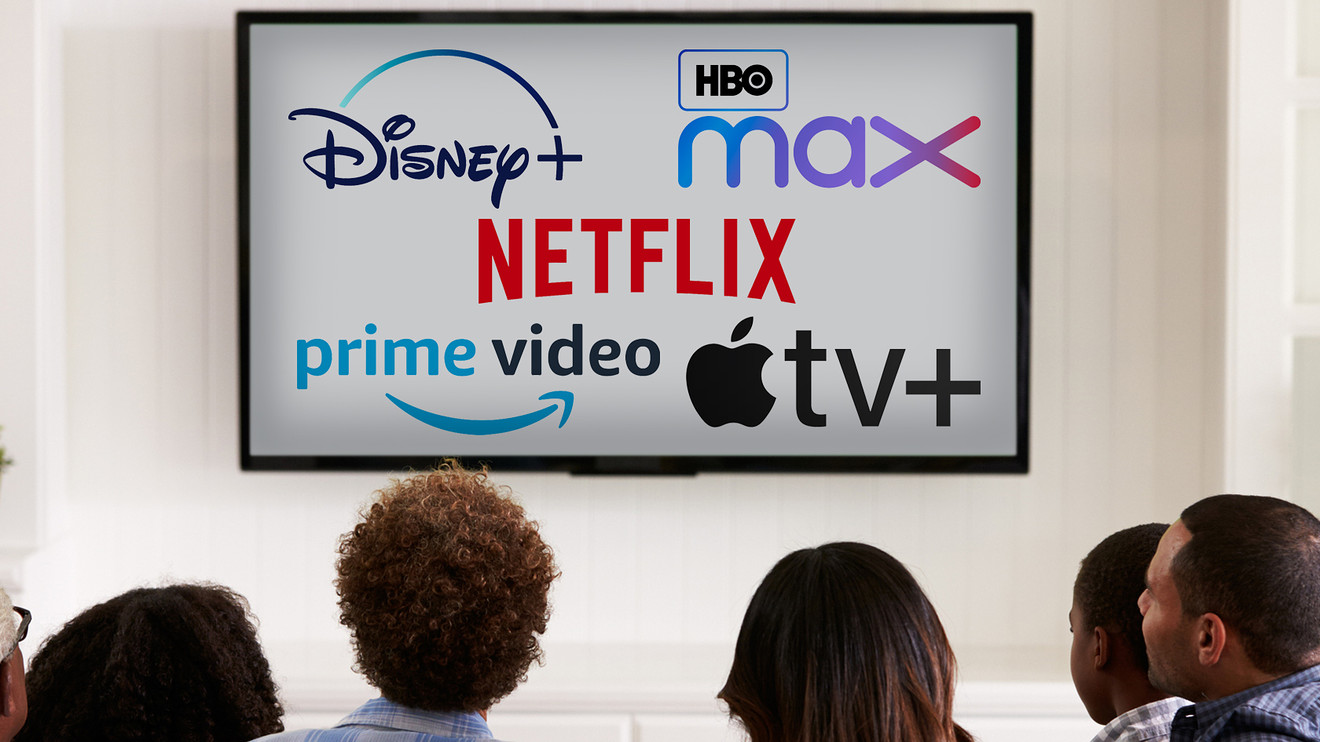 TV and movie fans are floating on a sea of streaming video subscription services. That’s good news for binge watchers, but not-so-good news for their budgets.

While prices can be as low as $4.99 a month (for Apple TV+), a household’s monthly streaming expenses can quickly add up as viewers tack on subscriptions to chase their favorite shows and movies. For example, fans of ’90s sitcoms may want both Hulu, which has “Seinfeld,” and HBO Max, the new HBO offering set to debut in 2020, which will have “Friends.”

Meanwhile the $6.99-a-month Disney+ DIS, -0.34%   has been popular with families looking for kid-friendly content, racking up 10 million subscribers since its November launch.

Unfortunately for viewers trying to keep their spending in check, we often underestimate how much we spend on our various streaming subscriptions. Luckily, there are some deals and discounts on the better-known video streaming services, but viewers should be discerning about these offers, experts told MarketWatch.

See also: Before you sign up for Disney+, use this calculator to add up the ‘true’ cost of your streaming services

Competition is heating up between established “media Goliaths” who want customers for their existing products and companies like Netflix NFLX, +0.02%   whose main business is streaming, said Jim Willcox, the senior electronics editor at Consumer Reports.

“It’s sort of like a perfect storm of companies that are really looking to tie you to their services, melding with companies that have new services they want you to try,” Willcox told MarketWatch. AT&T T, -0.23%  , for example, would love to have you as both a phone customer and a streaming customer, just as Apple AAPL, +1.36%   wants you to buy its devices and watch its new Apple TV+.

Here are some of the deals currently on offer:

Amazon’s AMZN, +0.03%   $119-a-year Prime program is probably best known for its fast, free shipping perk, but it also comes with photo storage, cash-back rewards and Prime Video. If all you care about is being able to watch “The Marvelous Mrs. Maisel” or “Bosch,” you can also sign up for a video-only version of Prime for $9 a month.

And the most expensive unlimited data plan from Metro by T-Mobile ($60 a month, including fees and taxes) comes with an Amazon Prime subscription.

If you bought any new iPhone, iPad, iPod touch, Apple TV or Mac after Sept. 10, you can get one free year of Apple TV+. You have to claim the offer within three months of setting up your new device. And mark your calendar: You’ll be enrolled in a $4.99-a-month subscription as soon as the one-year free period ends, and it will automatically renew until canceled. There’s only one offer per household, no matter how many devices you’ve bought, but you can share your free year with up to five family members.

You can get a free year of Disney+ if you have a Verizon VZ, -0.59%   Unlimited cellphone plan (see which ones are eligible here) or Verizon Fios Home Internet. Keep in mind that while the advertised base costs for Verizon’s unlimited cellphone plans are about $70 to $90, another 8% to 39% in fees and taxes can be added to the monthly bill, according to Verizon’s website — and the same goes for many other carriers’ cellphone plans. Those fees can really add up.

If you have three lines with US Mobile’s $40-a-month unlimited plan, you can choose between free Disney+ or Netflix Standard.

And if you’re a Disney fan in the market for a new TV, consider an LG: Certain LG OLED TVs (which start at $1,299) come with a year of Disney+, and certain Nano Cell models (starting at $1,099) come with six months.

“Many” AT&T wireless customers can get free HBO as part of their plan, including those who have the newest $85-a-month AT&T Unlimited Elite plan, an AT&T spokeswoman told MarketWatch.

When HBO Max launches in May for $14.99 a month, AT&T will offer existing AT&T HBO customers “immediate access to HBO Max at no additional charge,” she said. And AT&T customers without HBO who subscribe to AT&T top-tier wireless, TV and broadband services will receive HBO Max at no extra charge as well.

“In fact, AT&T was the first to offer premium content as part of our wireless plans starting in early 2017, with our competitors slowly following our lead,” spokeswoman Melissa Cappabianca said. (However, AT&T eliminated HBO as a free perk for its cheapest cellphone plans in 2018, Ars Technica reported.)

Hulu (starting at $5.99 a month) is included with all of Sprint’s unlimited cellphone plans, and the most expensive one, the $80-a-month Unlimited Premium, comes with Hulu, Amazon Prime and the Tidal music streaming service, a Sprint spokeswoman said. “When you add up the value for everything that is included — Hulu, Prime, Tidal, etc. — it represents a total value of $150 for all of the services, but Sprint customers pay only $80 per month for line 1, and less when you add more lines,” said spokeswoman Kathleen Dunleavy.

And Disney+ customers can bundle Hulu and ESPN with their subscriptions for a total price of $12.99 a month.

It doesn’t have as many movies as it once did, and the price has gone up in the last year, but Netflix is, of course, a popular choice. People with T-Mobile’s TMUS, +0.77%   $70-a-month “Magenta” cellphone plans — the new name for its unlimited data plans — get the normally $8.99-a-month Netflix Basic for free. The more expensive Magenta Plus plans ($85 a month) come with Netflix Standard, which usually costs $12.99 a month. And people who have three lines with US Mobile’s $40-a-month unlimited plan can get either Netflix Standard or Disney+ for free.

A few other tips to keep in mind:

Make sure the shows you want are going to be there

Some of the content you may be expecting might not be available on certain services yet because existing licensing agreements have yet to expire, Willcox noted. “Star Wars: The Last Jedi,” “Mary Poppins Returns” and “The Mighty Ducks” aren’t on Disney+ yet, for example. Search engines like Just Watch, Reel Good and Can I Stream It can help you hunt down your favorite movies and shows.

Do a test drive first

If you want to make an informed decision about whether any of these deals is worth it, you first need to know how much you value certain streaming services, said Kimberly Palmer, a personal finance expert at Nerdwallet. One way to figure that out is to test drive the service with a free trial. Netflix and Amazon Prime both have 30-day free trials; Disney+ and Apple TV+ have seven-day trials. But be vigilant about exactly when the trial ends and when you’ll need to cancel. Many streaming services will automatically enroll and bill you the minute the trial period is over.

One easy (but ethically questionable) way to get free streaming is to share an account with a family member, roommate, or even an ex-partner. Some services, like Netflix, have previously said they don’t mind if viewers share access to accounts, but Disney has said it will crack down on the practice. “Just check the rules to make sure you don’t get locked out,” Palmer said. “It can be so frustrating if one of your favorite shows is coming out, and then all of the sudden you can’t access it on a Sunday night.”