Home
Market
Tyson Foods cleared to ship poultry to China from all U.S. plants
Prev Article Next Article
This post was originally published on this sitehttps://i-invdn-com.akamaized.net/trkd-images/LYNXMPEFBF14E_L.jpg 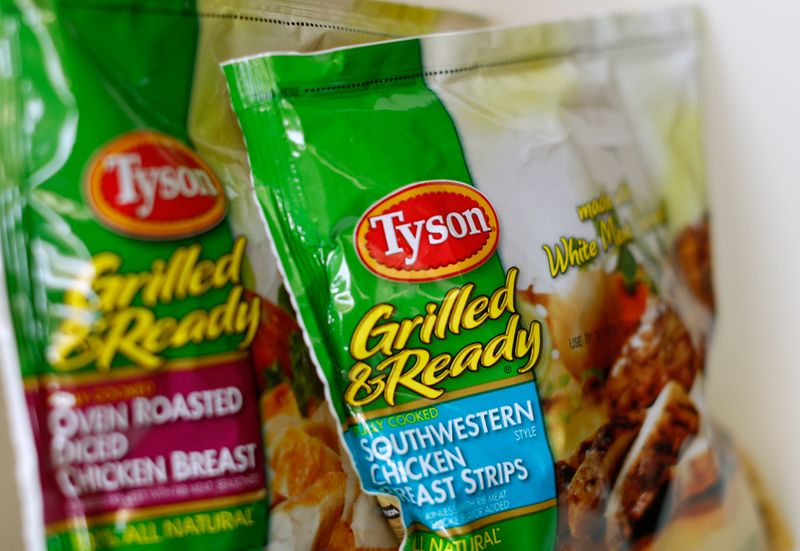 CHICAGO (Reuters) – Tyson Foods Inc (NYSE:) received approval from U.S. and Chinese authorities to export American poultry to China from all 36 of its U.S. processing plants and expects to begin taking orders early next year, a chief supply chain officer for the company said.

“There’s an extreme amount of interest across all those parts from multiple buyers in China,” Bernie Adcock, Tyson Foods’ chief supply chain officer for poultry, said in an interview on Friday.

Beijing banned U.S. poultry and eggs in January 2015 over a U.S. outbreak of avian flu, closing a market that bought $500 million worth of American poultry products in 2013, according to the U.S. Department of Agriculture (USDA).

China is scouring the globe for meat and poultry after African swine fever killed about half of the world’s largest hog herd.

U.S. meat companies have faced a disadvantage for pork exports to China, compared to other suppliers, because Beijing imposed tariffs of up to 72% on American pork as part of the countries’ trade war. Tyson, the largest U.S. meat producer, expects China to import more U.S. pork and poultry to compensate for African swine fever’s toll.

“My gut is they’re going to buy a lot of both,” Adcock said.

China is an important market for chicken parts that many U.S. consumers do not eat. During China’s ban, companies including Tyson and Sanderson Farms Inc rendered some feet for products like fertilizer and pet food, instead of exporting them for higher returns.

Tyson is working to win U.S. approval by the end of the year for labels on poultry exported to China, the final step. It received its first label approval on Friday, Adcock said.

Processing plants run by Sanderson, Pilgrim’s Pride Corp and other companies also have been cleared to ship U.S. poultry to China, according to USDA.

Tyson will probably not ship poultry to China from all its plants, Adcock said.