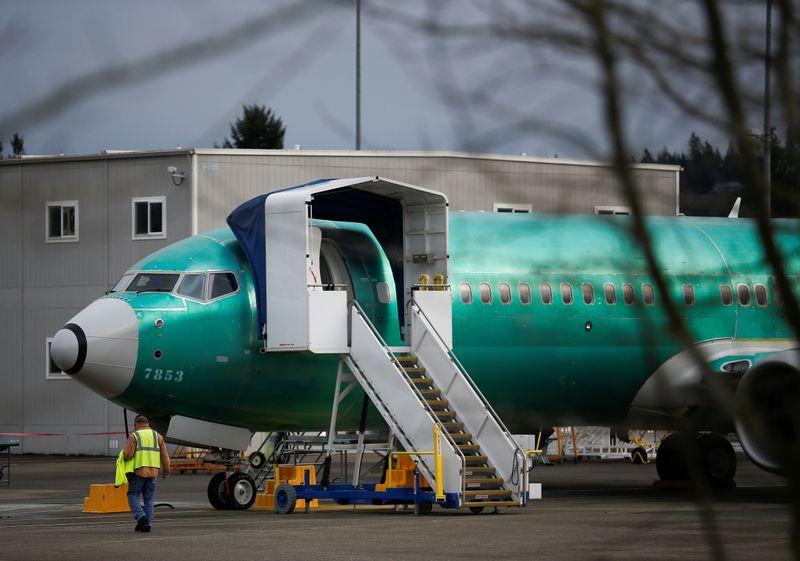 (Reuters) – Boeing Co (N:) is expected to continue burning cash despite pausing production of its 737 MAX jet, as it will leave its workforce intact and likely provide support to suppliers, analysts said.

Some estimated the cash burn at around $1 billion a month.

The airline said on Monday it would suspend production in January, its biggest assembly-line halt in more than 20 years, as repercussions from two deadly crashes of the now-grounded aircraft drag into 2020.

Boeing, which builds the 737 south of Seattle, said it would not lay off any of the roughly 12,000 employees there during the production freeze.

“We estimate that Boeing is burning nearly $2 billion per month on the MAX but this will not drop to zero during the halt,” JPMorgan (NYSE:) analysts said in a note to clients.

They assumed more than half of those costs will remain due to internal overhead and staff expenses as well as support for key suppliers like fuselage producer Spirit AeroSystems Holdings Inc (N:).

Analysts at Jefferies estimated a cash burn of more than $730 million a month.

The U.S. Federal Aviation Administration needs to certify software changes and training plans before the plane can resume flying in the United States. Other regulators then need to sign off for it to return in other parts of the world.

The duration of the production halt is uncertain, making it hard to forecast the financial impact on Boeing and its suppliers.

“We don’t know what Boeing plans to do about its suppliers,” said Richard Aboulafia, vice president of analysis at Teal Group.

“They might need them to stop component, systems, and structures deliveries, but it would still need to help these suppliers keep workers and capacity so they can go back to full output when the time comes.”

Jefferies estimated the halt could last three months, which would reduce its 2020 737 MAX delivery forecast to 462 planes from 807.

It would take until the second half of 2022 for Boeing to be fully clear of inventory, given it has produced 400 of the jets since the March grounding that have yet to be delivered to customers, Jefferies said.

“Given the grounding has stretched longer than expected, we believe we could see the payments/concession increase from initial levels,” it said of compensation to airlines, for which Boeing announced a $5.6 billion pre-tax charge in July.

Boeing said it would provide financial information regarding the production suspension in connection with its fourth-quarter earnings release in late January.