Home
Market
UK financial sector still resilient ahead of Brexit: data
Prev Article Next Article
This post was originally published on this sitehttps://i-invdn-com.akamaized.net/trkd-images/LYNXMPEFBH002_L.jpg 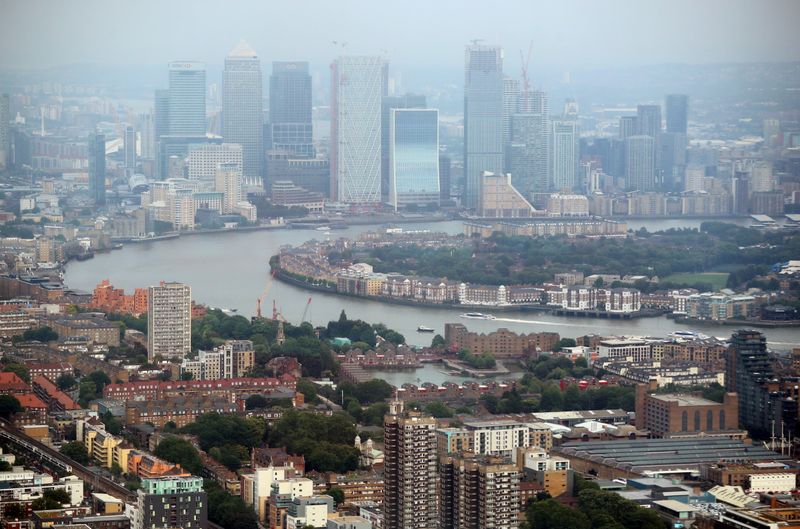 LONDON (Reuters) – Britain’s exports of financial and related services rose to 83 billion pounds ($106.5 billion) last year, with the European Union still the biggest customer, underscoring the importance of retaining market access to the bloc after Brexit.

The latest figures compiled by TheCityUK reflect continued resilience in Britain’s biggest economic sector despite predictions of a decline after the country voted in 2016 by 52% to 48% to leave the EU.

British Prime Minister Boris Johnson, whose Conservative Party won a resounding victory in last Thursday’s national election, has said Brexit is on track for January 31, followed by a business-as-usual transition period to the end of 2020.

But Britain said on Tuesday it would outlaw any extension of the transition period beyond 2020, raising the possibility that the country could end up trading with its most important market on World Trade Organization terms – more burdensome for business.

Britain’s financial sector wants the EU to grant at least some form of basic access to the bloc after the transition ends, though more than 300 banks, insurers and asset managers have opened hubs in the bloc in case this does not happen.