Home
Market
HKEX boss Li sells $21.4 million worth of shares
Prev Article Next Article
This post was originally published on this sitehttps://i-invdn-com.akamaized.net/trkd-images/LYNXMPEFBI1D7_L.jpg 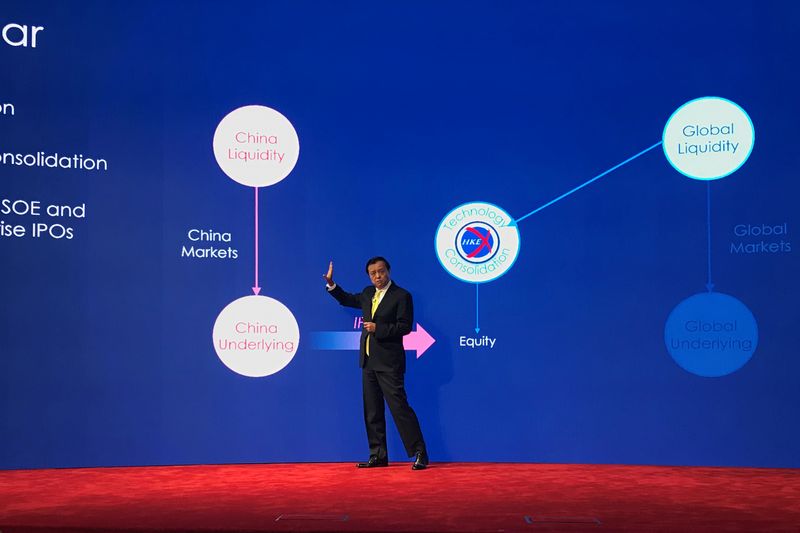 HONG KONG (Reuters) – The CEO of Hong Kong stock exchange operator HKEX on Wednesday sold around $21.4 million worth of shares in the group, the company said on Thursday.

This is the first time CEO Charles Li has sold shares in Hong Kong Exchanges and Clearing Ltd (HKEX) (HK:) during his nine years in the job.

The exchange operator has had a turbulent year. The company made an unsolicited $39 billion dollar bid for the London Stock Exchange (L:), in September. But the company was forced to withdraw the bid a month later after failing to convince LSE’s management and investors to back the move.

HKEX’s trading volumes and initial public offerings fell over the summer as Hong Kong was hit by months of anti-government protests.

The Hong Kong exchange is in third place in global rankings for IPO fundraising this year, having raised $24.2 billion, behind Nasdaq and Riyadh, based on Refinitiv data. Riyadh’s exchange recently launched the up-to $29 billion IPO of Saudi oil company Aramco (SE:).

Refinitiv league tables do not include secondary listings. If the Alibaba (NYSE:) listing were included, Hong Kong would have topped the chart with $37.1 billion.