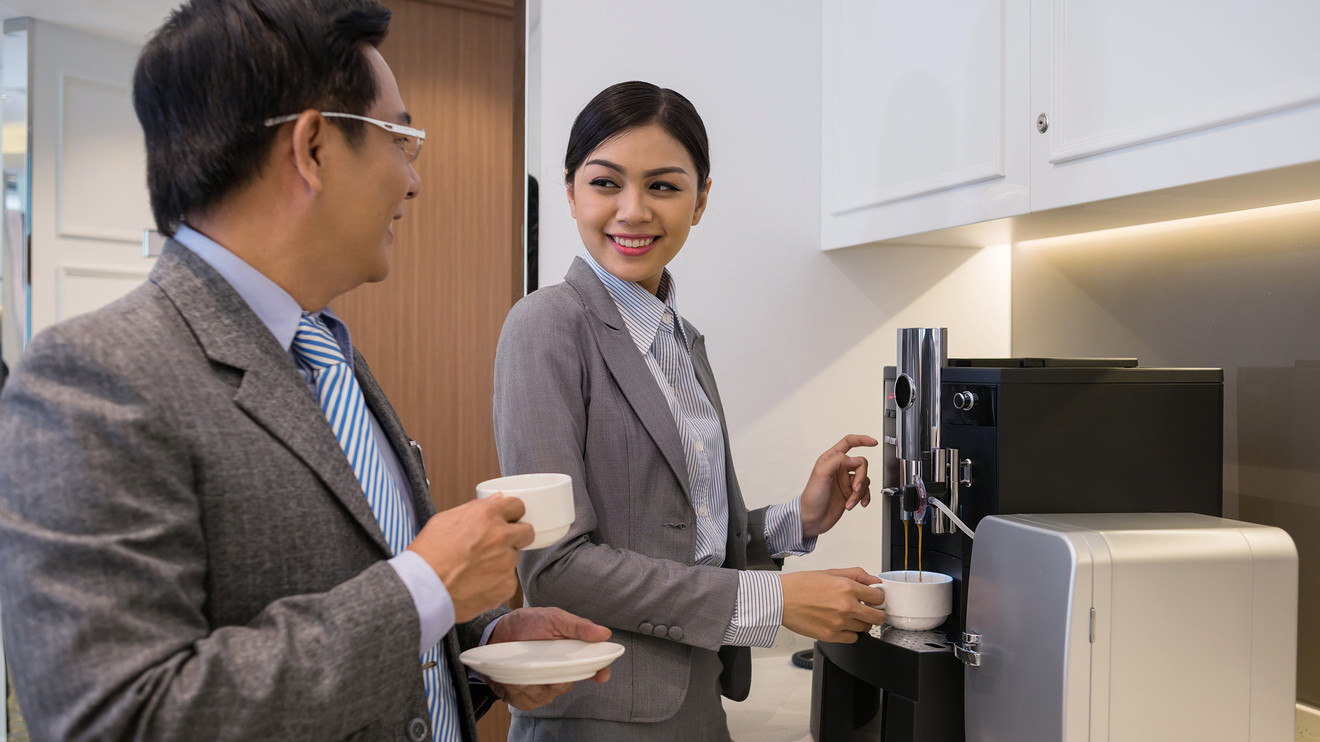 “When flirtation is enjoyed, it makes the recipient feel good about themselves — it makes them feel attractive, included and powerful,” lead study author Leah Sheppard, an assistant professor of management at Washington State University, told MarketWatch. “These are all psychosocial resources that lead to the reduction of stress.”

‘We are definitely not saying, ‘Go out tomorrow and flirt with colleagues that you’ve never flirted with.’

Across three studies published in the journal Organizational Behavior and Human Decision Processes, Sheppard and her co-authors analyzed surveys from several hundred workers in the U.S., Canada and the Philippines about their experience of receiving “social sexual behavior,” defined in the paper as “social interactions between two or more employees that have sexual content or innuendo but that are not, by definition, perceived as demeaning or humiliating.”

“Importantly, these behaviors are not always driven by romantic interest, and tend to be instinctive behaviors even among those in platonic opposite-sex relationships,” they wrote.

They also assessed employees’ stress levels, and studied whether such social sexual behavior served as a buffer against the consequences of various stressors.

Among the findings: Workers tended to dislike social sexual behavior when it came from someone with authority over them. But “enjoyed” flirtation helped weaken the impact of workplace injustice on insomnia and job tension. And while enjoyed flirtation was associated with accumulating psychosocial resources (like feeling powerful and attractive) and shielding against the impacts of workplace injustice, “sexual storytelling did not.”

Employment attorney Paula Brantner, the president and principal of the firm PB Work Solutions, said she was unsurprised by the finding that some people enjoy flirting and consider it a stress reliever and self-esteem booster.

“The study’s findings also correlate with the longstanding legal definition of harassment that requires that any kind of sexual banter, flirting or other similar interaction be consensual,” she told MarketWatch in an email. “The kind of flirtation and sexual banter that this study views positively was from either workplace peers or customers/clients, which to me shows that any of this behavior taking place within the chain of command has the potential to make people uncomfortable (as we already know and seek to prohibit).”

The researchers didn’t study other variables that could have negative implications, such as fellow colleagues’ feelings while witnessing this flirtation (perhaps discomfort or jealousy) or others’ perceptions of the behavior (as unprofessional, perhaps), they added as a caveat.

And to be sure, Sheppard said, the researchers are not encouraging people to go out and target coworkers with flirtation because of this study. Managers also shouldn’t feel emboldened to participate in this behavior, she said, given the potential for a power imbalance.

“We are definitely not saying, ‘Go out tomorrow and flirt with colleagues that you’ve never flirted with,’” Sheppard said.

Rather, the forms of enjoyed flirtation discussed in the study might resonate with folks who see such behavior naturally emerging in their social circles at work, Sheppard said — likely among coworkers who already have some sort of existing, and positive, relationship.

The authors wrote that it was encouraging that companies today were taking sexual harassment seriously and disciplining offenders.

Some employers are cracking down on workplace flirting

Some employers have revamped their dating policies in light of the #MeToo movement. While organizations should certainly have zero-tolerance policies on sexual harassment, Sheppard said, restrictive guidelines on how employees should interact might go “a little bit too far” — instilling awkwardness and fear in workplace social relationships (say, an innocent hug between friends) that might previously have been viewed as normal.

“It could have long-term implications for how happy your employees are,” Sheppard said. “In that kind of environment, I would probably feel very fearful, like any little thing that I do can be misconstrued.”

Brantner sees anti-flirting policies as an extension of zero-tolerance policies on workplace dating, which she said can drive relationships underground and hand someone seeking to harm another person a weapon to do so, should the relationship end badly.

“How can you define what is flirting, anyway?” she added. Recipients of flirtatious behavior know when they think it’s creepy and unwanted, she said, as opposed to a consensual precursor to a closer relationship (if a coworker or peer) or a way to encourage better tips or other advantageous financial terms (if a customer or client).

Instead, Brantner said, companies should focus on implementing “neutral external reporting systems that minimize retaliation” rather than trying to draft policies legislating every aspect of workplace behavior.

“If an employee could safely report conduct that is unwanted and makes them feel unsafe, and therefore doesn’t enhance their work, versus conduct that they feel is completely consensual that they enjoy and does enhance their working relationships [and doesn’t need to be reported], then these policies wouldn’t be necessary and wouldn’t seem so extreme in their language and application,” she said.