Home
Stocks
The Margin: After a 25-year break, ‘The Far Side’ returns— and finally has an online home
Prev Article Next Article
This post was originally published on this site

The comic strip that was a viral hit — way back before anyone even knew what a viral hit was — is back.

Nearly 25 years after Gary Larson retired from drawing “The Far Side,” the offbeat and iconic comic reappeared online Tuesday for the first time (at least officially).

TheFarSide.com — the first official online home for Larson’s comics — launched with a trio of offerings: “The Daily Dose,” a handful of random “Far Side” cartoons that will be updated daily; “Comic Collections,” thematic collections of the classic comics updated every week; and “Sketchbooks,” featuring never-before-seen sketches and doodles from Larson’s archives.

In 2020, the site will also “periodically unveil new work” by Larson. 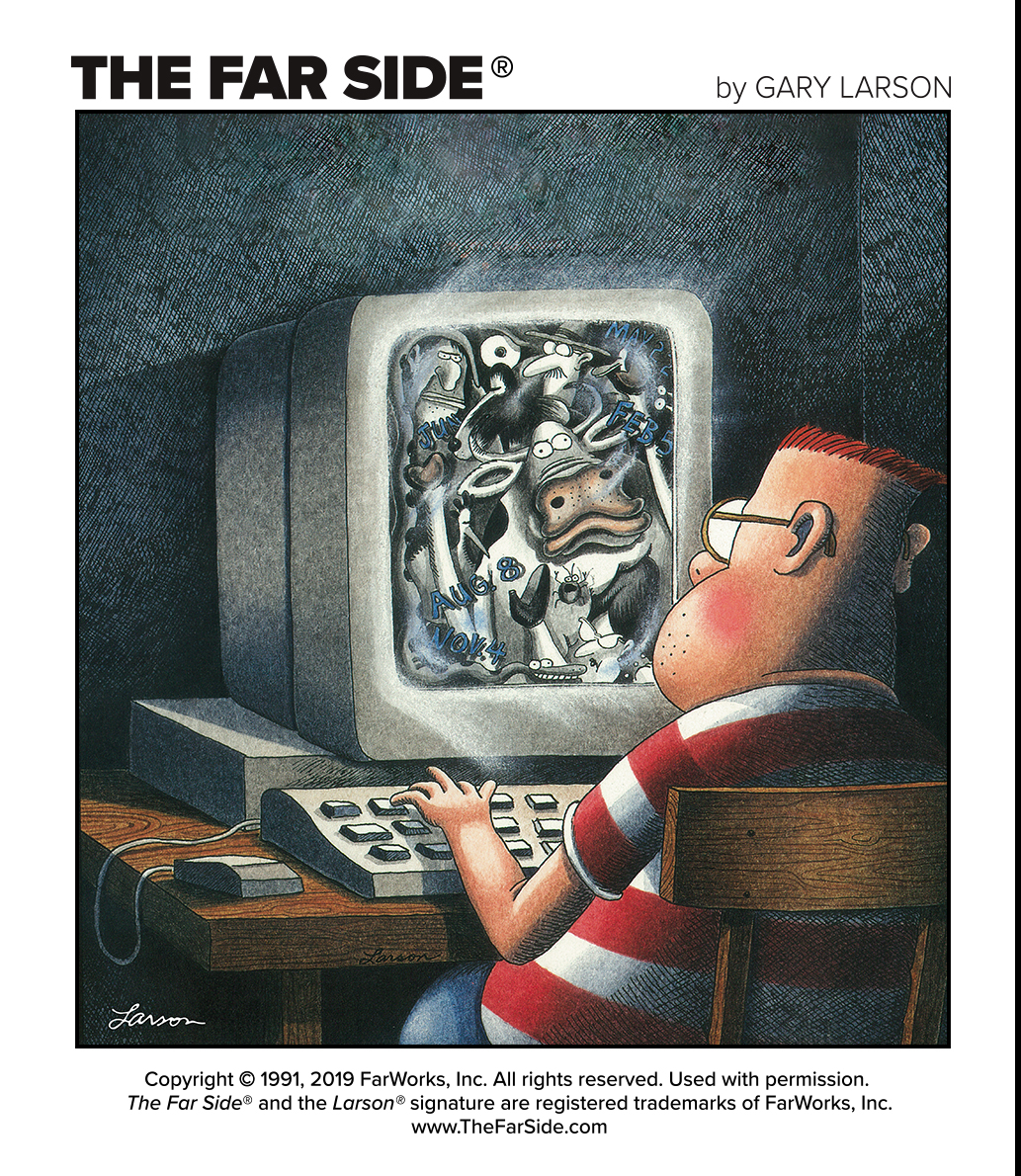 “The Far Side,” a single-panel newspaper comic populated by — among many other characters — talking cows, cavemen and mad scientists, debuted in 1979 and quickly won over fans with its absurdist humor. Favorite panels cut from the newspaper became ubiquitous, taped to refrigerator doors, bedroom walls and office cubicles. The cartoon, which was syndicated in newspapers around the globe, spawned a hugely popular line of desk calendars (the world’s best-selling for 18 straight years) as well as a series of best-selling books, and won Larson accolades from devoted fans and professional circles alike (Larson was a two-time winner of the Reuben Award for outstanding cartoonist of the year and “The Far Side” was named best cartoon panel by newspaper-reader surveys for 10 consecutive years).

Larson stepped away from the comic just as the internet age was beginning, publishing his final panels on Jan. 1, 1995.

The internet-averse Larson, 69, had teased the website in September, and at the time wrote an open letter admitting “some ambivalence about officially entering the online world.”

But he cited advancements in computer graphics and the means to defend his intellectual property as reasons for his return.

“Trying to exert some control over my cartoons has always been an uphill slog,” he wrote. “I’m hopeful this official website will help temper the impulses of the infringement-inclined. Please, whoever you are, taketh down my cartoons and let this website become your place to stop by for a smile, a laugh, or a good ol’ fashioned recoiling. And I won’t have to release the Krakencow.”