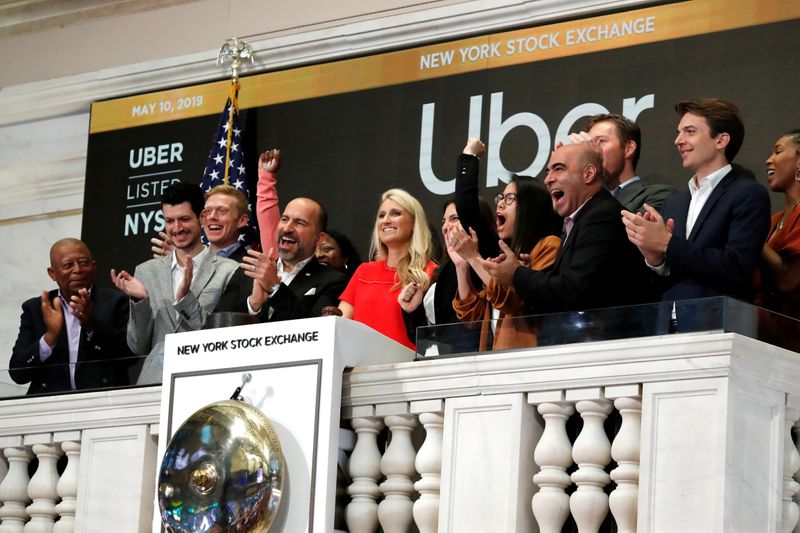 By Clara Denina and Abhinav Ramnarayan

The two deals accounted for 6% of the total raised, with Aramco alone accounting for 15% of global IPO volumes.

“Aramco fits the category of large and differentiated deals for which there is an audience but equally it is such a unique asset and a unique situation that it is difficult to read across to other situations,” said Gareth McCartney, head of Europe Middle East and Africa (EMEA) ECM syndicate at UBS.

U.S. office-sharing tech firm WeWork was the year’s highest-profile casualty after its valuation tumbled from $47 billion in a private fundraising round in January to as low as $10-$12 billion for its proposed and then canceled IPO.

“The pendulum has swung much more towards discipline. Companies don’t need to be profitable but there is much greater focus on the unit economics of a business,” she said, referring to the underlying profitably of a company’s core business.

The cancellations also reflected a weakening global economy and political volatility, with Asian deals suffering from the anti-government protests in Hong Kong.

“If uncertainty created by the protests is prolonged, then it may have an impact on the decision to list in the longer term,” said Janney Chong, equity capital market partner at law firm RPC.

Proceeds from Asia Pacific IPOs fell by nearly a fifth to $64.6 billion equivalent, though the Alibaba listing meant regional volumes were up 3.2% at $230.8 billion.

In Europe just $23.8 billion was raised, a 43.4% slide from 2018 and the lowest volume in seven years, leaving the United States as the only major region to top last year’s IPO volumes.

However, with their share prices languishing well below listing levels, many bankers believe the global ECM market could remain subdued in 2020 despite a healthy pipeline.

The market also appears to be undergoing a structural change, with many companies, particularly tech ones, raising larger sums of money from venture capital and private equity investors, bankers said.

“Increasingly, issuers and vendors have the opportunity to delay their IPOs…and give them another 1-2 years in the private market,” said James Fleming, co-head of global equity capital markets at Citi.

Private equity companies have raised record amounts of funds in recent years, while sovereign wealth funds have become increasingly active in global equity markets. Japanese investment company Softbank (T:) alone has more than $100 billion allocated to its Vision Fund and is in the process of raising another $100 billion for a second fund.

A London-based capital markets lawyer said that while some challenges to the IPO market remain the same as previously, this was creating a new dimension.

“When you brought a company to market ten years ago, you didn’t have a $100 billion dollar fund competing for your attention,” he said.