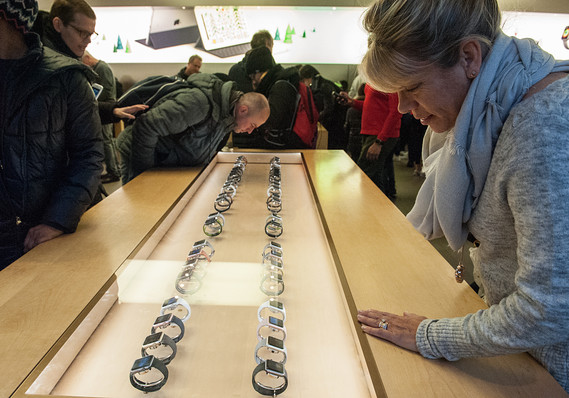 People look at watches at an Apple store on Fifth Ave in New York City.

The numbers: The University of Michigan said the final reading of its consumer sentiment index in December was 99.3, up from 96.2 in the prior month.

Economists polled by MarketWatch expected a 99.5 reading as the preliminary reading for December was 99.2.

What happened: Consumers’ assessment of current conditions actually rose a bit, rising to 115.5 in the final December reading from 111.6 in the prior month, and the index of consumer expectations rose to 88.9 from 87.3.

Most of the December gain was among upper-income households.

The big picture: The healthy job market and the rising stock market are bolstering consumer confidence.

Market reaction: U.S. stocks moved higher into record intraday highs on Friday morning after the data was released. The Dow Jones Industrial Average DJIA, +0.36%   was up 96 points to 28,473.