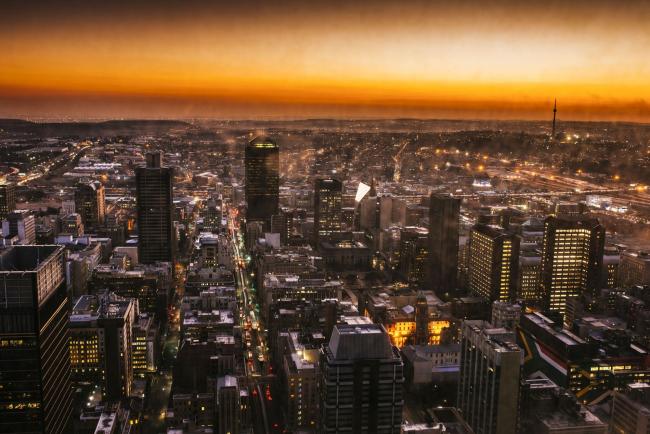 (Bloomberg) — (Bloomberg) — Andre de Ruyter, the incoming head of South Africa’s debt-burdened state power utility, engaged in questionable stock sales while working as a senior executive at Sasol Ltd. in 2013, according to a forensic audit report.

De Ruyter, who was Sasol’s senior group executive for global chemicals and North American operations, together with then-chief financial officer, Christine Ramon, knew about cost overruns at a chemical project and sold the company’s stock before that information was disclosed to other executives, says the report, a copy of which was seen by Bloomberg News. The report formed part of a risk and corporate governance assessment commissioned by the petrochemical conglomerate and undertaken by Werksmans Attorneys, a corporate law firm.

Both executives deny wrongdoing, saying they obtained the necessary authorization to sell stock and weren’t aware of the Werksmans report. Sasol confirmed that the sales were authorized. The report said, however, that had the information about the overruns been more widely known, approval would not have been given.

“It would appear that the information Mr. Andre de Ruyter and Ms. Christine Ramon had at their disposal was price-sensitive information when they traded their shares,’’ the report found, citing as evidence email communication between the executives and people working on the project over several months. Most of the emails were between De Ruyter and other employees; Ramon was copied on some of them.

De Ruyter left Sasol in October 2013, before the report was submitted, following a career that spanned more than two decades, to become chief executive officer of Nampak Ltd., a packaging company. He is set to take the helm at Eskom Holdings SOC Ltd. by mid-January. Ramon left a month earlier and took up her current role, as CFO of AngloGold Ashanti Ltd., the world’s third-biggest gold producer, in July 2014.

Eskom supplies about 95% of South Africa’s power and is struggling to turn itself around after years of mismanagement and alleged graft that have driven it to the brink of insolvency and saddled the company with about $31 billion in debt. As the nation’s biggest state-owned enterprise, the utility is key to maintaining financial and economic stability, and its inability to supply consistent power has hindered the economy.

The chairman and acting CEO of Eskom, Jabu Mabuza, said the company wasn’t aware of any investigation of De Ruyter. “We can confirm that rigorous integrity and reference checks were performed independently in line with normal recruitment processes and as required by the shareholder in supporting the board’s recommendations for any appointment to the position — these came back with satisfactory results,” he said.

“In 2013, a review into the share trading of certain executives was undertaken,’’ Sasol said in response to questions. Ramon and de Ruyter left before the report was completed and their departures were not related to it, nor were they told about it, the company said. Sasol added it didn’t believe it needed to report the trades to regulatory authorities.

The review came at a time of strained relations between Sasol’s then-CEO, David Constable, and other executives, including De Ruyter and Ramon, according to two people with direct knowledge of the situation. De Ruyter had been a formal contender for the CEO role and lost out to Constable, a Canadian national and former Fluor Corp (NYSE:). executive. Constable, currently a board member at Fluor and Rio Tinto (LON:) Plc, acknowledged a request for comment but did not respond further.

Stock exchange filings show De Ruyter sold three tranches of the company’s shares for a total of 8.9 million rand ($604,000) on May 14, 2013, while Ramon sold a single tranche for 33.7 million rand the same day. In both cases, the sales represented the majority of the Sasol stock they held, according to the Werksmans document. Both executives reported to Constable at the time.

On the day the two executives sold their shares, the company held a meeting at which other executives were told about the escalating costs of expanding a synthetic wax production project, according to the audit report. Internal Sasol correspondence showed De Ruyter and Ramon knew about the issue as early as February 2013, the report said.

“Both parties are by extension responsible for material misrepresentations in the form of omission and were potentially significantly conflicted in their roles of preparing and finally presenting the material information,’’ the report said.

On May 24, Sasol started a so-called closed period, which would have barred executives from trading their stock. On June 7, 2013, Ramon released a financial update revealing that the estimated cost of the wax project in Sasolburg, south of Johannesburg, had surged to 11.9 billion rand, 40% to 45% more than previously budgeted. The following month, the company announced a 1.5 billion rand write-down on the project, which was eventually completed in 2018 at a cost of 13.5 billion rand.

De Ruyter said he was responsible for the day-to-day operations of Sasol’s chemical plants and not the execution of projects, and that many executives, including Constable, would have been aware of the problems at the project.

The manner in which the report was produced “smacks of an intent to get the imprimatur of a law firm to cast unsubstantiated and uncorroborated allegations,’’ De Ruyter said in response to Bloomberg’s queries. “I do not consider the matter adequately dealt with.’’

He said the fact that the report had come to light six years after he left Sasol seemed to be an attempt to undermine his credibility as incoming CEO at Eskom. De Ruyter’s appointment was criticized by some labor unions and opposition parties, which saw it as a blow to racial transformation because they said there were suitable black candidates for the Eskom job. These included Jacob Maroga, Eskom CEO from 2007 to 2009, and Dan Marokane, the utility’s former head of group capital, according to people with knowledge of the situation.

Despite the losses, Sasol’s per-share earnings rose 11% in the year through June 2013 as output from its synthetic fuels business increased. That meant the trades didn’t work out optimally for the two executives: The stock surged 25% between the date they sold and the end of 2013.

De Ruyter sold 1.49 million rand-worth of Sasol stock in 2011 and 2012, according to stock exchange disclosures. There is no record of Ramon selling stock.

The audit, which covered the period from Feb. 1 to Aug. 31, 2013, and was concluded after the two executives’ departure, analyzed emails, regulatory filings and other documents supplied by the company. Its authors said they were given an unrestricted mandate and had unfettered access to information. They didn’t uncover evidence that Sasol board members breached their fiduciary duty during the review period, the report said.

South Africa’s Financial Markets Act of 2012 specifies that anyone who knowingly deals in securities with undisclosed insider information that could affect their value commits an offense. The Johannesburg Stock Exchange’s listing requirement stipulates that directors need written authorization to trade in their company’s stock and may not be given clearance in any period where they have access to price-sensitive information. Sasol also has American depository receipts, subjecting it to U.S. Securities Exchange Commission rules that require it to disclose material information about legal proceedings and other matters to investors.

While the conduct of individual managers posed challenges, Sasol’s systems and controls were found to be impeccable, and its risk management and peer review mechanisms were robust, the report concluded. The company’s public disclosure and reporting processes were also compliant with the rules “to a fault,” it said.

To contact the authors of this story: Antony Sguazzin in Johannesburg at asguazzin@bloomberg.netMichael Cohen in Cape Town at mcohen21@bloomberg.net

To contact the editor responsible for this story: John McCorry at jmccorry@bloomberg.net, Paul Sillitoe