Home
Stocks
What are these ‘wine caves’ that Elizabeth Warren and Pete Buttigieg were arguing about?
Prev Article Next Article
This post was originally published on this site 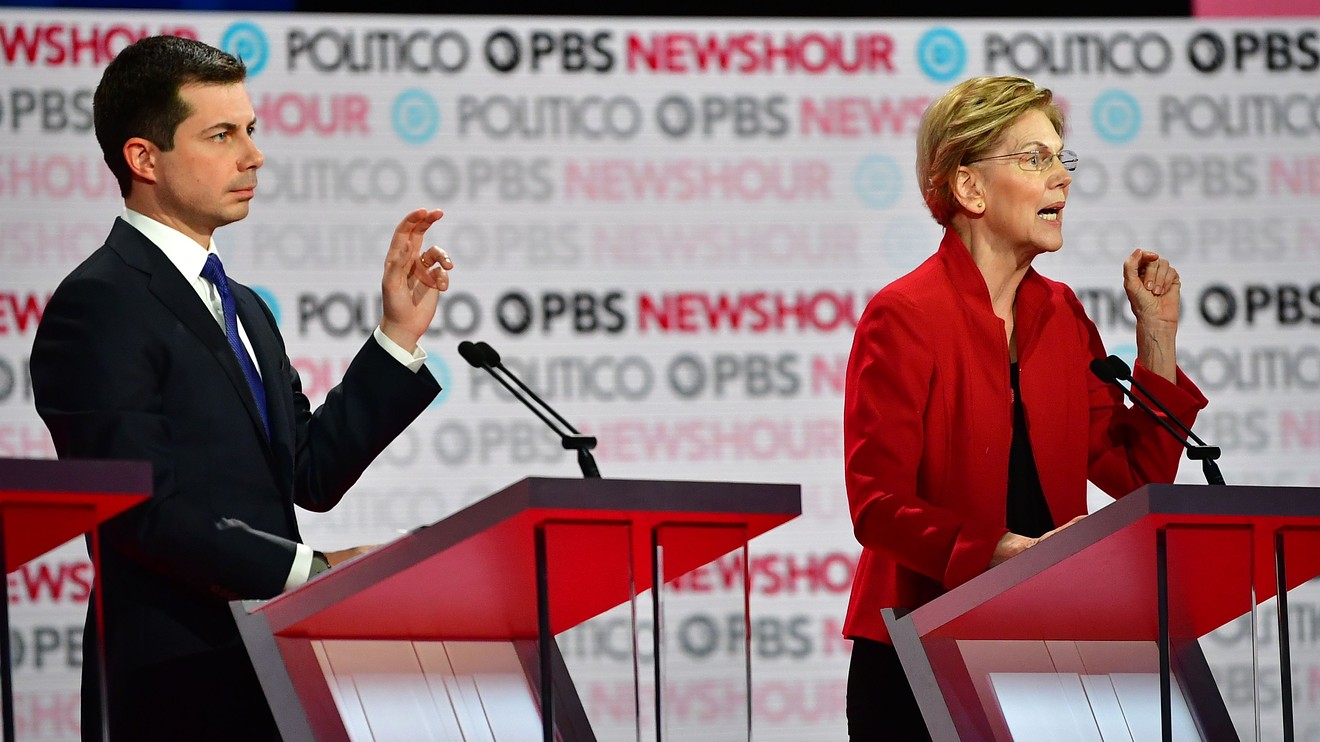 Elizabeth Warren tore into Pete Buttigieg at Thursday’s Democratic presidential primary debate, saying “billionaires in wine caves” shouldn’t be the ones picking the next commander-in-chief.

The Massachusetts senator invoked her rival’s recent Napa Valley fundraiser to raise questions about his alleged coziness with the moneyed elite.

But her barb raised another question too: What the heck is a wine cave?

“A wine cave is man-made wine storage space that could be drilled out of a mountainside,” explained Larry Perrine, the CEO and founding partner at Channing Daughters Winery, a 28-acre wine maker in Bridgehampton, N.Y.

California’s famed Napa Valley wine country is nestled between the Vaca mountain range to the east and the Mayacamas Mountains to the west, putting it in a prime spot for wine caves. The subterranean facilities bored into rock keep temperatures stable and cool, Perrine explained.

“These can be decorative, elaborate and very attractive spaces” he said of wine caves. The wine cave where the Buttigieg fundraiser was held is owned by billionaires Craig and Kathryn Hall and features a chandelier with 1,500 Swarovski crystals, the Associated Press reported.

Tours of Napa wine caves can run from around $20 to $75 per person.

Channing Daughters, in Long Island’s flat-terrain East End, doesn’t have a wine cave. But it does have a wine cellar — and there’s a difference, Perrine said.

“A wine cellar is not always, but commonly, below ground. … A wine cellar also refers to a place where wine is made and stored,” said Perrine, who happens to be a fan of both Warren and Buttigieg. Wine caves can hold wine barrels and cases, he said, but they’re not the place to make wine.

Elizabeth Schneider, author of “Wine for Normal People” couldn’t help rolling her eyes when learning of the debate exchange (where Mayor Pete retorted Warren wasn’t above big-ticket fundraisers too).

“A wine cave does not connote more expense than a wine cellar. … It’s just as expensive to have an event at a winery and that’s just it. I don’t like people saying a wine cave is a crazy thing,” she said, noting that Europe was filled with such caves dating back to Roman times.

Channing Daughters doesn’t host events, but Perrine said some wineries in the area can rent out their space for between $15,000 and $25,000. That’s just the fee for the venue, and nothing else.

Sasha Souza, an event planner in Napa and Sonoma County, noted people could rent out wine caves in the area for anywhere between $3,000 and $20,000 depending on the time and venue. That’s hardly exorbitant in the grand scheme, she noted. It could cost $30,000 just to book certain hotel ballrooms or even pitch a large tent in the area, according to Souza.

If you want your own private wine lair, there’s a wide range on the price. It can cost between $500 and $100,000 to build a wine cellar, according to Homeadvisor.com. The average cost, however, is $40,000 for a wine cellar or walk-in cave, the home improvement website estimated.

The project, if done right, can provide a nice return on investment, the site said. “Wine lovers will appreciate a room dedicated to their passion. In addition, it can increase your home’s market value and perception of exclusivity among some potential buyers,” it said.