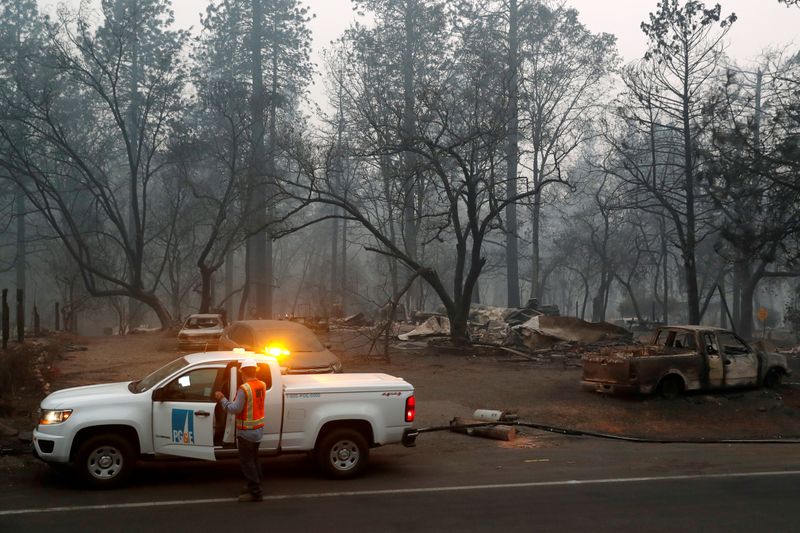 (Reuters) – PG&E Corp’s (N:) creditors have sweetened their offer to California wildfire victims, saying they are now prepared to pay $13.5 billion in cash upfront, according to a letter sent on Friday to state governor Gavin Newsom.

In the letter, the bondholders led by Elliott Management said their latest proposals will make sure individual victims “are prioritized, as they should be” and will address demands Newsom had raised earlier.

Newsom said on Dec. 13 that the settlement had lacked major changes in governance and tougher safety enforcement mechanisms mandated under the state wildfire statute. It would also leave the company with a weakened capital structure and “limited ability to withstand future financial and operational headwinds.”

The new plan calls for no debt at the reorganized holding company and a new board with residents from California forming the majority of directors.

It also allows for a takeover of PG&E by the state if the company is found to have caused any single future wildfire that destroys more than 5,000 structures.

PG&E said after the disclosure of the letter that it is continuing to talk with the stakeholders. Newsom’s office did not immediately respond to a request for comment after business hours on Friday.

PG&E said earlier it had reached a deal with labor, safety and customer advocacy groups calling for regulators to allow PG&E to implement some rate increases for funding wildfire-prevention efforts and safety improvements.

A term sheet submitted with Friday’s letter showed utility customer rate increases will be capped at 3% through 2023.

PG&E filed for Chapter 11 protection in January, citing potential liabilities in excess of $30 billion from deadly wildfires in 2017 and 2018 linked to its equipment.

It came under renewed criticism this year for precautionary power outages to guard against the risk of wildfires posed by extremely dry and windy weather.