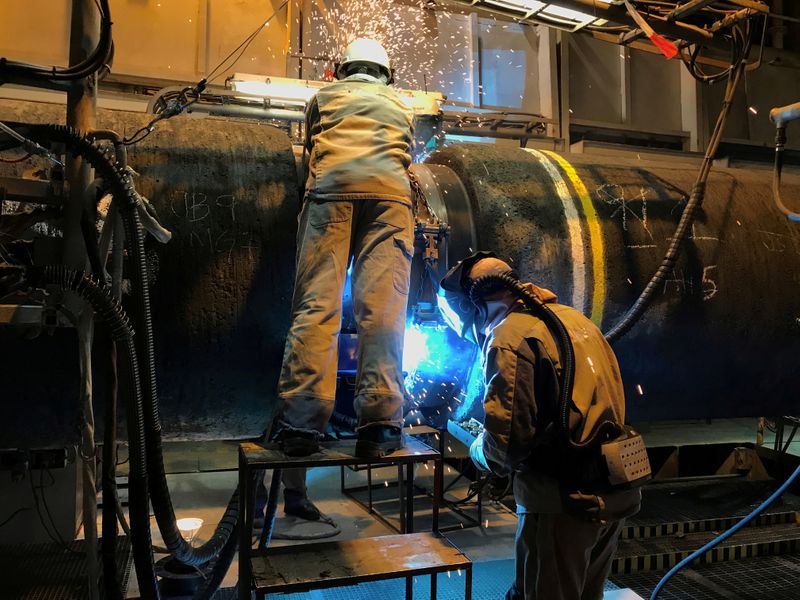 The move throws into doubt the completion date of the $11 billion project that Moscow had said would be ready in months, jeopardizing plans to quickly expand Russian sales of natural gas to Europe via pipeline.

The participation of privately-held Allseas, a specialist in subsea construction and laying underwater pipeline, is integral to the completion of Nord Stream 2, led by Russia’s state energy company Gazprom (MCX:).

“In anticipation of the enactment of the National Defense Authorization Act (NDAA), Allseas has suspended its Nord Stream 2 pipelay activities,” the company said in a statement dated Dec. 21, seen by Reuters shortly before Trump signed the bill.

“Allseas will proceed, consistent with the legislation’s wind down provision and expect guidance comprising of the necessary regulatory, technical and environmental clarifications from the relevant US authority.”

The bill calls on the administration to identify companies working on the project within 60 days to trigger the sanctions. That report will likely be completed faster than that, however, meaning the sanctions could be triggered earlier than expected, two U.S. senior officials told Reuters.

Nord Stream 2 would allow Russia to bypass Ukraine and Poland to deliver gas under the Baltic Sea to Germany.

Gazprom is taking on half of the project’s planned costs and the rest is divided between five European energy companies: Austria’s OMV, Germany’s Uniper and Wintershall, Royal Dutch Shell (LON:) and France’s Engie.

The Trump administration, like the Obama administration before it, opposes the project on the grounds it would strengthen Russian President Vladimir Putin’s economic and political grip over Europe. Russia has cut deliveries of the fuel to Ukraine and parts of Europe in winter during pricing disputes.

“We have a degree of consistency, over a decade of opposing this issue, across presidential administrations,” one of the U.S. officials said.

The United States has become the world’s top oil and gas producer in recent years and is aggressively trying to sell the products abroad. The Trump administration has touted U.S. liquefied natural gas as “freedom gas” that gives Europe an alternative to Russian supply.

Germany says it needs the gas as it weans itself off coal and nuclear power.