Home
Market
European shares edge lower ahead of Christmas holiday break
Prev Article Next Article
This post was originally published on this sitehttps://i-invdn-com.akamaized.net/trkd-images/LYNXMPEFBM0EZ_L.jpg 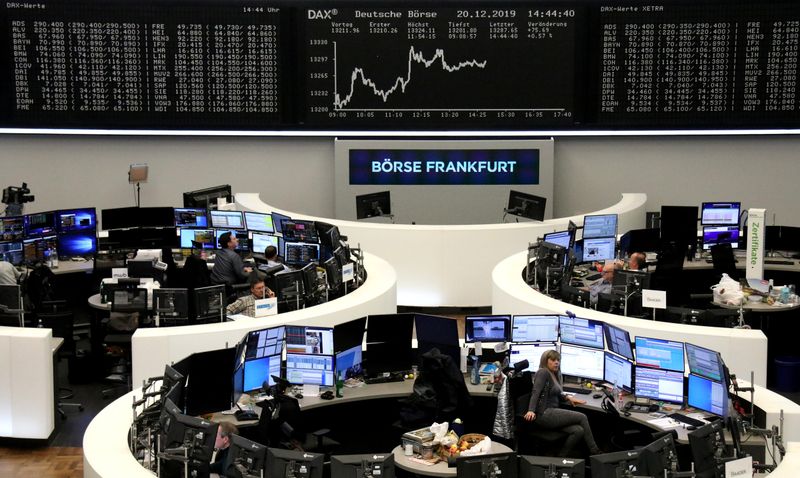 (Reuters) – European shares dipped slightly on Monday after nearing a record high in the previous session, as trading thinned ahead of the Christmas and Boxing Day holidays later in the week.

An improving outlook on the global economy and optimism around a smoother Brexit had sent European equities to an all-time high last week, with the benchmark index logging its biggest weekly gain in two months.

But with an initial U.S.-China trade deal unlikely to be signed this year, and British Prime Minister Boris Johnson’s willingness to take a hard line on future Brexit negotiations, analysts said stocks had little reason to move much from current levels.

On Saturday, a report said the Italian government had provisionally approved a document to make it easier to revoke concessions to operate motorways. The decree does not mention Atlantia, but a government source told Reuters that the measures could be applied to it.