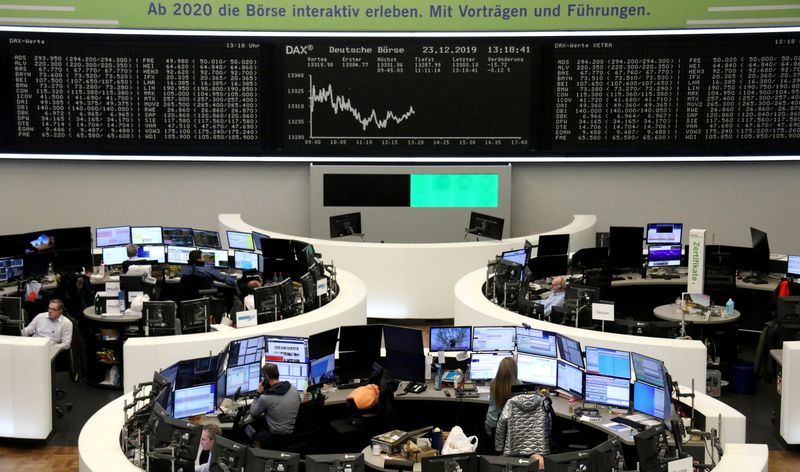 (Reuters) – European shares traded near all-time highs on Tuesday in a holiday-shortened week, helped by optimism about the global economic outlook amid progress in U.S.-China trade talks.

Investor sentiment has received a boost going into the new year with the apparent easing of two of the biggest risks to global growth: the prolonged Sino-U.S. trade war and an uncertain exit for Britain from the European Union.

After nominal growth in the second and third quarters, the benchmark index is on course to end the year with its biggest annual gain in a decade. Easy monetary policy is again expected to keep a floor under European shares in 2020.