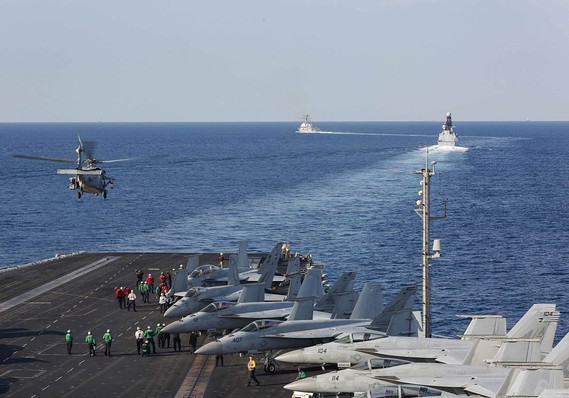 Oil futures rallied Friday, briefly lifting U.S. prices to their highest in eight months, after a U.S. airstrike in Iraq killed one of Iran’s top military commanders, sparking fears of an escalation of tensions in the Middle East that could disrupt the flow of crude.

West Texas Intermediate crude for February delivery CLG20, +2.34%  on the New York Mercantile Exchange rose $1.46, or 2.4%, at $62.64 a barrel, paring some of their earlier gains after trading as high as $64.09 — the highest intraday level for the U.S. benchmark since late April.

Need to Know: Why oil could hit $80 even without a ‘full-blown’ U.S.-Iran war

“If this were five years ago, oil would absolutely be above $100,” Helima Croft, head of global commodity strategy at RBC Capital Markets, in an CNBC interview Friday.

However, U.S. production has “blunted the impact in the market of geopolitics,” she told CNBC. “The question is how does the Iranian leadership respond,” as in the past, they have demonstrated a capacity to be very disruptive. “We do need to pay attention to what comes next.”

Read: Why the oil market rally on elevated U.S.-Iran tensions may be short lived

Read: Who was Qassem Soleimani, and why is his death a major development in U.S.-Middle East relations?

Also see: Here’s a look at the biggest movers among U.S. oil stocks after Iran’s Soleimani is killed

“We believe that an Iranian retaliation is almost certain,” said Paul Sheldon, chief geopolitical risk analyst at S&P Global Platts, in emailed commentary. “The chances of a broader conflict remain below 50%, although risks are entering new territory. The initial market reaction indicates Brent is capped at $70/Bbl, without another major incident.”

In a note, Mihir Kapadia, chief executive of Sun Global Investments, emphasized that “as Iraq is one of the world’s biggest producers of oil and a key member of OPEC, this will likely impact prices going forward, which although will not undo the hard work of OPEC throughout the year, it will certainly require investors to remain cautious for the foreseeable future.”

Caroline Bain, chief commodities economist at Capital Economics, noted that both the U.S. and Iran have shown reluctance in the past to engage in outright conflict, “but this does not preclude a period of heightened tensions and elevated oil prices.”

Oil prices were already rising before the attack, and the positive momentum could help keep prices elevated, she said, in a note. That is in contrast to the relatively muted reaction to the attack on Saudi facilities in September when investors were focused on a slowing global economy.

Meanwhile, data from the Energy Information Administration released Friday revealed that U.S. crude supplies fell by 11.5 million barrels for the week ended Dec. 27. Analysts polled by S&P Global Platts had forecast a decrease of 3.1 million barrels, and the American Petroleum Institute late Tuesday reported a 7.8 million-barrel tumble, according to sources. The EIA data were delayed from their usual Wednesday release due to the New Year’s Day holiday.

February natural-gas futures NGG20, +0.24%  tacked on 0.9% to $2.141 per million British thermal units. The EIA on Friday separately reported that domestic supplies of natural gas fell by 58 billion cubic feet for the week ended Dec. 27. They were expected to fall by 67 billion cubic feet, according to a survey of analysts by S&P Global Platts.